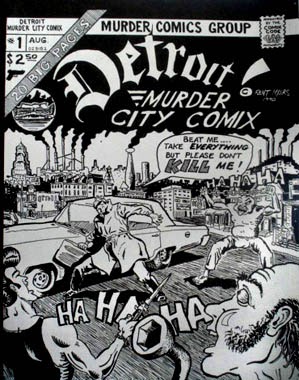 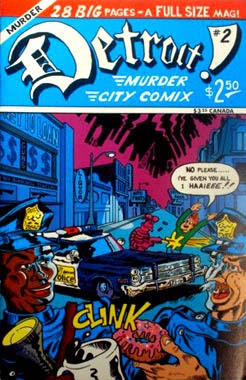 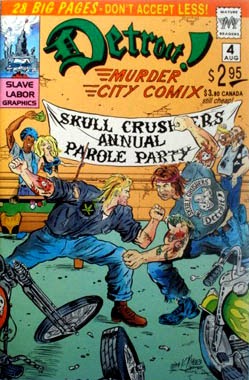 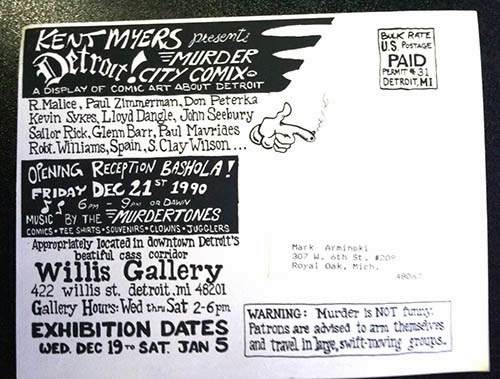 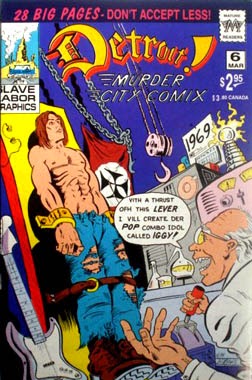 On the home front D!MCC was controversial and condemned by the mayor's office (Coleman A. Young) which added fuel to our fire. Outside of the 7-issue comic book, D!MCC has also appeared as a feature in many other publications including Film Threat, Gearhead, Filth, and Black Market among many others. I do both the art & writing for some of the smaller features, and D!MCC lives on with an occasional new story like one coming later this year in Specious Species #7, a San Francisco interview and culture zine.
at 5:20 PM

How do I get the comix ?