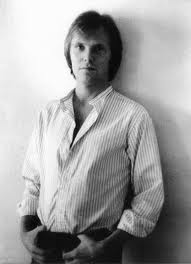 Scott Richardson
Hey gang! Got a really cool email today from Drummer KJ Knight and he sent me a song from the band The Fallen Angels... So when Scott R called today I got his take on the song "Big River" and KJ was so kind to give us some background on this band. Take a listen... I really like these tunes. Thanks KJ and Scott! xxooK From Scott Richardson.. Fallen Angels was band we put together after hanging around London 73-74. Had the great Kj on drums, I don't remember where we recorded it but am happy to find out KJ had a copy of it. 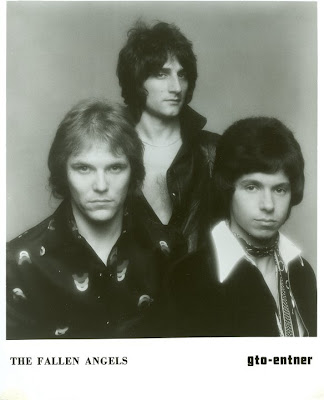 I recorded Big River written by Bob Seger because I think it is one of his best songs. There is something about that song that really moves me. I have always loved it. The song sounds as good to me today as when he wrote it. Thanks KJ for sending this in...

SR Big River Life is like a big river sinkin' or swim, depends on you you can take or you can be a giver if you got love you're gonna get through once, a good woman loved me I was kinda cruel, and she left me one day now I'm cryin', she loves another gotta go alone the rest of the way take, the advice of a loser who's been livin' too long alone follow your heart follow your rainbow and one day you'll find you are not alone Bob Seger 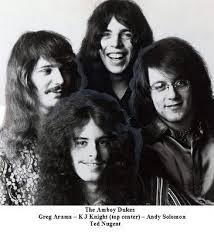 From KJ Knight
This session was done at ABC Recording Studios, Inc at 8255 Beverly Blvd. Los Angeles, California in I believe 1975.We recorded three songs, "Big River," "Ride The Wind," and "Someone Like You." The Fallen Angels was a great band and loaded with talent!!!

The group featured Scott Richardson on vocals. Other members included: Richard Haddad Michaels on bass, Mike Nardone on guitar, and me, KJ Knight on drums. Scott Thurston, who later joined Tom Petty and The Heartbreakers, played keyboards on a couple of these tracks. Email me for tracks

Original post is from Retrokimmer.com
at 2:13 PM No comments: