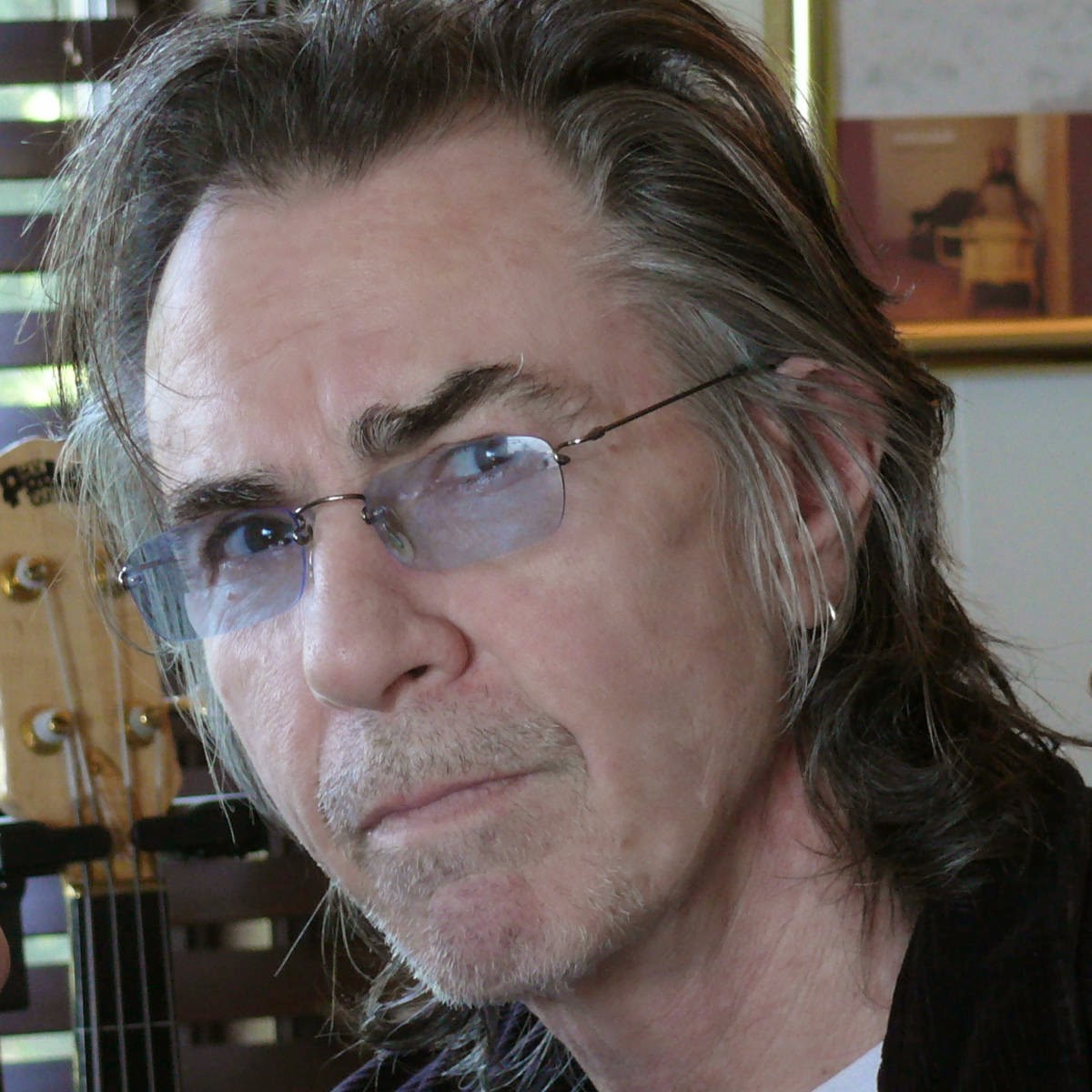 San Francisco, CA - Much to the excitement of music aficionados worldwide, bassist/composer Erik Scott will be releasing his sophomore CD 'And The Earth Bleeds' on May 8, 2014. Best known for his work with Alice Cooper, Sonia Dada, and Flo & Eddie, Erik's newest release takes the listener on an aural voyage through ethereal and otherworldly musical landscapes. 'And The Earth Bleeds' adds some vocals, gypsy violins, Celtic melodies, a dash of steel guitar, a wisp of French horns and other surprises to the soulful and mystic brew of his first 'solo' album, 'Other Planets'. And Erik continues to stretch convention with his melodic playing and bass-generated SFX.

Says Erik, “There are people who carefully plan out the direction of their music...smart. Then there's me. I pretty much have no idea at the start. I get in the music room and start messing around on something; bass guitar, chord changes on the keyboard, or a beat on the beat programmer. If I like something, it just starts to build. The lyrics on the five songs with lyrics on this CD...well, they happened later, when it seemed that the music alone wasn't saying all that I wanted.”

Among the eclectic mix, there is a definite Scottish influence in the music – especially on the tracks “Free”, “The Battle For Neverland” and “Run”. Erik explains, “I went to the Scottish Highlands and Edinburgh last August 2013. I had completely written and recorded 'Free' as an instrumental, when I was reminded of the price some people have paid for their freedom, in this case William Wallace of Scotland. It seemed that I needed to say a few words...not a lot...just a few. After returning from the Highlands, I found the trip had helped me complete the Scottish inspired pieces. The melody, originally played on bass, took on such a haunting beauty when played on the veille (medieval violin) by Shira Kammen, that I decided it was the music to which I should write the lyrics that became 'Free'.” 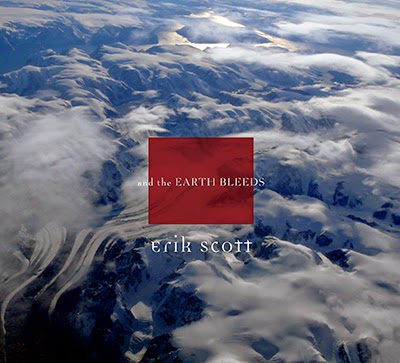 Erik Scott's first real break in the music business came in mid 1974 when he was hired to play bass for former Turtles/Frank Zappa's Mothers members Flo & Eddie (Mark Volman and Howard Kaylan). Erik recalls, “We toured and recorded constantly for about three years, making the 'Illegal, Immoral and Fattening' and 'Moving Targets' records. Flo and Eddie shows were known for alot of great hit songs from their career as 'The Turtles', cool stuff from the Flo & Eddie albums, some stuff from the Zappa years, and their usually profane and hysterical tirades about the excesses of pop stars and the music business in general.

That's how I first met Alice, onstage with Keith Moon at the Troubadour in LA singing 'Happy Together' (Turtles Hit) and 'Wooly Bully'. We went out in '75 with Jefferson Starship, whose 'Red Octopus' album went to #1 five different times, and in '76 we were out with the Doobie Brothers, whose 'Takin' It to The Streets' was also #1. In between we did a tour with Steven Stills, and gigs with Fleetwood Mac, among others. These tours, and the albums with Flo & Eddie, still stick in my memory.”

In 1980, Erik began working with the legendary Alice Cooper after a short stint with drummer Carl Palmer of Emerson, Lake & Palmer. Erik Scott, first hired as bass player on the 'Flush The Fashion' tour, later became a co-writer on 'Special Forces' and co-producer as well on 'Zipper Catches Skin', touring extensively behind the 'Special Forces' album.

After Alice, Erik spent some years as a session player in LA, with artists as diverse as Kim Carnes, Peter McIan, Franne Golde, Tonio K, and others. He also found time to co-write and play on the title song from Pops Staples' 'Father Father' album, which won the Grammy as Best Contemporary Blues album in 1994. He also played on the title song from Mavis Staples' album 'Have A Little Faith", which was recognized by the WC Foundation in the Gospel-Blues category for the year 2004.

In 1989, Erik formed the rock band Signal and released the album 'Loud and Clear' on EMI Records. The album was largely lost in a regime change at EMI USA, but gathered acclaim as an AOR melodic rock hit internationally…a bit of a classic actually. Three commemorative packages were released overseas: Japan, France (Axe-Killer Records), and South Korea. 'Loud and Clear' made many 1989 year end Top Ten and Top Twenty charts for AOR and melodic rock. 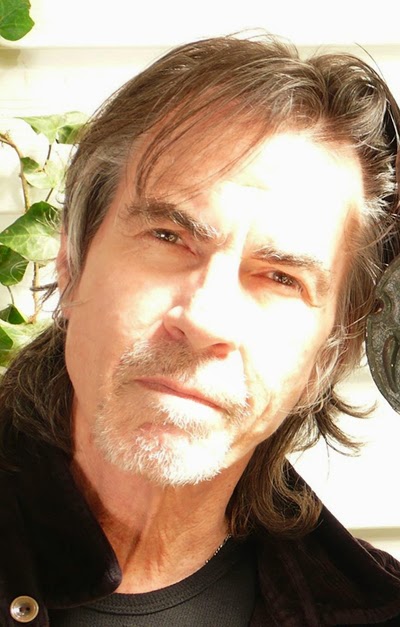 In the early 90's Scott became an original member of the band Sonia Dada. The group featured eight members: three African-American soul singers and five European-American players with backgrounds ranging from rock, folk, jam, psychedelic, jazz and R&B, all of which brewed up quite a genre-busting stew. Erik spent 15 years, and recorded 6 albums with the ensemble, “where a diversity and collision of styles awakened all kinds of possibilities in me, probably helping to inspire the unconventionality of my solo work”.

Although Erik is originally known for his work in the rock field, he has recently pursued a path in 'world' music. In 2009, he released the critically acclaimed solo album 'Other Planets'. John Diliberto, producer/host of the radio show 'Echoes', is quoted: “To say that his solo debut 'Other Planets' is a bass guitar album is to miss what a powerful, cinematic release he's created. It's an album that is more Pink Floyd than Jaco Pastorius.”

And now, Erik has taken his enchanting and mystical music a step further with the release of 'And The Earth Bleeds'. He explains, “Again, no plan... I premeditated nothing. The melodic nature of it, any chilled out nature of much of it, came mostly from the fact that the music was birthed in my studio with just me. Rock music generally happens when you have more than one person...a gang...a rock gang. These solo projects come more from a melodic and chilled-out rhythmic place, and a desire to experiment with the potential of the electric bass as a major melodic voice, in combination with violin, steel guitar, and other less-expected partners.”

In closing Erik has this to impart to his fans and listeners, “I guess I hope that listeners appreciate the soulfulness, nuanced performances, and spacey honesty that probably leaks all over the stuff.”

To purchase Erik Scott's 'And The World Bleeds' CD