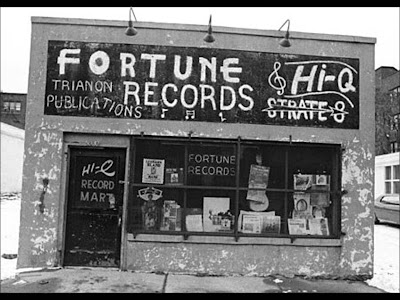 
THE FORTUNE RECORDS STORY
Ron Murphy is Detroit’s premier music authority and has worked in the music industry in Michigan for over 40 years. Ron’s story first appeared in a Michigan music magazine called R.P.M. in September of 1983. 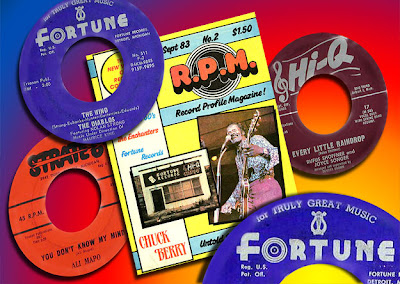 The first songs cut in the new (11629 Linwood) Fortune Studio were recorded on a Magnacord tape machine. In 1953, they purchased an Ampex model 350 which was used to record all of the Fortune masters, until the early sixties.


Fortune Records used simple basic recording techniques and just a few mikes that let the quality of the singers voices, and musicians playing shine through without any gimmicks.

The first time I visited Fortune Records was February 1960 and I was going to be a singer, so my best friend and I skipped school to go make a demo record. When we got down to the Fortune studio on Third Street and walked in, a man wearing a hat and an overcoat came out said “Hi boys, are you lost or what?”

Then he laughed and I explained that I had called last week about making a demo, then I asked again about the price just to be sure and he said “that’s right, I’ll give you couple of takes on a tape and then cut the dub for $7.50 – so are you ready? I said yes and gave him the money and we went to the studio in the back. 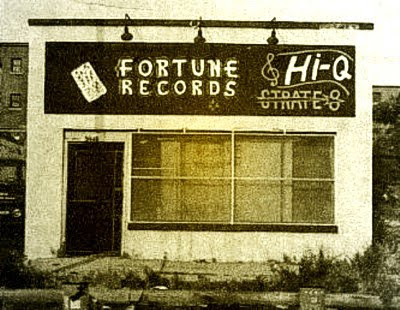 I recorded one song and went into the control booth to listen back. While listening the man said, “Well how do you like it?” I told him it sounded pretty good. He replied “What do you mean pretty good? I’m giving you my best sound!” 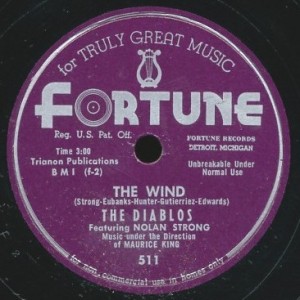 The Fortune Records story started almost 40 years ago. Devora came to Detroit from Cleveland, Ohio and was introduced to Jack Brown through a blind date set up by a friend. Devora was already writing poems and songs, even though Jack was working as an accountant at the time, he liked her songs and encouraged her to send them to a few music publishers.

Devora Brown: songwriter, pianist, record store owner, producer, engineer, song publisher and co-principal of Detroit-based Fortune Records...Jack Brown: co-principal of Fortune Records with their daughter, Janice By this time Devora married Jack Brown, and in 1947 after little response from other publishers they decided to start a publishing company and record the songs themselves. 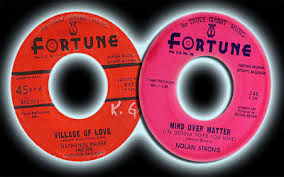 Jack and Devora Brown set up the publishing company with Devora’s brother helping out. In 1956 the Browns purchased the building at 3942 Third Street and moved into what was to become Fortune’s permanent home.
When Motown Records started to become successful around 1962, I remember asking Devora how come they let Motown get ahead of them. She replied “We had all those people down here but they sure didn’t play that way for us.”


Unlike most record companies of the 50’s, Fortune Records had a sound all of it’s own. You knew it was a Fortune Record without looking at the label. Just like Motown in the 60’s.


Other than the J-V-B record label started by Joe Von Battle in 1945 (which folded in 1968), Fortune has now become the oldest steady record producer from Detroit, Michigan. Out of all the record companies started in Detroit, including Motown who left, Fortune Records outlasted them all.
Ron Murphy September 1983

The Fortune Records Story by Rick Richards
Original Post
at 1:12 AM No comments: