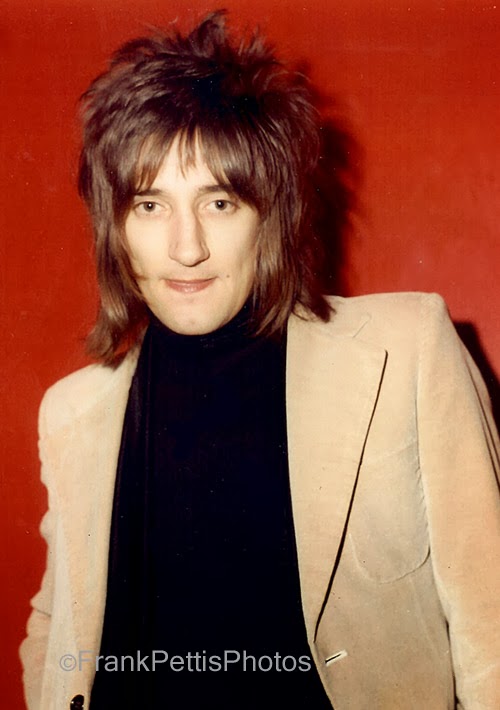 Detroit photographer Frank Pettis was always on the scene whenever Rod Stewart and the Faces were in town. Frank said the band was really friendly back then and the fans would often party after the gig. 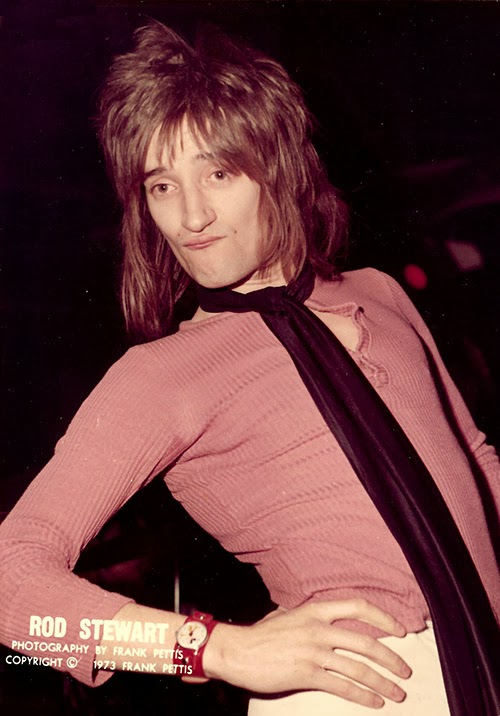 I wound up singing on stage with Rod Stewart & The Faces on April 18, 1970 at the Birmingham Palladium. Here’s how it happened. The Faces came to perform at the Eastown Theatre on April 3th & 4th, 1970, as I was the official Eastown Staff Photographer I had backstage access.

Upon my first meeting with Rod Stewart and the guys, I really enjoyed their music and we hit it off really good, not to mention that Ronnie Wood & I share the same birthday June 1st, so Rod invited me to a party the 2nd night at the local Holiday Inn where the Faces partied with their fans. 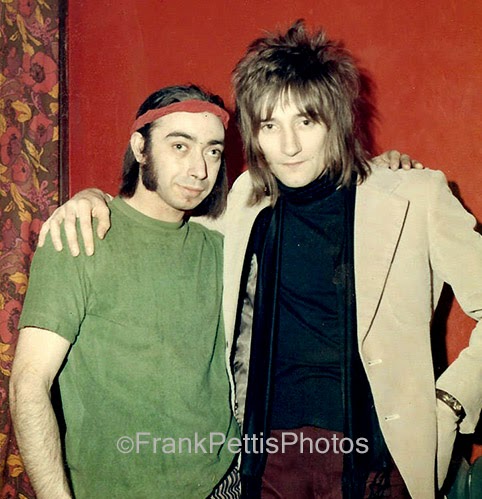 Since I was a photographer I made sure Rod had copies of the photos I took of them. The Faces came back to Detroit two weeks later, so I called up their manager Billy Gaff and he arranged for me to go down to the show at the Pallidium. I welcomed the guys back to town and they invited me to join them on stage. I was really excited and the big moment finally came when I joined the Faces on stage to sing . 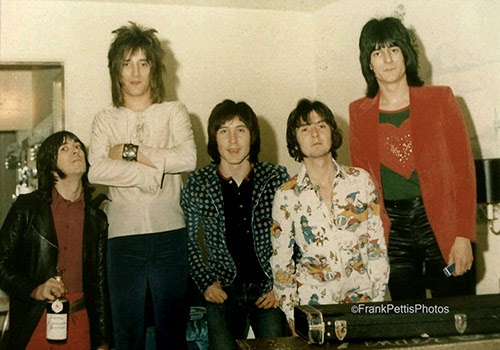 Some of the songs covered that night were “Wicked Messenger”, “Flying”, “Three Button Hand Me Down” and my personal favorite when Ronnie Wood plays slide guitar on “Around The Plynth.” The Faces played 7 more times that year including the November 7th concert at Olympia where 3 Dog Night opened the show. By the way because I always gave Rod copies of the Photos I took I was awarded the honor of having the group photo I took of them at the Holiday Inn used on the poster that was included in their 3rd album “A Nod Is A Good Wink…to a Blind Horse… 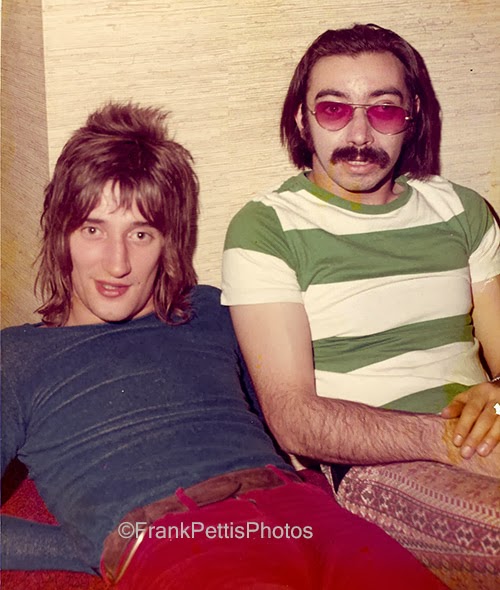 The Faces were finally inducted into the Rock N Roll Hall Of Fame in 2012, I was there but unfortunately Rod had the flu and didn’t make it. Thank you Ian McLagan, Ronnie Lane (R.I.P.), Kenny Jones, Ronnie Wood and Happy Birthday to you Rod Stewart. Those fans looking for the ultimate box set I recommend the 4 disk CD set “Five Guys Walk Into A Bar” on WB/Rhino. FP
at 8:03 PM 1 comment: