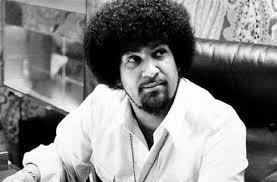 Norman Jesse Whitfield 5/12/1940- 09/16/ 2008 This weekend I saw a bit about Norman on VH1 or one of those shows. It got me thinking about just was an influence he has been on my life and also my musical collection. I wrote about "I Know I am Losing You" which The Temptations and The Faces both had hits with. Also take a look at "Heard it Through the Grapevine" which was a hit for Gladys Knight, Marvin Gaye and Creedance Clearwater Revival.

He is credited as being one of the ultimate creators of the Motown Sound, as well as a major figure in the late-60s sub-genre of psychedelic soul. Blending soul music with white rock n roll changed the face of music and the climate of racial equality is this country forever. His career was the envy of the music business for 20 years and beyond.

From 1966 to 1974, Whitfield produced most all of material, experimenting with sound effects and other production techniques. He found a songwriting collaborator in lyricist Barrett Strong the performer on Motown's first hit record, "Money." Norman wrote material for The Temptations and many other Motown artists such as Marvin Gaye and Gladys Knight & the Pips, both of whom recorded Whitfield's "I Heard It Through the Grapevine". The Gladys Knight & the Pips version was the best version in my opinion I loved the drums and that raw opening with Gladys's emotional voice., but Marvin's version outsold it by a long shot.


After Temptations lead singer David Ruffin was fired and Dennis Edwards stepped into the lead role in 1968, Whitfield moved the group into a harder, darker sound that featured a blend of psychedelic rock and funk heavily inspired by the work of Sly & the Family Stone and Funkadelic and also began changing the subject matter of the songs, moving away from love songs to the social issues of the time, such as war, poverty and politics.

The first Temptations single to feature this new "psychedelic soul" style was "Cloud Nine" in late 1968, which earned Motown its first Grammy award (for Best Rhythm & Blues Performance by a Duo or Group).

Production and Songwriting at Motown * 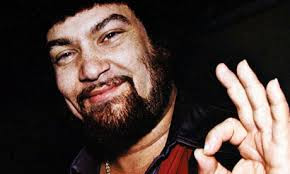 
I have met some people recently that have worked with Norman and they all tell me the same thing. He was difficult to work for... but oh what a genius behind the boards. He was a bit of a recluse and did not suffer fools. Seems that most of our truly amazing musicians and producers were a bit odd. Phil Specter, Keith Richards, Iggy Pop, David Bowie, Fred Sonic Smith. All gifted with genius but somewhat lacking in social skills... I know that is a huge understatement... Magical Norman Whitfield...what an accomplished career. So proud to have had him in Detroit for many years... Read More on RK Florence Ballard Shindig and Hullabaloo Lou Christie