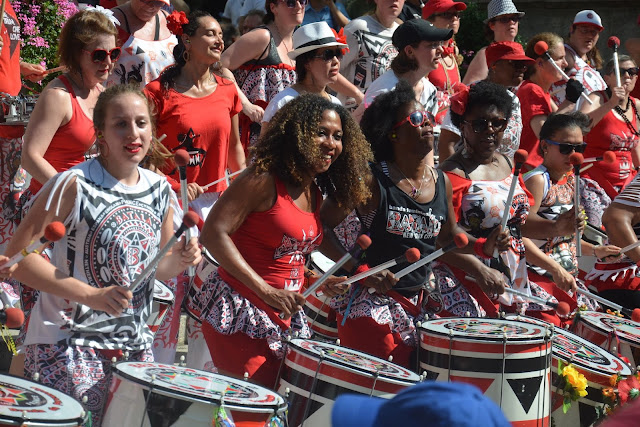 A Two-Time Rock and Roll Hall of Famer, a Legendary Composer and Pianist, a Jazz Virtuoso, a “Nashville” Star and Musician, Noted Composers/Percussionists, a Hollywood Actress-Turned-Rocker and a Grammy Award-Winning Singer/Songwriter Among Ambassadors

June 8, 2017 – Make Music Day, the annual global celebration of music occurring each June 21 and featuring over 4,000 free, outdoor concerts, music lessons and jam sessions in over 60 U.S. cities, today announced its lineup of artist ambassadors. The all-day musical celebration on the summer solstice brings people of all styles, ages and skill levels together to make music.

“What I love about Make Music Day is that it brings music out to the public with no barriers or boundaries,” said Christian McBride. “On June 21, you never know what you might hear – a jazz trio on a train platform, a funk band in a prison, or a string quartet on a porch. They’re celebrating every kind of music and bringing people together.”

“By uniting music makers from every walk of life, it reminds us that music is bigger than any one culture, viewpoint or experience and that we can revel in being humbled by it,” said Dave Monk of Tokyo Police Club.

“Why do we love Make Music Day?” asked OK Go. “Because for one day of the year music gets to run free in the streets in all of its most insane and mundane permutations.”

Us the Duo added that “Although music is constantly happening all around us, Make Music Day celebrates it in one glorious day of sound-making in the streets of a city or town near you.”

Charles Esten noted: “You think you're someone who ‘can't make music?’ I think you might just be someone who hasn't explored all the ways that you could. Spend a couple hours in a music store. Try instrument after instrument. Don't be self-conscious. Just have fun. You're not playing for anybody else. You're playing for yourself. So keep trying.” 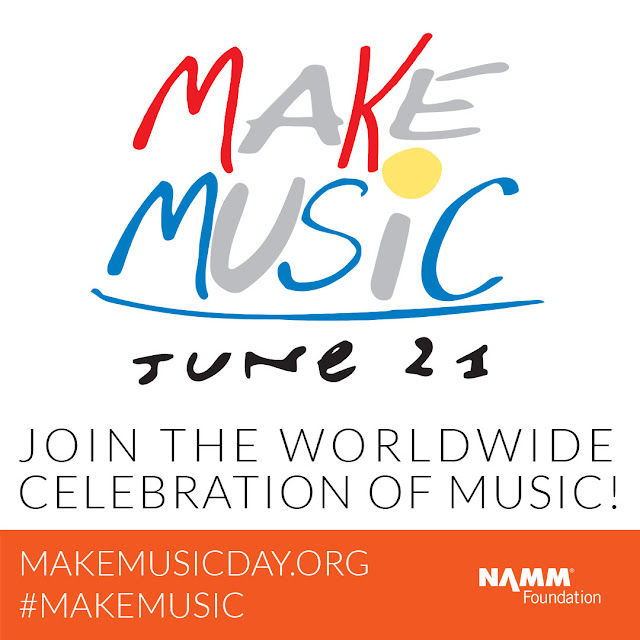 The artist ambassadors will be sharing their love of music, and music making, with their fans and the public in the days leading up to Make Music Day.

Completely different from a typical music festival, Make Music Day celebrates and promotes the natural music maker in all of us, regardless of ability. Every kind of musician – from bucket drummers to opera singers – pours onto streets, parks, plazas, porches, rooftops, gardens and other public spaces to share their music with friends, neighbors and strangers.

Make Music Day national highlights include Sousapaloozas that bring together hundreds of brass and wind musicians to play the music of John Philip Sousa, Street Studios that feature DJs and producers bringing gear and engaging passersby in the spontaneous, collaborative production of original music on the street, and more than 175 Mass Appeal events that bring together musicians of all levels and ages to make music in large, single-instrument groups led by experienced facilitators.

Make Music Day, which began in France in 1982 as the Fête de la Musique, has since grown to more than 750 cities cross 120 countries, and is presented in the U.S. by The NAMM Foundation and coordinated by the nonprofit Make Music Alliance.

All Make Music Day events are free and open to the public. For the full schedule of events in each city and to register to perform or host musical events, please visit makemusicday.org.

About Make Music Day
Held annually on June 21 to coincide with the summer solstice, Make Music Day is part of the international Fête de la Musique, taking place in more than 750 cities across 120 countries.

The daylong, musical free-for-all celebrates music in all its forms, encouraging people to band together and play in free public concerts. This year, more than 60 U.S. cities and the entire states of Vermont and Rhode Island are organizing Make Music celebrations, encompassing thousands of music making opportunities nationwide. Make Music Day is presented by The NAMM Foundation and coordinated by the nonprofit Make Music Alliance. For more information, please visit www.makemusicday.org.