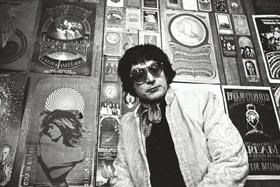 Had a fun conversation with my friend Jack Ashton the promoter from Los Angeles the other day. We were talking business mostly but the topic of Detroit Rock Impresario Russ Gibb came up... 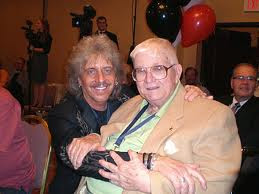 Russ of course is the famous creator of The Grande Ballroom in Detroit, Michigan... The Grande featured local, national and international rock bands of the day... some of which were.... Cream, Jeff Beck, SRC, Thyme, Prime Movers, The Chosen Few, The UP, and Iggy and The Stooges.

The "house" band at The Grande was The MC5 (Motor City 5). The 5 were famous for being rowdy and always getting in the faces of bands who didn't bring it... or "Kick Out The Jams". 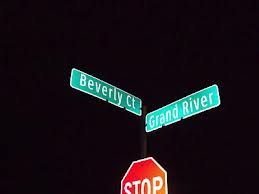 "Uncle" Russ Gibb made a brilliant choice in having the MC5 as his guide to all that was cool during this time. According to many friends Russ and I have in common, it was the MC5 that picked such an eclectic group of bands that lifted The Grande Ballroom into Detroit Rock legend. 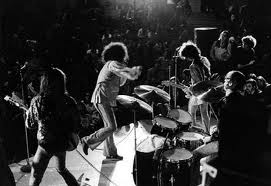 The MC5 photo: Robert Matheu
The combination of Uncle Russ, the MC5, the emcees Stanley T Madhatter, Dave Miller, famed poster artist Gary Grimshaw and the very low ticket price helped create one of the most happening places to catch a rock show in Detroit, heck maybe even the world... 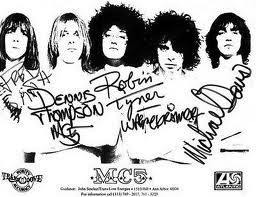 
"Uncle" Russ Gibb (born 1931) is a former concert promoter, and media personality from Dearborn, Michigan, probably most famous for his role in the Paul is Dead phenomenon, a story he broke as a DJ on WKNR-FM. After a visit to the Fillmore West and a talk with promoter Bill Graham, he operated Detroit's Grande Ballroom and was a major player in the late sixties/early seventies Motor City music scene. He was instrumental in giving the MC5, Ted Nugent and Iggy Pop their start. The Grande Ballroom also was where the Who played their rock opera, "Tommy," for the first time in the United States.


Gibb also owned or leased other live music venues around the Mid-West including the Eastown Ballroom, Michigan Theater . He expanded his music endeavors when he invested in Creem magazine.
ORIGINALLY POSTED HERE
at 9:00 AM No comments: