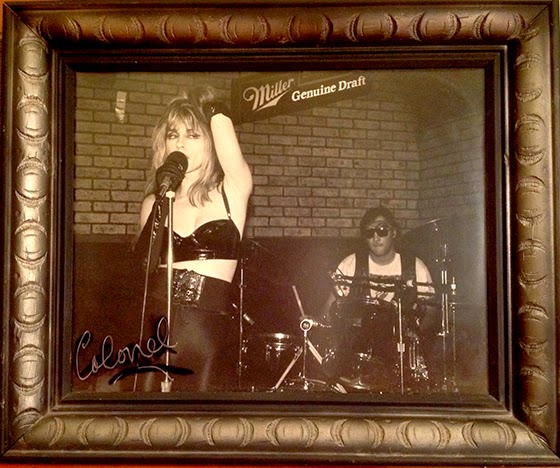 If you ever had the nerve to be within Scott Asheton's force field, you'd have been stunned by his pale, BLUE eyes. He had a deceptively calm demeanor. Dangerous? Yes. You'd find yourself behaving very carefully. This was mid-70's, Ann Arbor.

Scott played drums with Sonic Rendezvous (Fred Smith-MC5, Scott Morgan-Rationals), at Second Chance, a ballroom/bar. Seeing him only made me (and FEW others at that time) miss The Stooges, since their disintegration years before. The last time I saw them: When Metallic K.O was recorded in Detroit.

Scott was a rock solid drummer. His friends called him "Rock.” His tattoo said "Rock Action".  People even now are intimidated by the memory of him, though he passed away in March 2014. Some wrote me: "He scared the BEJESUS out of me." But his friends adored him. He was a liked guy. No one could stay mad at him.

We met in that club's dressing room. The Ramones also played that night. I wrote for a Parisian mag- “A Letter from Detroit" sort of thing.   That summer of 1977, Ron Asheton returned from L.A. Finished with his interim, now defunct band, New Order (with Dennis Thompson-MC5). In the next few weeks, he became lead guitar for my band, DESTROY ALL MONSTERS. DAM had been, up till then, a basement Art/Noise unit. DAM with Ron Asheton promised to be eccentric & somewhat dazzling to an expectant local music landscape. 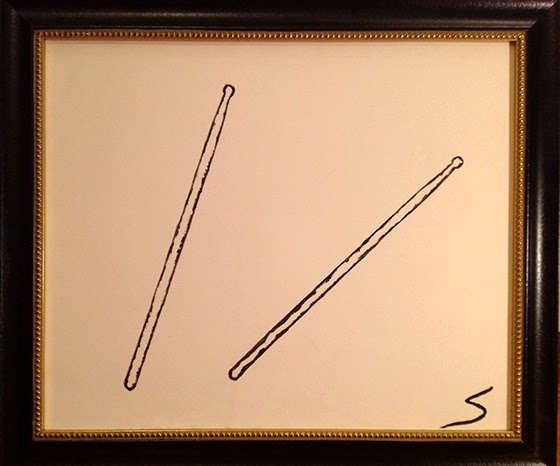 Ron brought me to live at the Asheton House. Mrs. Asheton's house. Ann Asheton. "Ann My Ann's" house. Scott lived there too. The brothers were older than I was...one of Ron's relations took to calling him, "Humbert Humbert".   At this point Scotty was not consistently looking for fights. He'd just put a friendly stranglehold around various necks.

Once, at a bar, he flattened a patron for getting a little sloppy with me. It may have been his sense of loyalty. It may have been his sense of recreation.   Ron had a saying: "The bigger the front, the bigger the back", meaning whatever persona you're selling on the outside, it will be the opposite of what's on the inside.  Your regular barroom guy (and also persons with any sense) would keep at a safe distance from Scotty.

At all events, whenever children were in Scott's vicinity, they were drawn to him like a magnet. It was axiomatic. They recognized his child's heart.   Ann Asheton was the head of meal planning for the entire Ann Arbor school system.

Our schedules barely overlapped. Then she'd return in the evening and plan dinner- though none of us ever ate together. She was capable of running a strict household...except that she had given birth to two Stooges so she had seen it all.   One time there was no bread on the table. Scott questioned, " NO Buns? No Buns, my babe, No Buns."

The Routine:  We'd sleep till late afternoon, and then went to our respective band practices. After practice, if there was a party, we'd inevitably meet up.   During daylight hours, Scotty was often non-communicative, grouchy. But we were so busy, and life moved forward. But at night, refueled with necessary libations, he was charming. He was himself. If you found him at a party, you ALWAYS knew where to find him. He was static. He was anti-mingle.

Other times, we'd head for some club. Every current and upcoming Punk band traveled through Joe's Star Bar. When they became more famous, they'd play at the aforementioned, The Chance. We played the same circuit locally. The bands would want to meet us.

They would especially like to tell Ron that his guitar playing was their Holy Grail. It was said by EVERY band's guitarist. The braver ones were also excited to meet Scott.   If we didn't go on to an after hours party, Ron & I would come home and continue cocktails. Scott would arrive a bit later.   Ron would rock in the den (he was a rocking chair addict) which was open to the kitchen. Scott would begin gathering his one real meal...after hours of torturing the drums.

For kicks, Ron quietly would pursue the hobby of writing down everything Scott consumed. The lists cracked Ronny up, being so vast and varied, Scotty's appetite being creatively inspired by marihuana. He'd sometime stand in the kitchen, push out his stomach, pat it and muse: "...Yeah...I think I'm going to get me that jumpsuit."!  Ron and Scott were masters at turning nothing into a good time. Deep down they had the wounds of being kicked around. Ron really knew how to tell a story. Scott was more the one-liner type.

Though they remembered the good times in The Stooges, they could never forget the painful ones. Ron could transform anything depressing into an irony or a funny joke. They both had practice at that.  Scott was even younger than Ron when they lost their father. He was an aviator in WWII who gave young Ron piloting lessons. The young Scott became a loner type, a rebel.  They seemed so different, almost opposite. 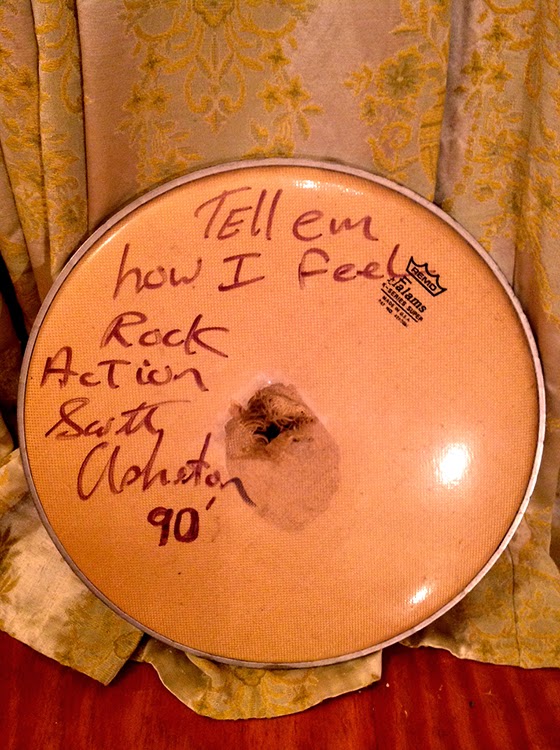 But their humor was interwoven. There was shorthand there, key words and verbal signals that were unexpected and unique only to them...and hilarious.   If we weren't practicing, recording or touring...the nights were ours. Ron and I would hang out in the den. The TV was on the one late night channel: "Cinema Sixty-Two".

The station had a rotation of three movies. The announcer had a lisp, so it was: "THINEMA THIXTY-TWO". Scott was up in his room watching the same thing. He'd come down at every commercial to convey some one-liner spoofing the film, or whatever. We'd never know what to expect.

Sometimes Scott would bring down a "priceless gem" - like show and tell - to entertain me. (His room was always locked, as soon as he went in or out). He had nothing really. But he'd make something of nothing. Once it was their high school year book (photos of Ron, none of Scott) with scrawling to Scott from lovesick girls. When I lived there, one woman wrote Scotty a letter or poem everyday. He'd leave these on the kitchen table, opened...and then, unopened.

Eventually Scott would tell me of a special movie that was going to be on. Something he liked, that he thought I would like. Tennessee Williams, Brando, a quirky, bittersweet love story. Really unexpected.  Ron liked war movies and could answer every question on those egghead game shows. (Of course, both loved The 3 Stooges. Ron had EVERY one of them memorized by heart. Though you already knew that he was the one who christened "The Stooges").

Once there was a siege at the Asheton House. I don't know how it started. Scotty got his nudie mags and cut out ONLY ASSES and taped them up wherever Ron and I would unexpectedly stumble across them…on our bedroom door...the lampshades! Anywhere where it would be in our faces! It went on for a week-at least. Whenever we thought it was over, we'd open the fridge and... ASS!

Meanwhile, just the rumor of a band called DESTROY ALL MONSTERS with Ron Asheton playing guitar had everyone buzzing. Our first show sealed the deal. We became press darlings. We traveled, played wild gigs, toured England. Ron and I soon moved out of the Asheton House.

In the mid-80's to mid-90's, I moved from Ann Arbor to front Detroit's DARK CARNIVAL. Ron joined soon after. Scott became the drummer. We practiced from where this is being written. On the wall hangs a Remo hard core drumhead...which Scott had busted through in no time. It's signed: "Tell 'em how I feel, Scott Asheton".

I can never go back to those days. But sometimes, they come back to me.  Last night I dreamed that I was standing in front of the Asheton House.  And light was shining from its windows
at 12:07 AM 15 comments: