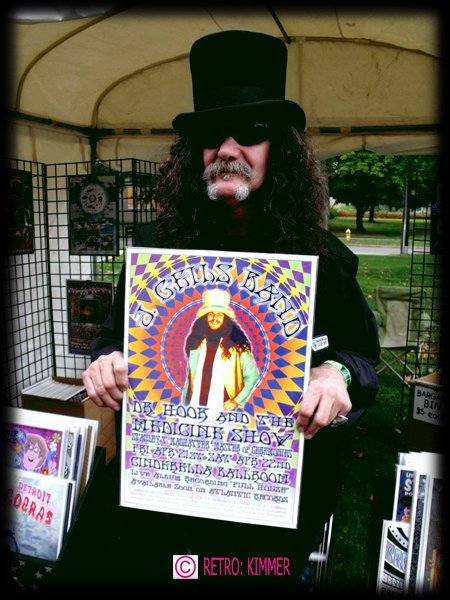 Stanley The Madhatter, a well-known figure on the Ann Arbor/Detroit music and art scenes, died Monday in Ypsilanti at age 62.

Madhatter wasn’t his real name, of course: Stanley Zillifro seemed somehow too ordinary a moniker for his outsized, mid-1960s counter-culture persona. Growing up in Hamtramck, he emceed hundreds of rock and roll shows at Detroit’s historic Eastown and Cinderella theaters and the Grande Ballroom. 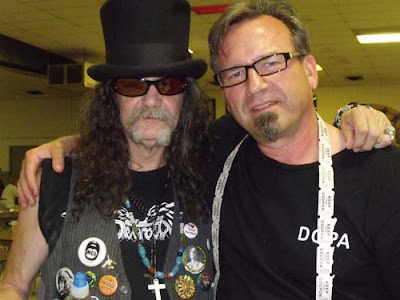 He was a fixture during the mid-1970s and 1980s at the Chances R/Second Chance and Nectarine Ballroom nightclubs in Ann Arbor, where he had a hand in nearly every aspect of music presentation.
“Anyone even peripherally involved in the southeastern music scene in Michigan knows Stanley,” said John Carver, who owned the Second Chance / Nectarine Ballroom (now Necto) on Liberty Street.

Zillifro was recently diagnosed with late-stage prostate cancer, according to Carver.

Sporting mutton chop sideburns; a Fu Manchu moustache; and long, curly black hair, The Madhatter was generally attired in a hippie-inspired wardrobe, often with a vest festooned with buttons promoting rock and roll bands. Whatever he wore, the outfit was always completed by the black top hat that inspired his Stanley The Madhatter persona. 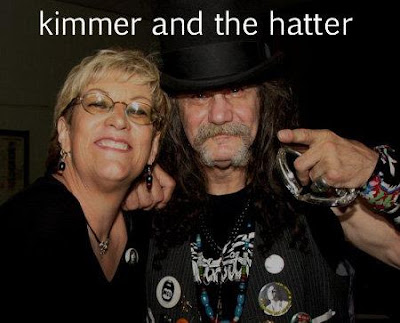 He moved to Ann Arbor in 1974 but had lived in Ypsilanti for the last 10 years. Poet/activist John Sinclair this morning he was saddened to hear of Zillifro’s passing. “I've known Stanley since the mid-1960s, when we were both in trouble with the marijuana police and all through the years since the Grande Ballroom and Trans-Love Energies and the years and years since he's been in Ann Arbor.

He always had a joint and a little piece of candy and maybe something more exotic to share with me whenever I saw him, and frequently he would come and see me perform when I was in Detroit or Ann Arbor or Ypsilanti, which is the ultimate mark of a true friend in my little world,” Sinclair said. “Now we'll have to see him again in the spirit world.” 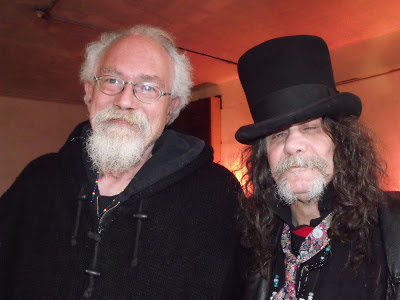 Sinclair wasn’t the only one with Madhatter memories.“In a scene full of characters, he stood out big time,” said Gary Quackenbush, Ann Arbor-based guitarist for the respected 1960s/70s rock band SRC. 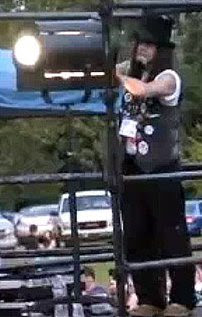 Working the Spots at Elvis Fest 2010

Detroit artist Carl Lundgren, knew The Madhatter for more than 40 years. “He remembered everybody and everything from the ‘60s. He had stories … he was constantly telling me of places that he’d been and things he had done,” Carl Lundgren recalled. “He was a very colorful and a lot of fun.” 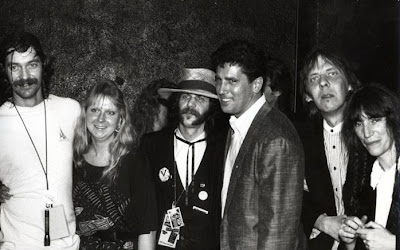 “Stanley was the tough flower child,” he recalled. “He was a champion wrestler as a kid and he grew up on the east side of Detroit. He had a heart of gold, but you couldn’t push him around. You could trust him with anything.

“He was there in the ’60s with the White Panthers at the White Panther house, he spent time in San Francisco on Haight-Ashbury. He’d been there, done that. He was ubiquitous and highly regarded. People trusted him. He knew all the promoters from the old days and his voice has been on several major albums, including the J. Geils’ Band live album ‘Full House.’” 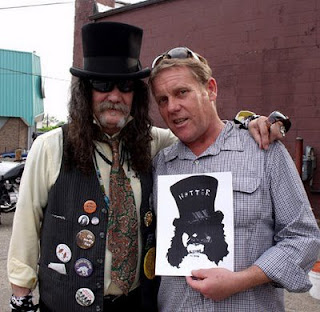 Madhatter with Dave Wakeling of the English Beat

An avid collector of 1960s rock and roll posters, he was active in recent years promoting and hosting shows that featured that style of art.

He was invaluable at the Second Chance and Nectarine both onstage and off, Carver added.

“He was involved in every major show that was put on there, as an emcee or a DJ or as gatekeeper for the dressing room. He knew who to let in and who to keep out. No one got by Stanley. … I think he attained legendary status. Stan kind of tied the rock and roll scene together — he loved the music and he loved the musicians and he loved to make his presence known. He seemed to be everywhere. He had a blast.” 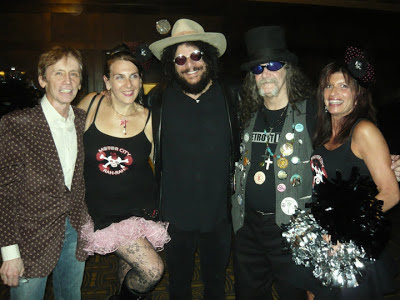 As word of The Madhatter’s death spread, comments came quickly to his Facebook fan page. 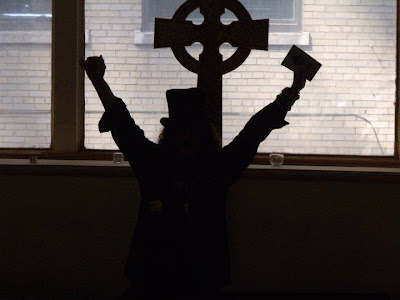 “He always reminded me of a time when having fun was a political statement. We've lost a friend and the universe has gained an emcee,” wrote Ryan Matthews of Royal Oak.

Email ThisBlogThis!Share to TwitterShare to FacebookShare to Pinterest
Labels: detroit, In Memorium, MC5 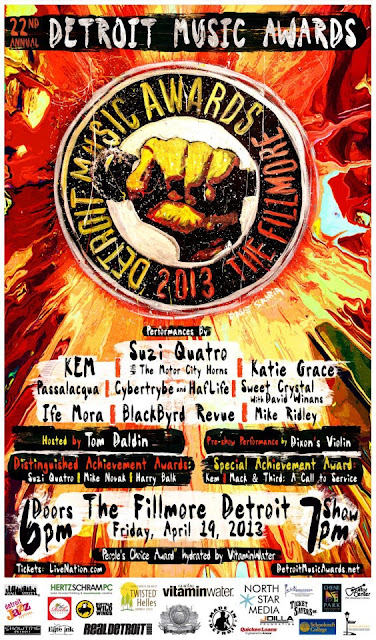 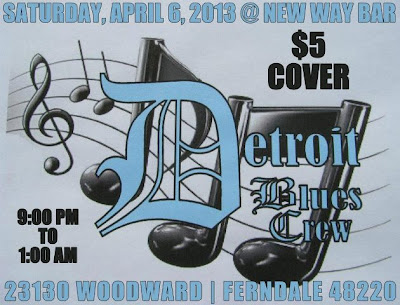