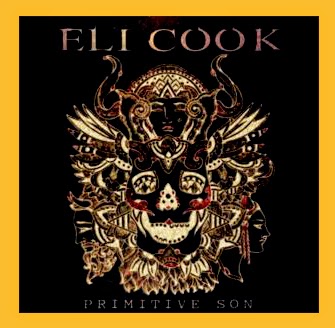 
Says Eli, “ 'Primitive Son' is a mix of modern and old-school blues with contemporary topics and an emphasis on lyricism and arrangement in an epic bar-rock format. With production and vibe, much of the material was constructed be a kind of 'Exile on Main St' with modern recording and songs, type-of-thing. There are a few more slick production pieces that we pushed in an almost cinematic direction for dramatic effect, and that comes from me being a film score nut. I like creating dynamic arrangements with limited instrumentation.”

For more information: www.EliCook.com
at 9:30 PM No comments: