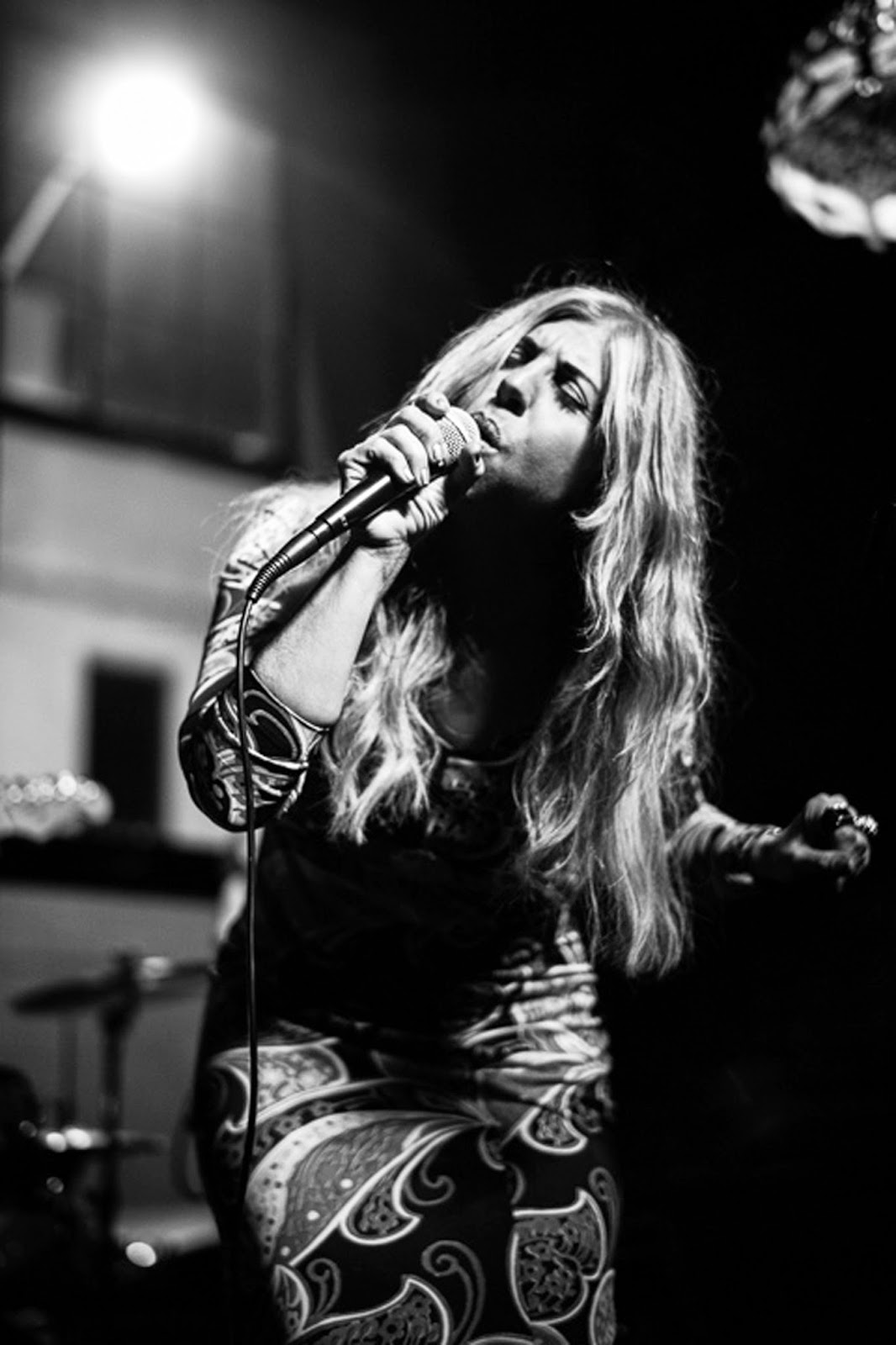 
“When I get on stage, I completely loose it. I go with the feel of the music and the energy from the audience. I don’t think about anything, I just go with it.” 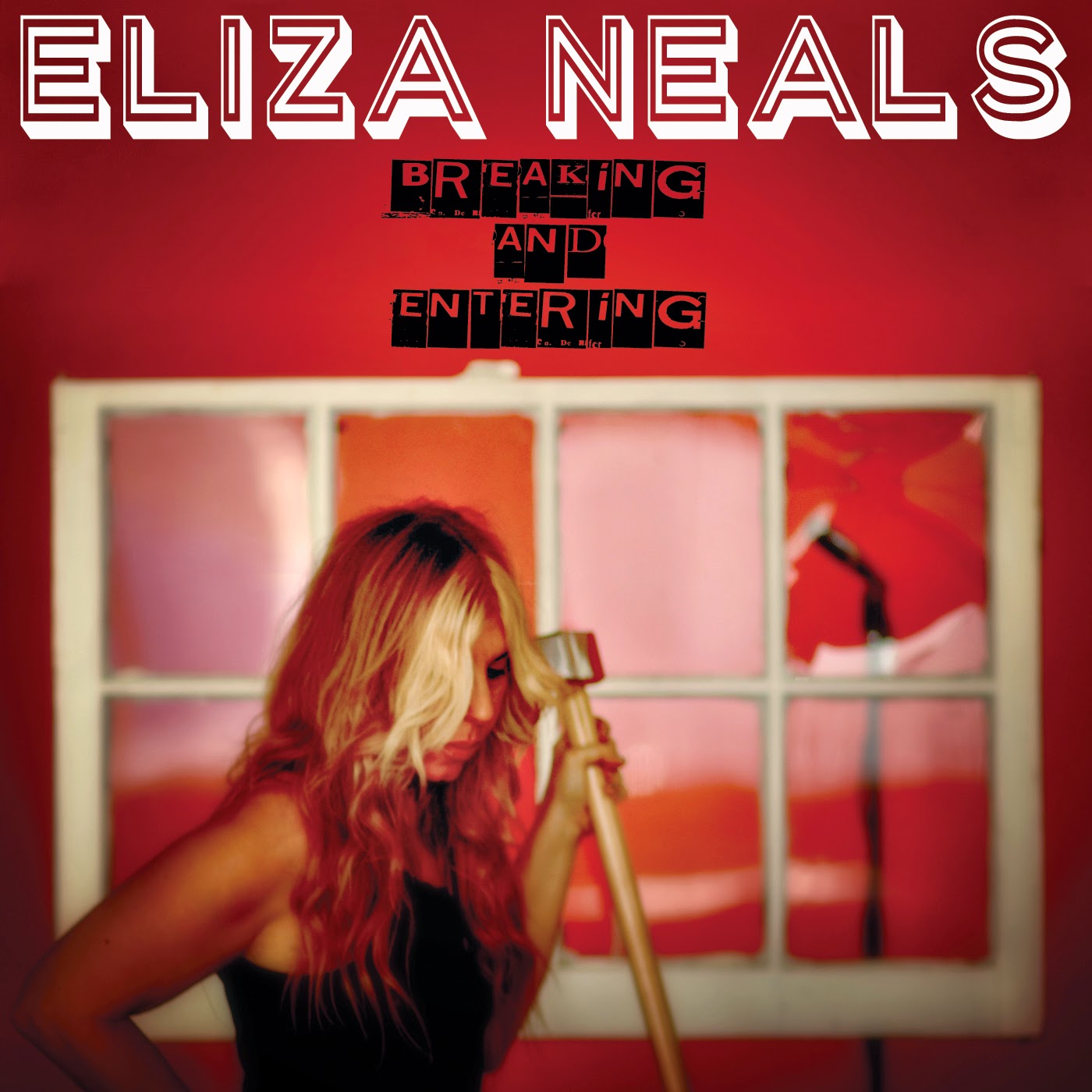 Eliza Neals, a Sanger not a Singer
By Jackie Wallace


This past summer at the Royal Oak, Michigan festival, Arts, Beats & Eats, I was lured into a performance by a big, bluesy, voice. The sound was electrifying and I was instantly intrigued. That voice was that of Eliza Neals and the Narcotics. They undoubtedly stopped people in their tracks and sustained the attention of a packed crowd and I immediately wanted to know more.

Born and raised in the suburbs of Detroit Michigan, Eliza Neals has earned the respect from music fans of all genres. Neals began her music career at a very young age, singing and playing piano, and she later pursued a degree in Opera from Wayne State University. Her love for Motown coupled with her signature soulful voice led her in the direction of Blues. She has experienced the high points in her musical journey, such as when she was signed to a developmental deal with Virgin Records. As well as some lows, Virgin label changed directions, and the deal fell through. Despite what challenges she faced, Eliza continued to pursue her dreams.

Within the last two to three years, Eliza’s musical career has exploded. She has graced the covers of Detroit Magazines, and has been a multi nominee at the Detroit Music Awards, winning "Outstanding Blues/R&B Recording (album)," "Rock Songwriter,” and "Outstanding Blues Songwriter.” Eliza Neals and the Narcotics were featured as part of the “Hot 100 Live Unsigned Artists/Bands of 2014” by Music Connection Magazine.

In 2013, Eliza Neals was voted by Real Detroit Weekly readers as the “Best Blues artist/group in 2013.” Her music is played on Pandora, Discovery Channel, HBO, the list goes on. Neals, currently resides in both New York as well as Detroit. “The success did not come overnight,” explains Neals. “I have been at this for some thirteen years, writing, recording, gigging, touring and then repeat.”

Part of her success comes from surrounding herself with talented people both musically as well as business minded. Her production team includes “her man” and business partner, HJ, as well as Detroit legend, Barrett Strong, whose résumé consists of working with greats such as the Temptations, Marvin Gaye, and others. In addition to co-writing on each others albums, Strong has been a mentor to Eliza and has played an active role in her career offering priceless advice and guidance. 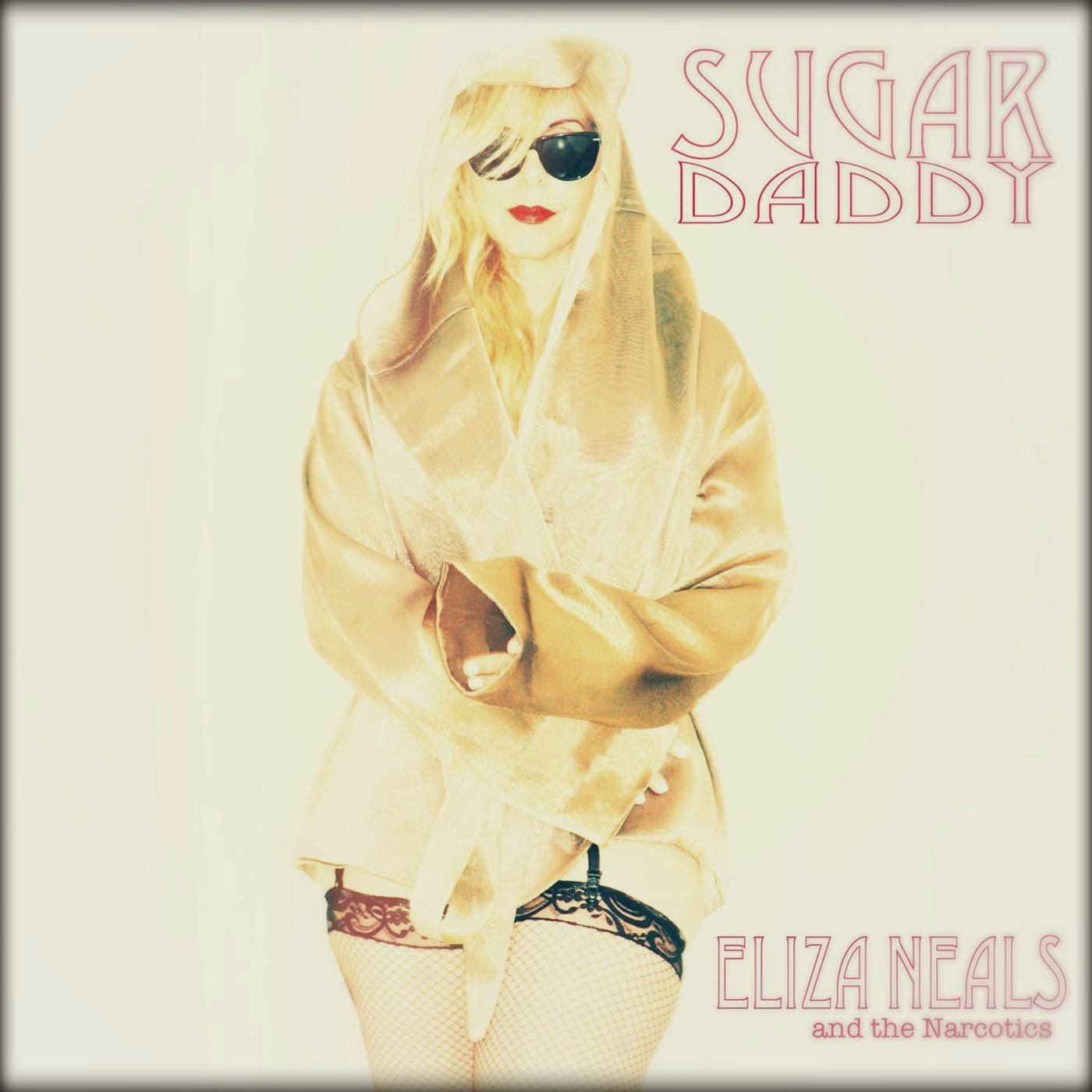 Eliza has spent the last year working on her new album titled “Breaking and Entering.” This new album showcases the soulful elements in her voice that identify her as a “Sanger” and not just a “Singer.” Her vocals have earned her such titles as, “The Detroit Diva,” and as her fans from the south refer to her as “Northern Soul”.

The album unleashes the Detroit Diva’s sass, with catchy hooks such as “Now let me tell you ‘bout the time when I caught him with a girlfriend of mine” (Sugar Daddy). “Breaking and Entering” is a merge of retro meets new funk that will continue to appeal to her loyal blues fans as well as cross over to mainstream music, gaining the likes of a new generation.

Neals will be featured on Detroit Fox 2 News on January 30th, 2015 at 9:00am with her band, The Narcotics, to promote her performance on January 31st. The band is made up of some of Michigan’s music icons, which includes blues guitarist Howard Glazer (EL 34’s), hit producer, Mike Puwal (CannonBall Records, ICP), guest guitarist, Kenny Olson (Kid Rock), and Gabe Gonzalez (George Clinton) on drums.

Eliza Neals and the Narcotics will be kicking off the Blues Festival on Saturday, January 31st, 2015 at The New Way Bar in Ferndale, MI, at 9:00pm. The two-set show will include songs from her award winning album, “Messin’ with a Fool,” as well as a sneak peak into “Breaking and Entering.” Although the album has not been officially released, it will be available for sale that evening and can also be purchased from CD Baby and iTunes.

After kicking off the Blues Festival in Ferndale, Eliza Neals and The Narcotics will head down to Miami for their “Breaking and Entering” album release concert on February 20th, 2015 at The Will Call Venue in Miami, FL.

If the cold weather has you singing the blues, head out to The New Way Bar in Ferndale, MI on January 31st to cozy up to the sultry sound of Eliza Neals and the Narcotics. 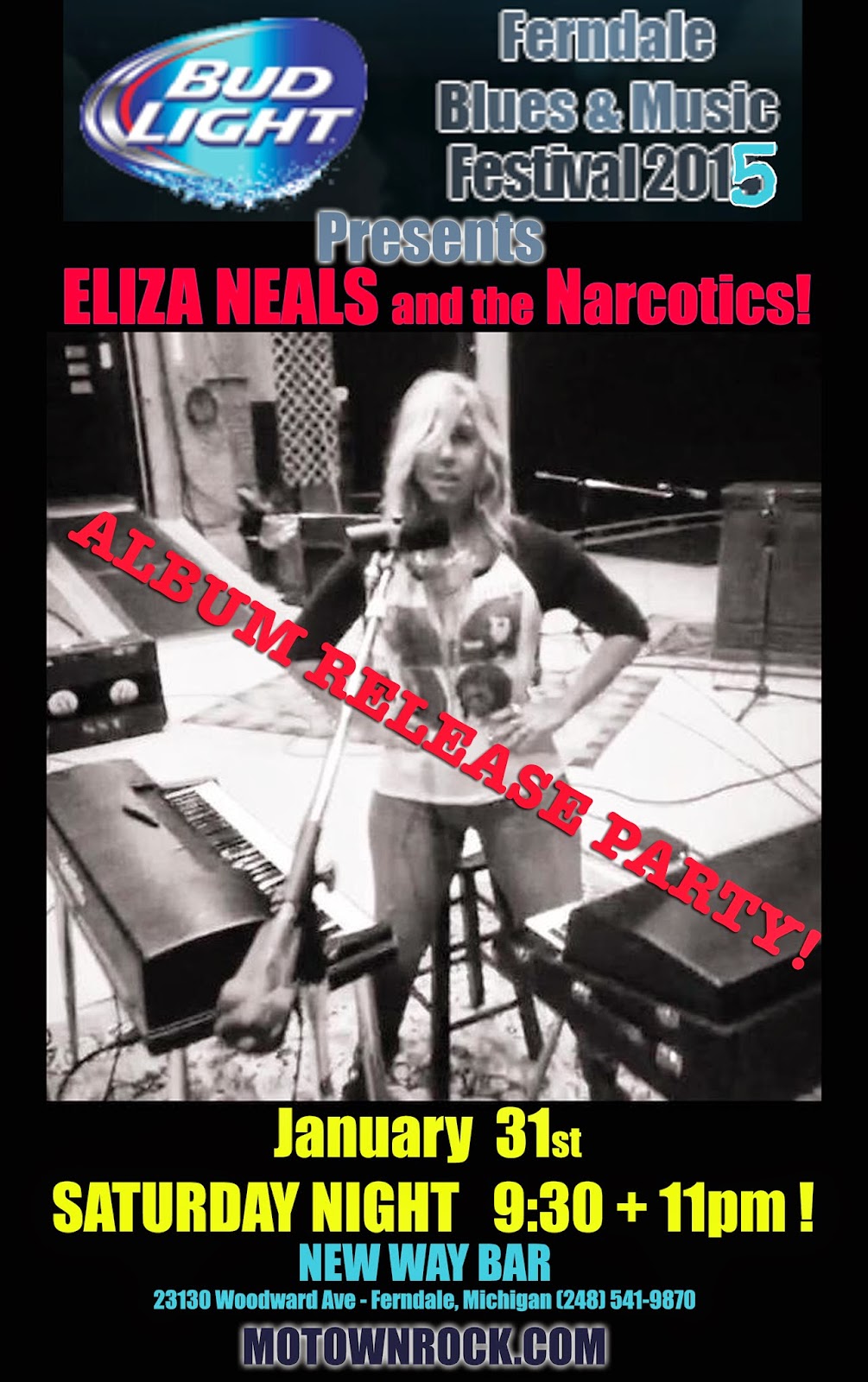 For more about Eliza Neals: 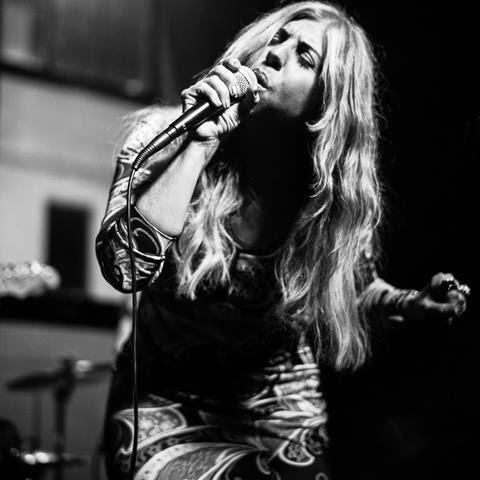 Here's the latest from Eliza Neals and the crew..they are playing Halloween for some tricky fun plus a costume contest. 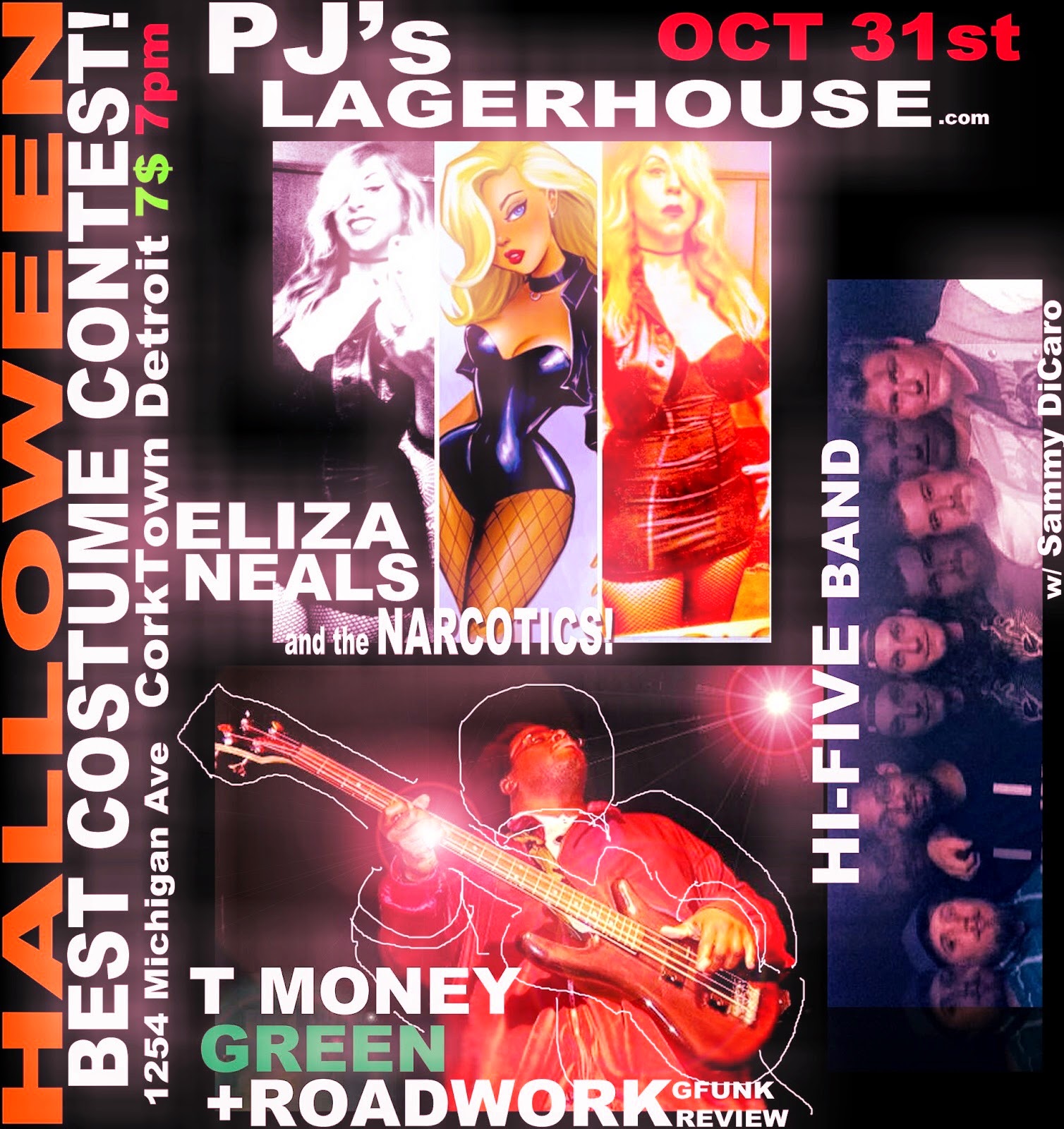 Her new album is coming together in an unreal way and Eliza would like to send our fans a free download of my the Detroit Diva's single "sugar daddy" go grab her tune at ModernMotown.com 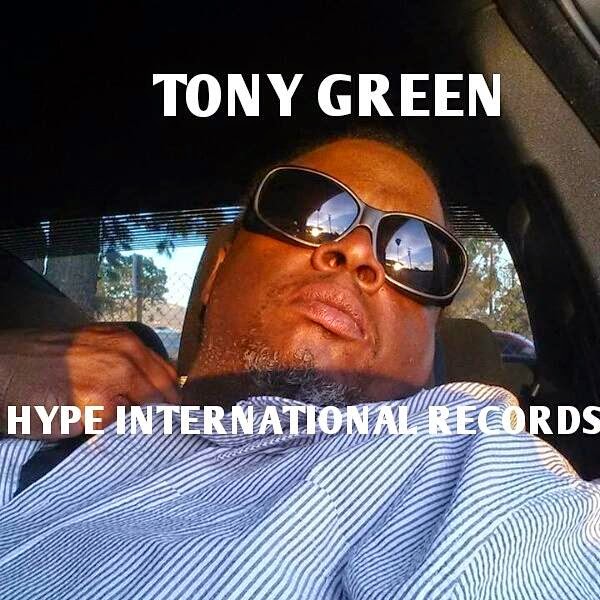 Also on the bill is our favorite funk Bass master T MONEY GREEN!
The legendary bass player best known for his work with Dr. Dre, Snoop Dogg, George Clinton, Warren G., and The Dramatics.
at 1:29 AM No comments: 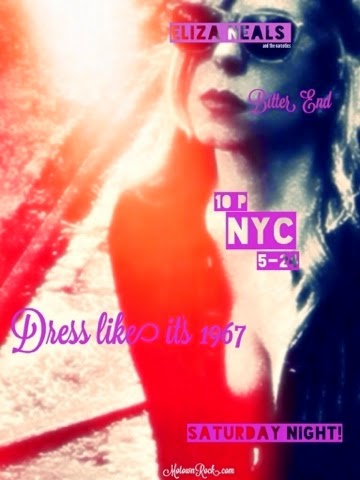 "Experimental BLUES"
The Bitter End
MAY 24th 10pm
SATURDAY NIGHT!
'They' will be shooting a Music VIDEO
so dress like it's 1967!
Summer Single Release!
The Bitter End
147 Bleecker Street NY NY
at 2:59 PM No comments: 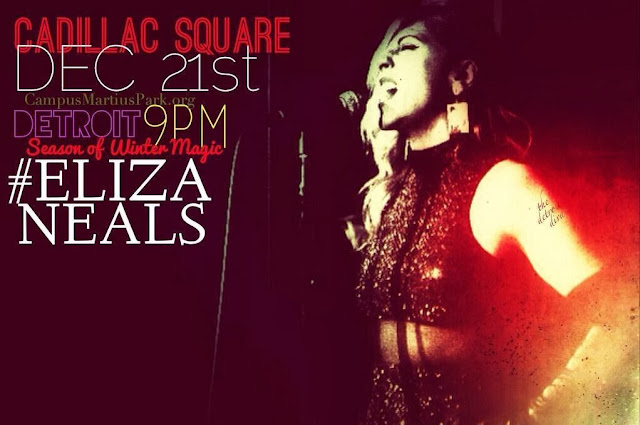