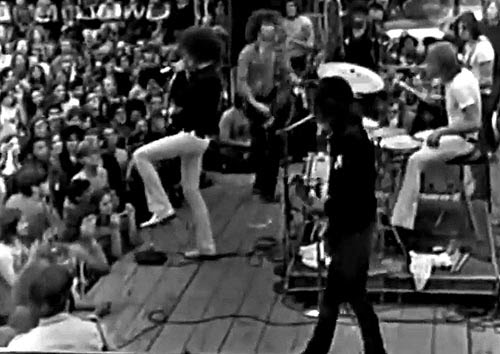 
We had just completed the recording of our first album in the recording studio. Jon Landau produced this album “Back In The USA”, our second record. Jon ran a very tight ship. He virtually changed our lifestyle. We had moved again, this time from Ann Arbor to a small, mainly German farming town by the name of Hamburg, MI.

Quiet and most rural, we gave ourselves some room from the party crowd and all the traffic in general. We needed the change of scenery. Jon was a music writer for Rolling Stone and we were his second recording project ever. He had us running laps around the house and eating a low fat, high protein diet. He also tried his best to run a no drinking and drugging regimen as well. We rehearsed like men possessed and that was a good thing. I have to say now in perfect 20-20 hindsight, that what Jon did for us was actually quite beneficial in many ways. 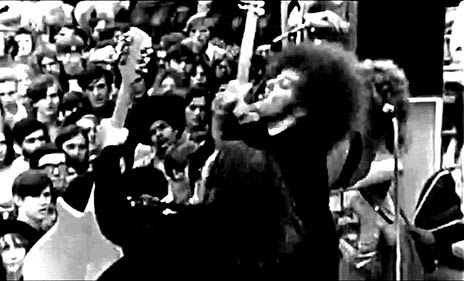 The tunes were too tinny sounding and lacked punch. The music lacked that fullness that we were known for. There was no improvising. We may have overdone that on the first album. I felt very strongly about this. Jon’s heart was 100% in the right place. He wanted a hit single from this band and he knew we needed to change to accomplish this. We confused our fan base. (More on this period later folks.)

The songs were also all 3 minutes long or shorter, and this flew in the face of our first album, KOTJ, where the songs were on average 4-7 minutes long. In retrospect, we did need to clean up the timing and the tightness of the tracks. I will be the first to admit this.

I had to play to a metronome and we layered the tracks as opposed to playing as a group. This felt alien to me. I adapted to this format in a short time, but I still did not like it. Now, years later, many of our fans think it was our best album out of the three. We could have done a hell of a lot better with a pro, but would we have been as tight? I doubt it. All in all, as a result, what you see and hear on the tapes of the Tartar Field performance is a direct result of that conditioning.

Now I think everything is as it should’ve been, because that is the way life comes at you. So here you have it, the first time we played the new tunes off “Back in the USA” or what many people call “The White Album”. We did this in front of a large audience at Tartar Field, Wayne State University, mine and Michael Davis’ alma mater.

Remember that this band was always evolving, we never stood still, and this chapter is just as different as the one before it, and the one that followed it (the High Time Period). “Gotta Keep Movin”, my, oh my…wait till I tell you of the Jac Holzman and Elektra period!

The drama is even better…MGT


MC5 playing Looking At You live at Tartar Field
on Wayne State University Campus in Detroit on
July 19th, 1970 TURN YOUR VOLUME UP NOW!
at 1:10 AM 1 comment: