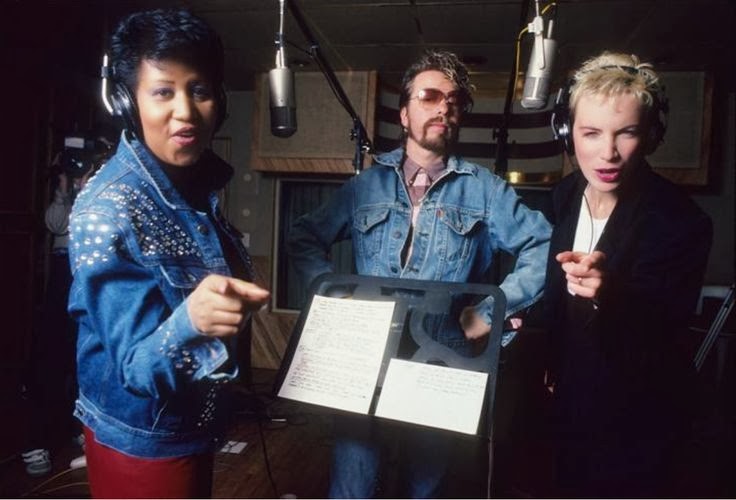 Aretha Franklin, and the Eurythmics (Davie Stewart and Annie Lennox), in Studio B (1985): photographed by Lynn Goldsmith. 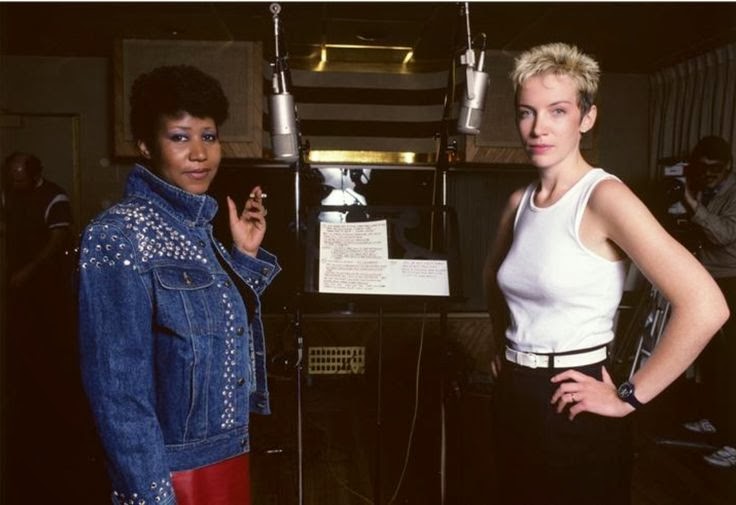 Aretha Franklin in recoding studio in Detroit with Annie Lennox recording "Sisters are doin' it for themselves" (1985): photographed by Lynn Goldsmith 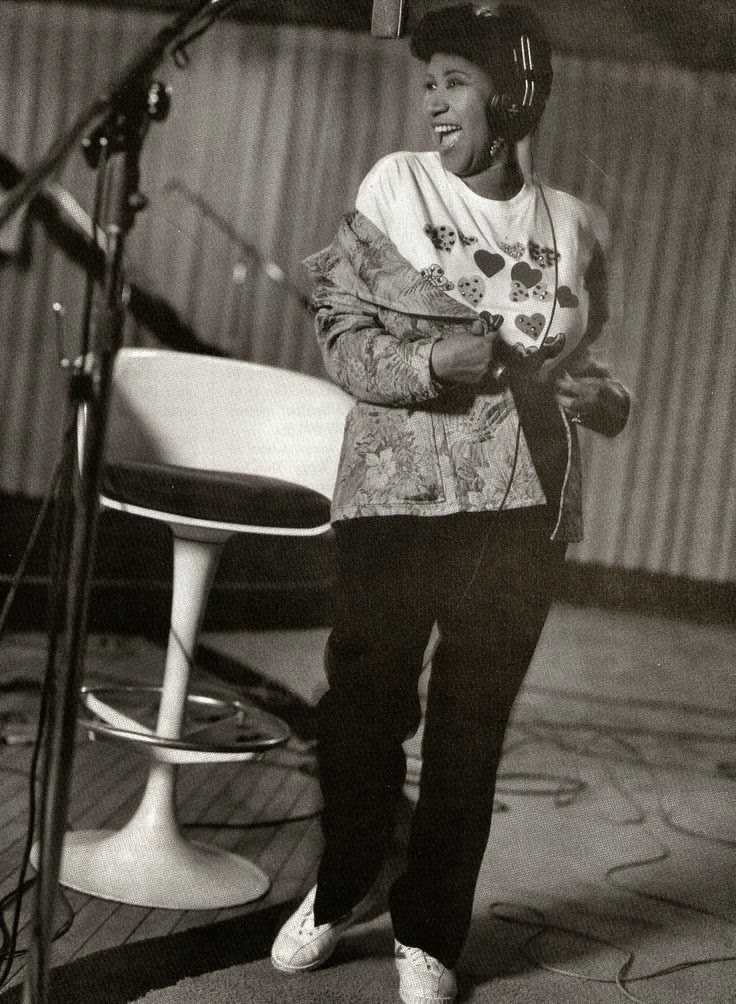 Aretha Franklin being playful in Studio B at United Sound. 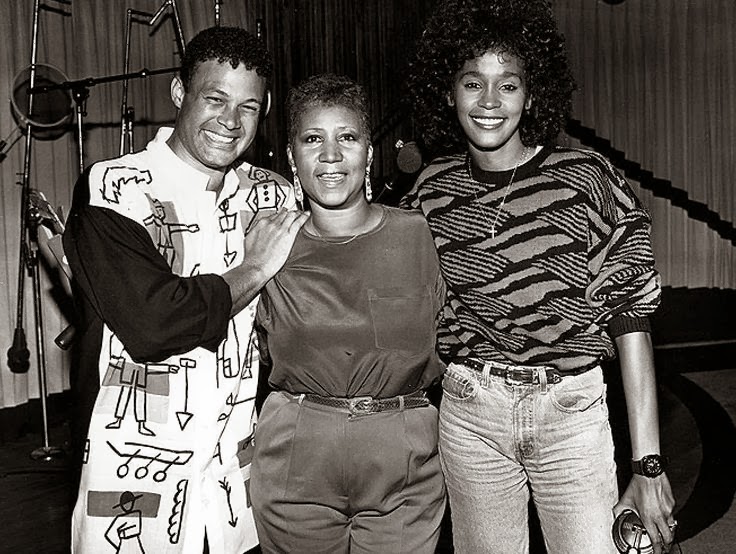 Record Producer Narada Michael Walden, Aretha Franklin and Whitney Houston in the recording studio (1988) "It Isn't, It Wasn't, It Ain't Gonna Every Be" for Arista Records and Aretha's 1989 Cd, "Through the Storm"

FYI the Flickinger console from United Sound is still alive. Pete Bankert Sound Engineer from Rock City Studios was just there for a tour of the new facility. His Flickinger is hanging on the wall in that studio. Keith Richards also recorded at United Sound. Mr. Bankert has the original plans & specifications for the Flickinger. Cool stuff. You can reach him at #734-502-3749.