TERRY KELLY ONE OF THE BEST DETROIT GUITARISTS EVER! 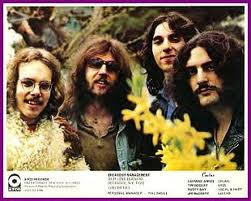 One of the very finest guitarists in Detroit history is mostly unknown to the public. Terry Kelly..Terry's playing influenced many of the best Detroit players. We would love to have any or you who knew him to write in your stories about Terry so we can do a fitting tribute to him...Terry passed away in 2011.  Guitarist Robert Gillespie wrote this tribute to his friend originally posted here
Written by guitarist/friend: Robert Gillespie
A lot of people never heard of him I'm sure, but he was one of THE best guitarists from the Detroit area EVER.

Terry was the original guitarist in CACTUS and wrote many of the songs on the first album and just got a thank you, he also played with the Detroit Wheels after Mitch left in the late 60's and many other projects that never really happened.

One funny story about Terry; way back in the day he was at the in-famous Massimino Music store on 7 mile and Van Dyke and was trying out a guitar and played a Bone-Shattering lick......Ted Nugent was there with jaw dropped and drooling saying; "let's jam man-show me that?" and Terry said; "Naw I'm tired man" and left. He had it all the taste, the feel, the look and all the chops. 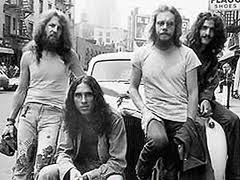 Just ask Jim McCarty......Terry did have some Demons as well like so many artists do and that may have been holding him back from success, regardless a chosen few of us that knew him are the ones that know just how talented the man was. I'm sure he'll be fronting the band in the after-life with many more like himself, and it will be one hell of a band!! God Bless Terry Kelly...................RKG


READ AN EXCERPT FROM KNIGHT MOVES RE:TERRY KELLY
Terry Kelly plays at Dylan's with Dallas Hodge hosting
at 11:57 AM

Email ThisBlogThis!Share to TwitterShare to FacebookShare to Pinterest
Labels: Guitarists, In Memorium

Thanks for keeping my dads memory alive and for being a true friend to him. I will be forever grateful. Ilove your heart. Xoxo Kimmy