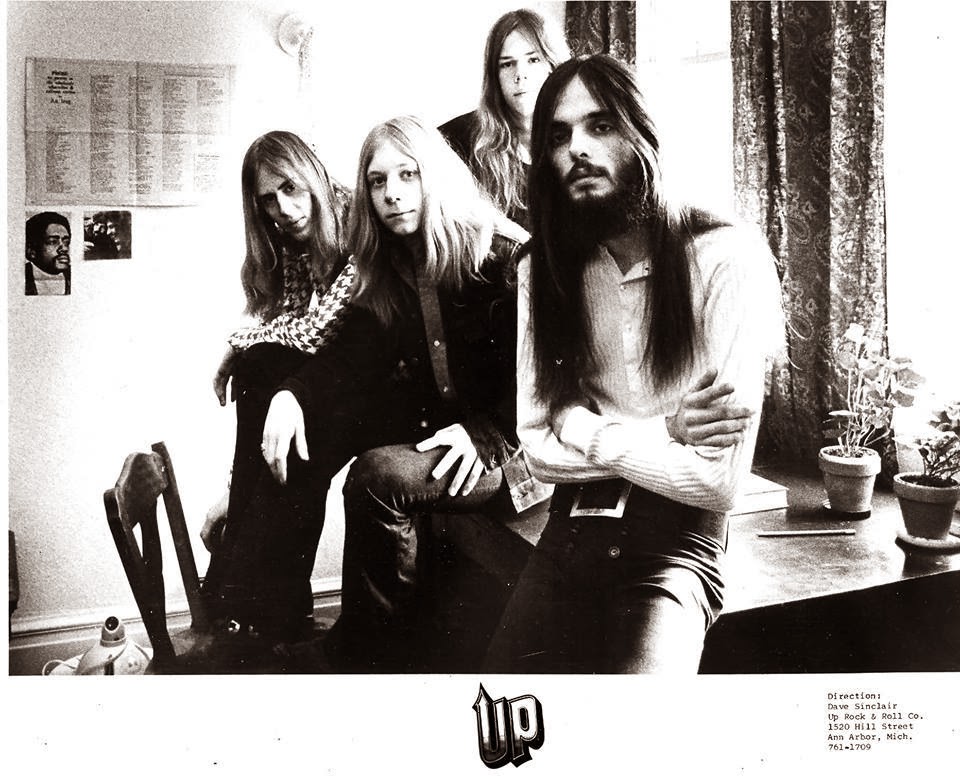 The album contains all of the band's singles, songs from a recording session at Head Sound Studios in Ypsilanti, Michigan and several live tracks recorded at the Agora Ballroom in Columbus, Ohio in 1972. John Sinclair states in the album's liner notes that, "It's common to name the MC5 and the Stooges among the forefathers of what they call punk rock, but it was their associates in a third band, the Up, who could more accurately be identified as the real precursors of punk."
at 8:10 PM

The drummer in this picture is Scott Bailey. I lived at the UP "house" in late 1968 thru early 1969. The Up were ferociously pre-punk and stayed true to the fans as long as they could. They were a staple at the Grande Ballroom and the Ann Arbor outdoors free concerts.

Does anyone know if it is possible the Up's guitarist, Bob Rasmussen, played a "flying V" guitar back in 1968?