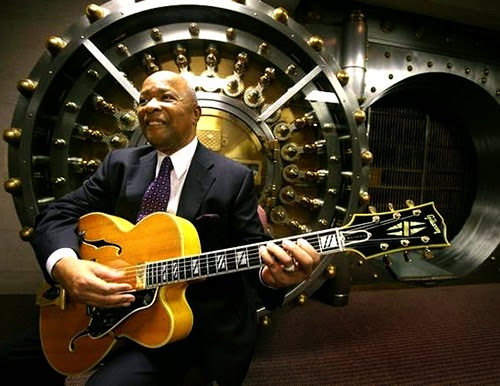 
Don Davis had his hand in so many famous hit records that I would be here for a week trying to list them.. He worked with Motown but left (thankfully so..) and went on to a career that rivaled Berry Gordy's in every way. The difference, Don stayed under the radar. (can't even find any photos online of him). It would appear that Mr. Davis did not crave attention or fame. Smart move....smart man...


As a young guitarist Don Davis played on many of the earliest Motown sessions, including the hits "Money" and Mary Wells' "Bye Bye Baby." But Hitsville was only the beginning for the writer-producer..

Davis developed his craft with stints at seminal Detroit record labels Northern, Thelma, Golden World, Ric-Tic, Revilot and his own Groovesville imprint. In 1968 he was lured to Memphis to become head of production for Motown's primary soul music competitor, Stax Records.

Billboard magazine honored Davis as its 1976 producer of the year after his records with Johnnie Taylor ("Disco Lady," the first-ever platinum single) and Marilyn McCoo & Billy Davis ("You Don't Have to Be a Star") went to No. 1. Don won so many Grammy Awards...