THE ROCKETS TO RELEASE 4 NEW SONGS LIVE AT THE FILLMORE DEC 28! 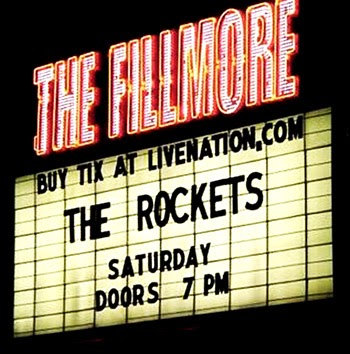 The Rockets Release Four New Songs at the Fillmore on December 28th
Detroit Fans will be treated to the first new music in 30 years
Fans who “Desire” the return of iconic Detroit band The Rockets will be thrilled to hear that the band is back after a two-year hiatus with new band members and four new tracks – their first original music release in 30 years. “Greetings from Detroit,” a four song EP, was recorded live at Wayne State University’s Studio One, and co-produced by The Rockets and WSU’s Tom Court (who toured with The Rockets as their front of house sound mixer in the late 1970’s.) The Rockets will play the new songs live, along with other hits, on Saturday, December 28, 2013 at The Fillmore Detroit.

Tickets start at $15 and are available at LiveNation.com and at the Fillmore Detroit Box Office. Doors are at 7pm, and all ages are welcome. Rising stars of the Detroit rock scene Citizen Zero and hi-octane rockabilly roots-rockers Horse Cave Trio will open the show. The Fillmore Detroit show will be the first public appearance of the new line-up of The Rockets' seasoned musicians. Since their last appearance in 2011 with Sheryl Crow, Raconteurs, and Ronnie Dunn, “rebuilding the band and recording new material was our main goal before we played live again,” says Rocket's lead singer, Jim Edwards. “The Rocket fans will surely appreciate the raw purity of the music we have created.” 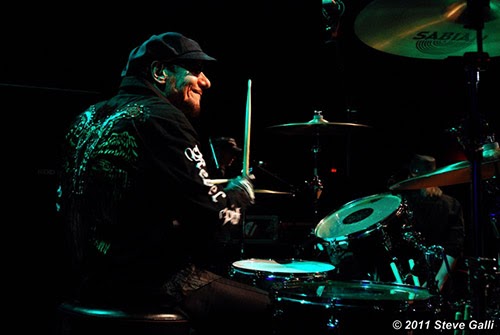 Joey Gaydos Sr (lead guitar), also a Detroit music veteran, has played with rock heavies Rob Tyner (MC5), and Cub Koda and the Points (Brownsville Station).  Gaydos built a loyal Detroit fan base with his bands, Mugsy and Weapons, and has a well-earned reputation for his showmanship and incendiary lead guitar prowess.


About The Rockets
The Rockets were founded in 1972 by former Mitch Ryder & The Detroit Wheels members, Johnny "Bee" Badanjek and Jim McCarty. Badanjek was the driving force and primary songwriter for the Rockets when the band began its signature hard-driving sound that Detroit fans demanded. The Rockets recorded five studio albums and produced several minor hits, including a rocking rendition of Fleetwood Mac's "Oh Well.” The first album, Love Transfusion, was released in 1977.

The 1979 self-titled release featured the hits, "Oh Well" and "Turn up the Radio." With the 1980 release of “No Ballads,” Desire" was the hit song that solidified the Rockets as a viable national act and lead to an appearance on “The Midnight Special.” The next two albums were “Back Talk “(1981) and then “Rocket Roll” (1982)  "Rollin' by the Record Machine" from this release was the last hit song for the band.

The final release, Live Rockets, was recorded on December 26 and 29, 1982 to a sold-out house at the Royal Oak Music Theatre in suburban Detroit. The early Rockets band performed their last two shows at the Pine Knob amphitheater in Clarkston, Michigan, on August 28 and 29, 1983. The band splintered soon after and members went their separate ways. Badanjek, McCarty and the other members went on to other projects until the band re-emerged in 2010 at the Detroit Music Awards with new singer and front man Jim Edwards. Throughout 2010 and 2011, The Rockets continued to thrill audiences with their dynamic pure rock and roll - and the Detroit trademark sound that began decades earlier with Mitch Ryder and the Detroit Wheels.

Email ThisBlogThis!Share to TwitterShare to FacebookShare to Pinterest
Labels: detroit