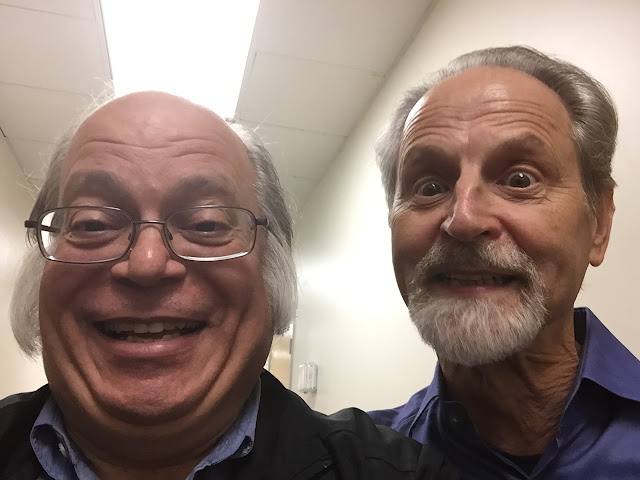 It seems funny how certain people in your life pop up every now and again...

Eddie and I forged a fast friendship during the weeks we spent recording. There's something about that Producer/Artist relationship that is magical (IF you don't wind up hating each other).

I developed a tremendous amount of respect for his abilities as a music producer and recording engineer, and learned many lessons from him during that time that I have used to this very day!

But after we packed up our guitars and the Record Plant mobile truck drove away, and we all went our separate ways after those sessions, it seemed like every now and again Eddie and I were destined to run across each other!

Years later I ran across him at the 2011 Winter NAMM show in Anaheim, CA – Eddie was at the Waves booth, talking about his signature signal processing plug-ins

And last night it happened again!

One of the things I love about living in Los Angeles is that it is still arguably one of the main hubs of the music industry on the face of the planet; and because of that, you never know who’s going to be in town when and where you’re likely to cross their path - and that was the case last night – at a local pro audio watering hole that I like to frequent (RSPE), Eddie Kramer was the featured speaker in a seminar regarding some new digital audio technology from Waves.

Imagine my surprise as I get off the elevator to sign in and look to my left and there in all of his glory, and I do mean glory, was none other than my dear friend and former producer…

I looked at Eddie, Eddie looked at me and we both had a huge embrace as befits the fact that we hadn’t seen each other for probably about four years now and were genuinely enthusiastic to see each other again

But the best part about this particular encounter was that we had an opportunity to chat for a while before Eddie did his presentation, and during that chat we had the chance to revisit many of the wonderful things about the crazy wild days when Brownsville Station invaded Mount Kisco New York to record The Red Album at The Cenacle. 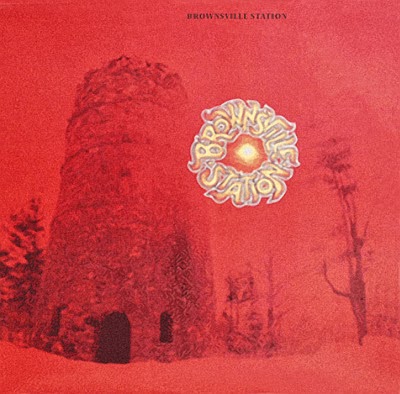 Eddie introduced me to his assistant engineer Scott, and to his “F-Pedals” business partner Francesco and asked that I regale them with stories about the Cenacle sessions – apparently because no one can believe this place exists unless you’ve actually been there!

Well we chatted for a while about this and that and I did my very best to explain the inexplicable to Eddie's friends – namely, that the Cenacle was this amazing countryside mansion surrounded by wonderfully lush green acres and situated in an idyllic little piece of paradise just north of Manhattan.

And then we got to telling stories about the recording sessions for Brownsville!

Eddie was kind enough to offer, completely unsolicited, that he thought the guitar playing on that album was sensational. And I kind of blush I guess cause that's pretty high praise coming from someone who has worked with many of the greatest rock 'n' roll guitar gods in the pantheon (Hendrix, Page, you name it) .

I returned the favor and told him that (Lady) Put the Light On was probably one of the finest vocal performances I had ever recorded, and it was entirely his producing chops that coaxed it out of me…


And then we got to talking about The Martian Boogie…

I could tell by the smile on his face that he had exactly the same wonderful recollection of those recording sessions that we in the band had from back in the day!

Martian Boogie was an inspired piece of musical lunacy (I wrote about this in an earlier post here), but apparently that musical lunacy had not only infected the band,  but I guess the extraterrestrial nature of it all also seeped through the microphone cables and up into the control room of the Record Plant remote truck parked outside, and into the ears of Eddie Kramer

Like I said, I could tell from the smile on his face and he had the same fond recollection that I did.  I think we both have realized that all those years ago, we were part of the creation of a little pice of rock history! When I told him that the 1977 Brownsville Station album on Private Stock Records had unfortunately been lost to time and the Masters could not be found or properly licensed for reissue on CD, he was crestfallen (so was I, BTW).

I suspect that in the midst of all of the top shelf projects that Eddie’s done (Zeppelin Hendrix, Kiss, Beatles, you name it) he may be harboring one small little hidden spot of laughter and satisfaction that somewhere along the line in 1977 Eddie Kramer and the boys from Ann Arbor (Brownsville Station) crossed paths in Mount Kisco, New York and helped the Martians invade America!

Hope you enjoy reading this reminiscence much as I did writing it – it was really great seeing Eddie after all these years!  I wonder when the next time will be that our paths will cross?

I’ll bet it will be next year at the NAMM show in Anaheim, CA - perhaps I’ll see some of you there! 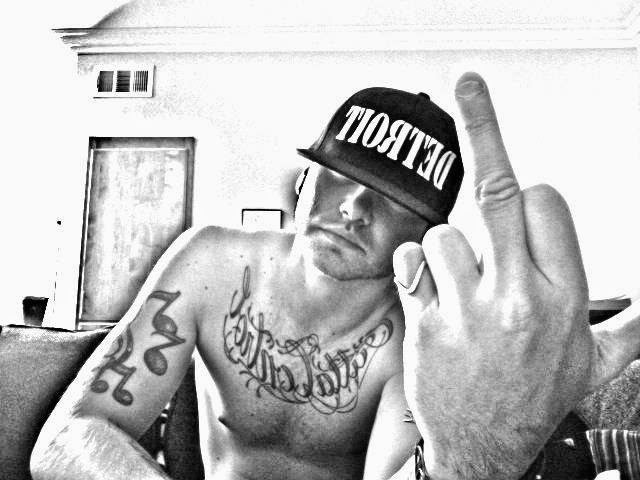 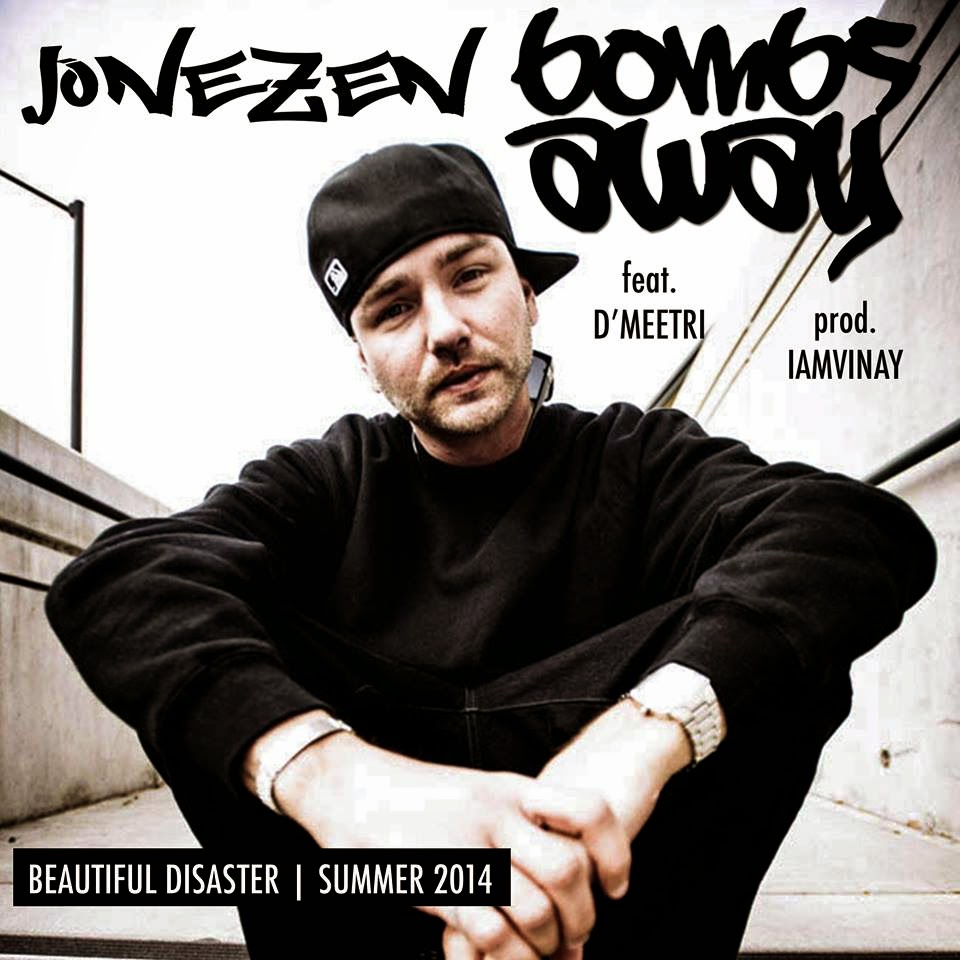 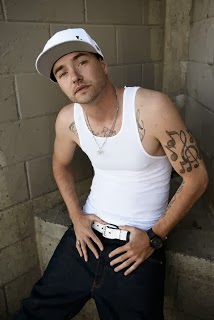 Jonezen aka Chris Jones, was voted top LA Hip Hop artist of 2013...you guessed it...always a DETROIT connection..Jonezen cut his teeth in Detroit..Jonezen grew up in Rochester and still has family here...


Yo!!! New Video for "Feels So Good" stoked to present this.