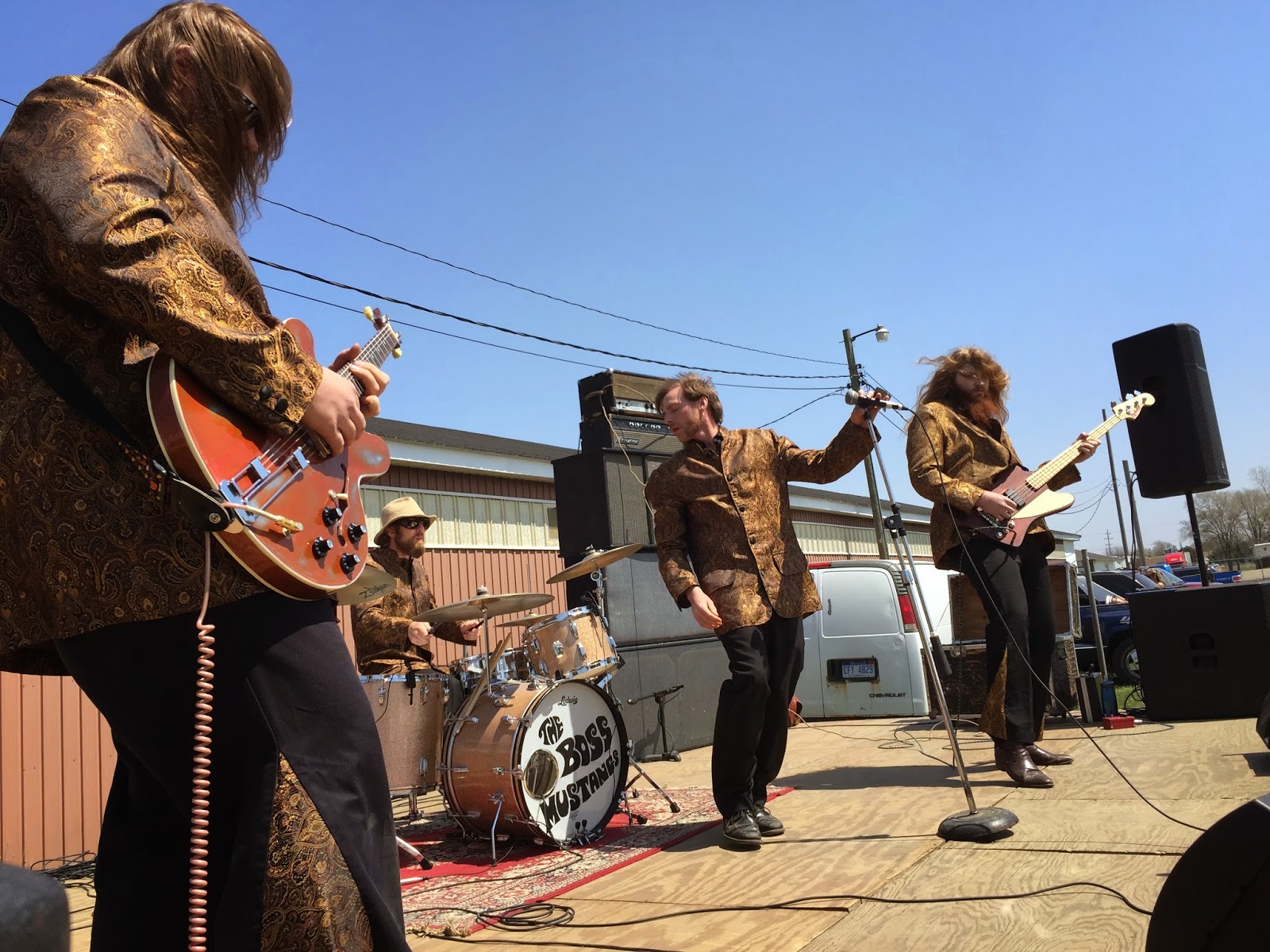 The Richter Scale reported that the west side of Michigan felt a rare 4.2 earthquake Saturday afternoon as The Boss Mustangs threw down their final show in Hudsonville, MI. Coincidence? I think not. These fuzzy fellas have been kicking down some of the most powerful live sets that you have ever seen, and why not go out with a literal earthquake that was felt throughout the Midwest? 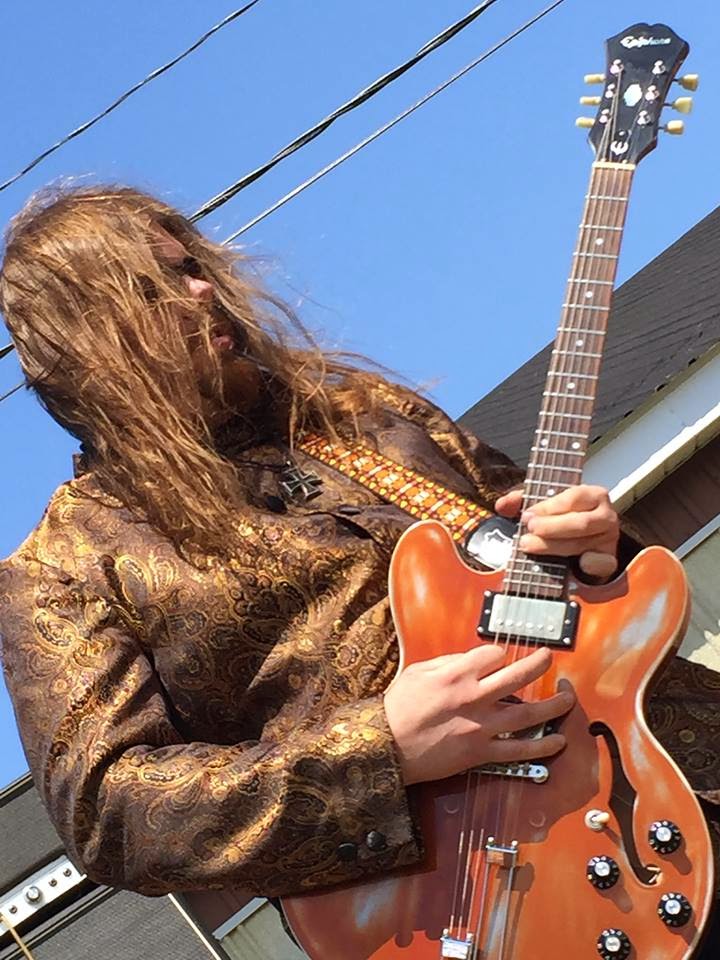 Formed by Mastermind and exceptionally talented guitarist/songwriter Mickey Catalina in 2009, The Boss Mustangs released their self titled debut album on Spinout Records in 2011 (and an extended release on Rotoscope Records in 2013).

Like many bands, they had some line-up changes.  I have only seen their current four piece; Dan Cadillac (vocals), Mickey Catalina (guitar), Hyde DeSoto (bass), J. Edsel Hoover (drums). 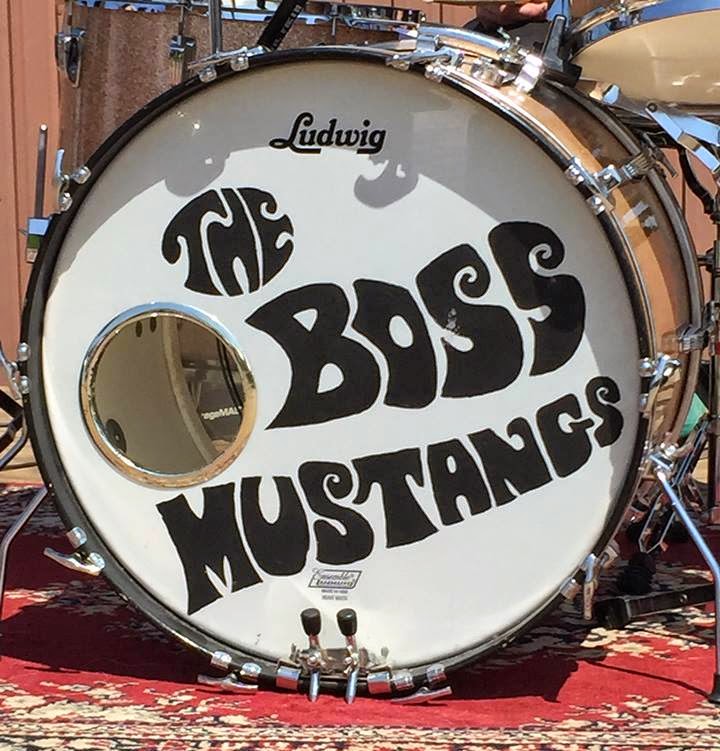 I was a bit late to the game.  I discovered these guys in late 2011.  Ann Arbor and pockets of SE Michigan had just been through a very dark period.  The asexual indie rock/folk scene dominated all areas of the country, and Ann Arbor/SE Michigan was not excluded.  I stopped going to live shows, as they turned into one big snoozefest after another.


I lost faith and like so many other music enthusiasts, I needed something to kick my ass all over the place and leave me on my hands and knees, begging for more. In November of 2011, I popped into a really great show at Woodruffs (Ypsilanti) that included Blue Snaggletooth, Lava Moth, Wild Savages and the mighty Boss Mustangs.

The Mustangs offered some crazy freak out Rock ‘n’ Roll Garage Punk that we all so desperately needed.  It was love at first sight and sound.

I made the drive out to Beer City Spring Fest in Hudsonville, Michigan on Saturday May 2 to see the final Boss Mustangs show.  The fest was cool. They had a lot of breweries feature tastings of great west side brews including Dark Horse, New Holland, Vaner Mill Ciders, Mitten Brewing Co., and well, as you can imagine, a ton more (see the full list here). 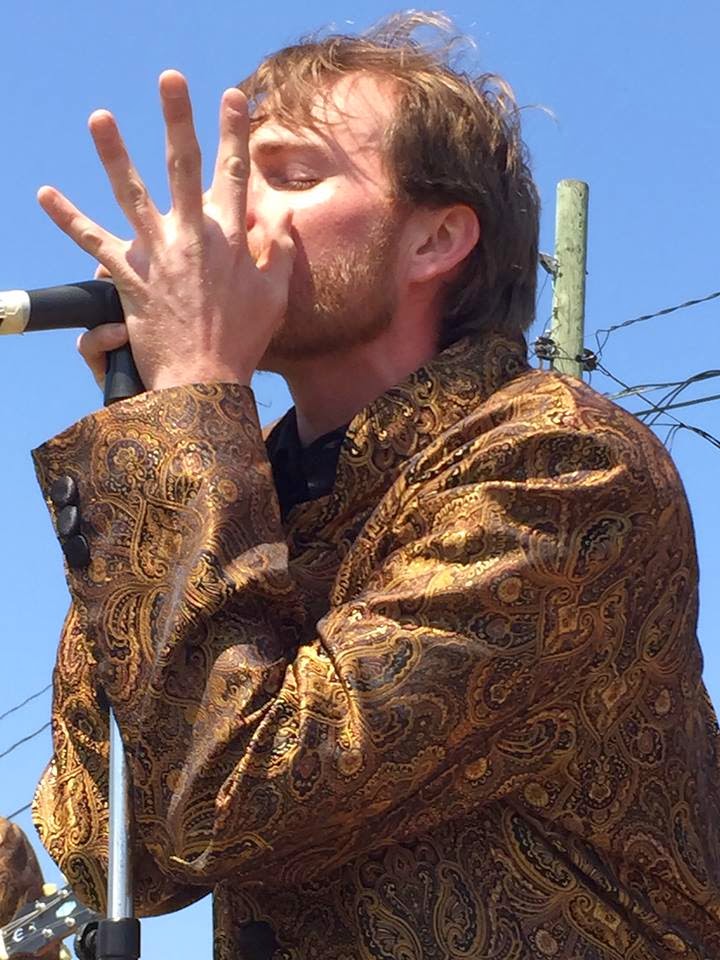 The Boss Mustangs kicked things into high gear with “Turn On,” one of their signature tunes that always hook the crowd.  Mickey Catalina may be a clean technical guitarist, but he can get real down and dirty.  His heavy, powerful tone will hit you like a tsunami (check out Catalina's cover of Maggot Brain).  Michigan has some of the finest guitarists this country has to offer, and Catalina stands out as one of the best.

The original Mustangs line-up had two guitarists, but really now, who needs a second guitar player in the band when Mickey can easily do the job of two men?  He’s incredible to see live and I look forward to the projects he takes on in the future.  Front man Dan Cadillac is quite a vision on stage and has a remarkable vocal range.  He offers straight up Rock ‘n’ Roll swagger with breathtaking waves of Dickie Peterson and Jeffrey Lee Pierce. Watch  the Official Video for “Turn On.” 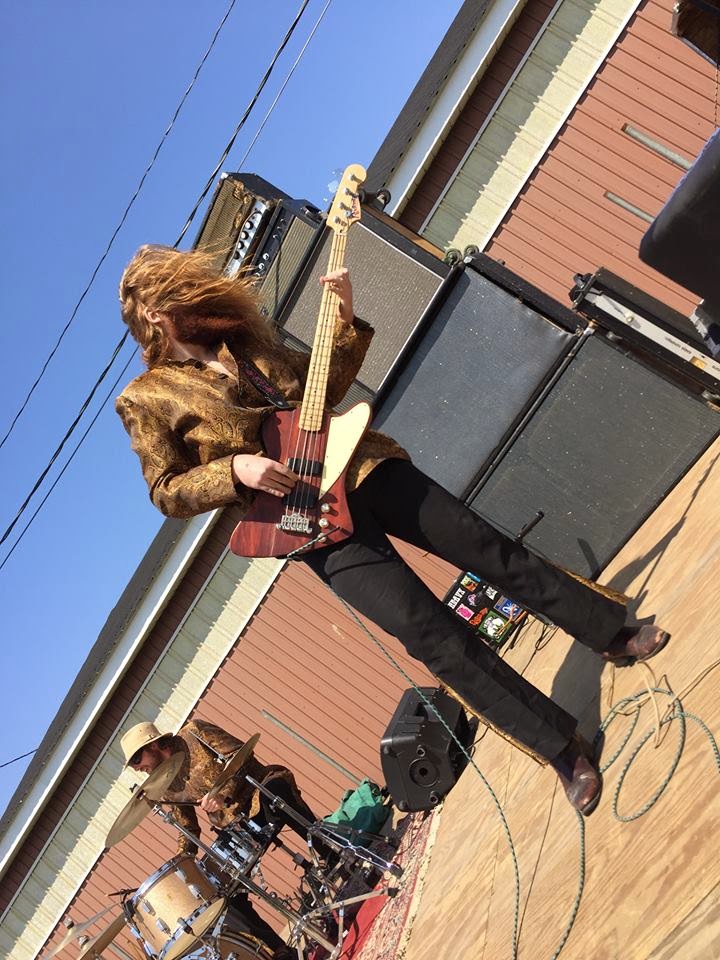 Moving through the set, they hit on “Burnout” which reminded me of one of the reasons why I love their live shows so much. The rhythm section. The heavy-handed bassist Hyde DeSoto joins forces with their commanding drummer Jason J .Edsel Hoover, delivering an unforgettable pulse to each and every tune.

We can thank these two Rockers for the hip shakin’ grooves that keep us locked into the unrestrained, wild sound that make The Boss Mustangs so appealing. Memorable tunes on their final set list included “Mrs. McKee,” "Hazel Holly,” "No Friend” and in the absolute true to form spirit of the band, they ended the show with a blistering cover of “KOTJ” by The MC5. 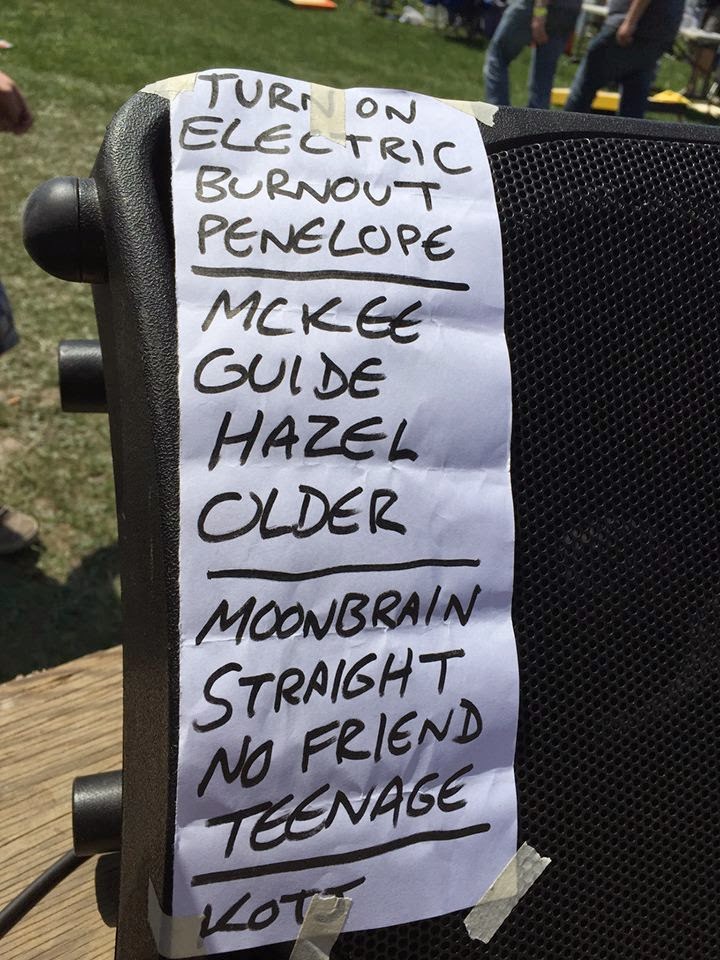 Did you hear that? THAT was the sound of my heart breaking. No more Boss Mustangs. Thanks for many years of astounding live performances that left your audiences floored and begging for more. Thanks so much for The Last Hurrah.

Post Mustangs News: Dan Cadillac is actually a superb guitarist in his own rite and has moved on to the Heavy-Psych band Imperial Sun Crusher, with larger than life bassist Hyde DeSoto. They will be coming back into SE Michigan for FuzzFest this June. 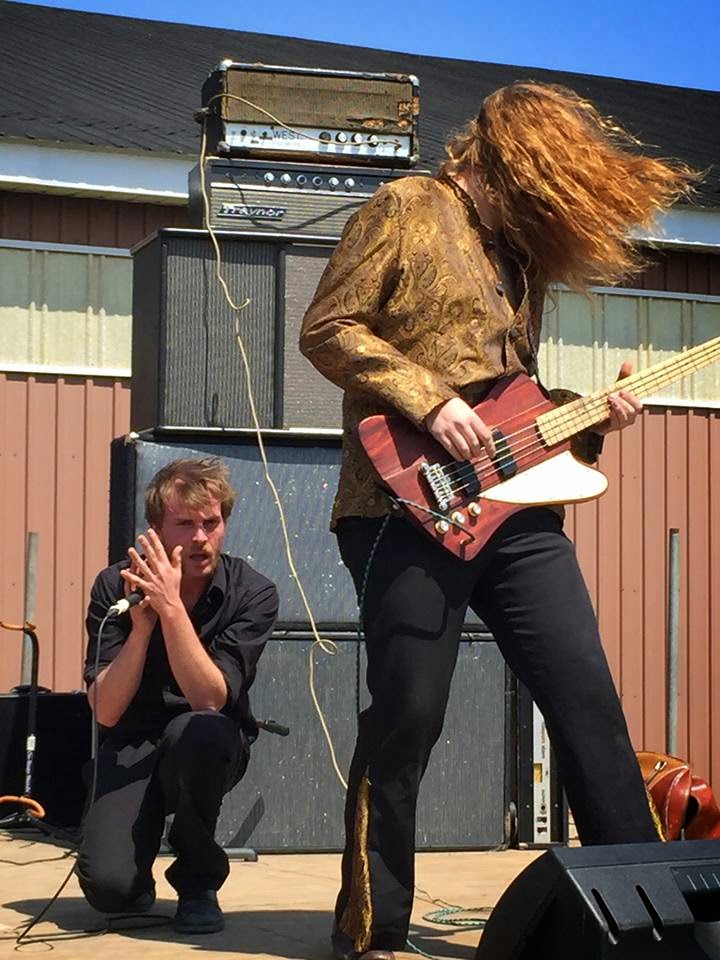 Story and Photos by: Theresa Kiefer

Email ThisBlogThis!Share to TwitterShare to FacebookShare to Pinterest
Labels: The Boss Mustangs, The MC5, The Stooges