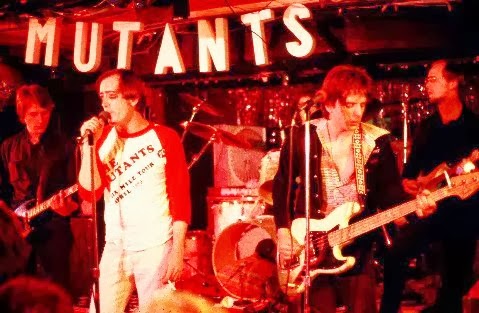 The Detroit original rock scene had fallen on hard times in the 70's. In the mid-60's, Mitch Ryder, Bob Seger, The Amboy Dukes, The Rationals, The MC5, and numerous other bands got record deals and radio airplay. By the mid-70's, new Detroit acts were frozen out of airplay with the death of underground radio and record labels weren't signing. A band could earn a living playing five 45 minute sets per night but they had to be AOL radio rock hits. Typically, a band would get a song list from the bar owner and NO original songs were allowed.

By early 1977, new bands such as The Sillies, The Romantics, and a new MC5 fronted by original singer Rob Tyner were looking for anywhere to play original sets of their own music. The Sillies rented The Kramer Theater on Michigan Avenue east of Livernois to do a real concert with themselves in between the new MC5 and an opening set by Destroy All Monsters with Stooges guitarist Ron Asheton and original MC5 bassist Michael Davis. The show drew 1,000 people but most of the money was mysteriously missing from the till, leaving Sillies founder Scott Campbell $1,000 in the hole.

Much as bars were a step down from theater concerts, a nightclub that would host original concerts in the style of NYC's Max's Kansas City or the Whiskey A Go Go in LA was needed for Detroit. The trick was finding a place and making it successful.

OMG. I remember that gig, if not vaguely. Got some "live" pics in a box in the basement, somewhere. Those in deed were the daze...
Laurence Miller / D.A.M.

Ah, the Mutants, those fresh-faced kids from the Class of '78. It must've been shortly after this Bookies gig that they played my dorm at MSU. We were never the same.