After the loss of saxophone player and longtime band member Magic Gunnarsson (who died in a drowning accident 2014) Sulo and the rest of DIAMOND DOGS called it a day. They released the album “Quitters & Complainers” in 2015 and went on a farewell tour ending in Oviedo in October together with Iggy Pop.

Since then Sulo’s been releasing 3 solo albums, working with Chris Spedding, Paul Young, The Crunch and the rest of the members been busy with other projects. During this time a lot of DIAMOND DOGS gig requests been dropping in from all over the world and when they found out that 4 of the 10 previous studio albums been out of stock for a long time and wasn’t available as download they started to make a plan. 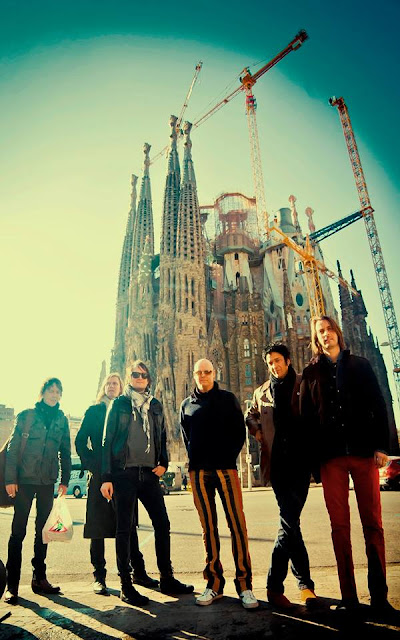 Sulo & Honk (Henrik Widen), the remaining original members thought it was time to set things straight and release “that” compilation they’ve been talking about for many years. One thing led to another and soon they had a plan and even some new tracks to blend up the compilation with.

“RECALL ROCK & ROLL” (Cargo Records) will be a double album including 30 tracks. 25 old and 5 brand new songs. At the same time Cargo Records will re-release 4 previous albums on Vinyl/CD & download.

Members of Diamond Dogs also have associations with such fine artists as The Hellacopters, Johnny Thunders, The Solution, The Dogs D’amour, The Nomads, Lisa & the Lips, Ian Hunter and The Crunch.