TRIBUTE TO TOMMY FARLESS OF MUGSY BY RON PERRY 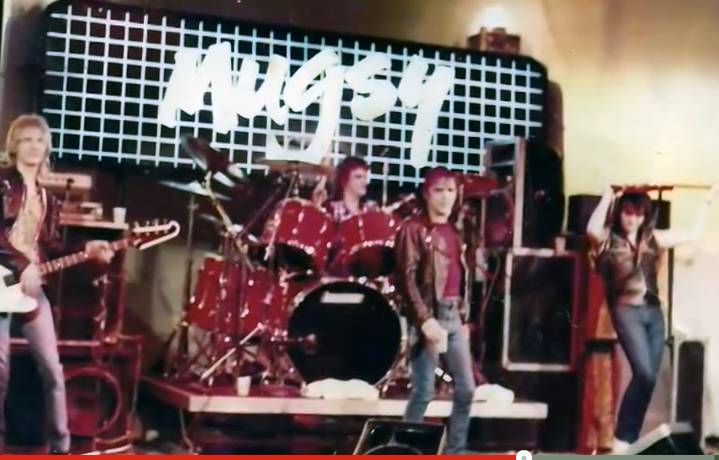 I am heartbroken. Devastated. Part of my youth, and part of the world as I know and understand it, died today. His name was Tommy Farless. There are some people who are destined to make a mark in the world, and Tommy Farless was one of those people. Anyone who ever saw him sing has his image and his voice permanently etched into their consciousness. It was an experience no one EVER forgot, and it was an experience that left a huge, lasting impression on my life.

He never became famous or rich. Like a lot of musicians, he struggled with demons and didn't have the easiest life, but when he had a microphone in his hand, he was a king, a hero...a god. There has never been any musician that has been such a big influence, or that I have looked up to more in my life. I would give my left nut to possess the talent he had in his pinky. 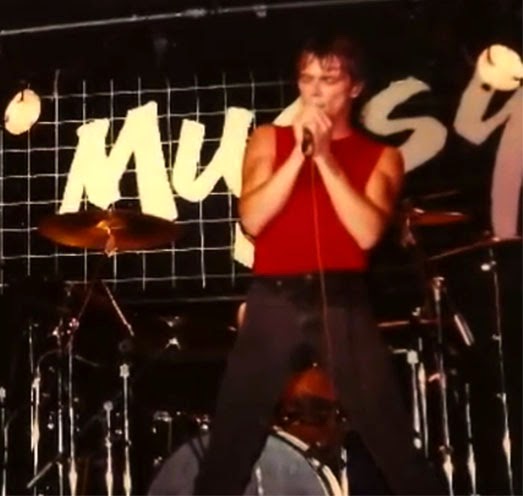 With everything I have ever done in music, my main goal was just to try and be as good as Tommy Farless, although I knew that would be an impossibility. Every vocal I ever tracked, I listened back and thought "how would Tommy sing it?" and then I did what Tommy would have done. I still listen to his recordings and draw inspiration.

His voice can only be described as a cross between a sparrow and a lion. He was the fiercest, most powerful and expressive singer I ever heard, bar none. he could croon a lullaby and turn around and let out a blood curdling scream that would rattle your skull, all in perfect pitch.

To know that he is no longer here in this world shakes me to the core. I was honored to get to know him and become his friend, and although we weren't super-close, I am glad that I got the chance to let him know exactly how I felt about him. He was my hero, my idol. I loved him. I have heard it said that the greatest musicians in the world are people that you've never heard of, so ladies and gentlemen, let me introduce you to the greatest rock singer who ever lived...Tommy Farless.

I also was a big fan of Tommy. I was a lucky 18 year old in 1983 when I had the pleasure of being in a band that opened for Mugsy on quite a few nights. His inspiration became part of me as I went on to sing for many years. Rest in peace!
Mike Howe

I too was a big fan of Tommy's. I had the privilege of singing in the opening band for Mugsy many a night in '83.He was a very powerful and charismatic figure. To this day when I hear Iggy Pop sing five foot one it brings a smile to my face. Tommy lives on!
Mike Howe

Tommy will always live on in my heart & in my mind. Getting to say I was friends with Tom & to hear him sing is one of those "once in a life time" things. People like Tommy don't come around everyday & He was a real friend, an inspiration & one hell of a singer. I love you my brother & we will see you again. GOD BLESS you !!!

I was the manager of the Token lounge the first night Tommy ever took the stage with Mugsy, small in stature, he was nervous on his first night, we talked for an hour and shared a couple drinks. Then Tommy took the stage and BLEW my head off! He was THE greatest voice in Detroit Rock n Roll. bar none! He was also my friend and I will miss his very presence on this earth, but that voice will rumble with every clap of thunder, the voice of a God, just like when he sang...RIP my friend....

You forgot that Tommy was with one of the greatest guitar players to come out of Detroit, Mike Forsyth and the MIGHTY ZOOSTER!!!!!
I Still remember the first time Mike Introduced me to Tom as his new singer he just got out of Scandal {Or was stolen} haha
It was at The Silver Bird Saloon and Tom made a lasting impression for sure!!

It's very touching to me to read the comments of another (in my case "ex") singer/musician, whose sentiments match mine to a "T." A MAJOR hope of mine is that Tommy was aware of the admiration so many of us had for him.

Tommy was, and still is, one of the finest vocalists I have ever had the pleasure of working with. And a damn fine person. So sad to see him go. You will always be in my heart, my friend. Thanks for the years, you "screamin' bum"!

Tommy was, and still is, one of the finest vocalists I have ever had the pleasure of working with. And a damn fine person. So sad to see him go. You will always be in my heart, my friend. Thanks for the years, you "screamin' bum"!

I use to see Tom in his very first band Tears Of Fire also Curtis Hyflash and Scandal. Going to see him was a part of our growing up in Detroit and of course all the girls had crushes on him. A great singer.You will be missed Tom.It breaks my heart very sad R.I.P.

To hear Tommy sing the blues was moving. It felt like someone pulled your soul out of your body and step on it. Hearing him sing would bring me to tears. I will never forget. Tim

I spent the entire 1981 year following Mugsy around the Detroit area. I mainly hung out at the Silverbird (6 mile/telegraph). Those were the days. Tommy was awesome.

Went and saw Mugsy often 5-6 straight nights at Second Chance Ann Arbor Michigan
May 1978 -July 1978'
Tie Your Mother Down (Queen) Cover by Mugsy Truly Rocked the place
4 of us always got there early waited in line on Liberty street...sat in top front row of balcony.
Mugsy Flat Out Rocked
Thank you for the memories

Love seeing mugsy at the second chance in a2

I used to watch muggy play at a bar in lake Orion Michigan. The best band that played there. The place was always sold out and the music was incredible! Time flies by the bar is now torn down and a parking lot replaced it.aw the good old days.

Tommy, my fondest memories of you are taking photos of you and your band at Haroo's. We shared some great times. R.I.P.