TEN FOOT POLE BACK WITH TOUR DATES AND NEW ALBUM ! 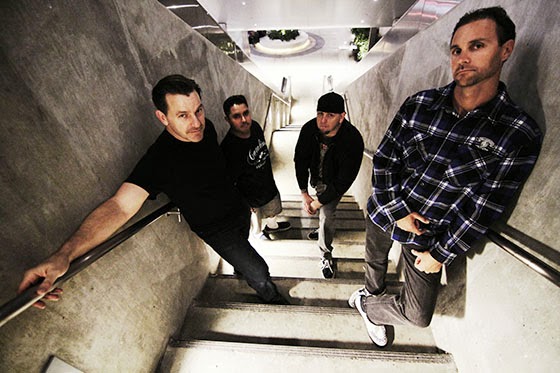 "I never doubted that I'd get back into it at some point – I just needed a break," explains TEN FOOT POLE frontman and founding member Dennis Jagard. "Once you've experienced a crowd singing along to the songs you wrote, it's hard to imagine just walking away from the chance to do it again."

Influential SoCal punk rock staple Ten Foot Pole will be releasing their first album in ten years on Cyber Tracks in 2015. But first, they're getting back into the swing of things by doing what they do best – perform. Their US and Canadian mini headline tour kicks off at Reggie's in Chicago, IL on July 15th then circles around the American Midwest and Northeast concluding at The Brighton Bar in Long Branch, NJ (dates below).

"It's too early in the process to limit or define what's going to come out, but I think it's safe to say that fans can expect candid, sincere, honest and outrageous lyrics matched with some aggressive music, a few well-placed stops, and generous helpings of pick slides and feedback," describes Jagard. "I think a good song works regardless of genre, so I just try to write whatever comes to mind." Jagard has teamed up with drummer Chris Dalley (Pulley, Implants), bassist Chris Del Rio (Implants), and guitarist Keith "DJ" Divel (Swindle, Red Devil Squadron) to help create their newest collection of punk rock sing-alongs.

Ten Foot Pole was founded in 1983 and got their start under the moniker Scared Straight releasing an album and a 7-inch. Ten Foot Pole self-released their debut album Swill in 1993, which would eventually lead to a record deal with Epitaph Records.