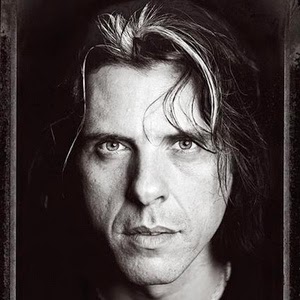 I have to admit, I was pretty skeptical when the powers-that-be here at rps told me about a new acoustic world music project from Alex Skolnick, the lead guitarist of heavy metal titans Testament. I was pretty sure I was going to hear an hour of endless shredding, except on acoustic guitar instead of electric. Boy, was I surprised this week when I heard the entire album all the way through!

Defying the 'birds-of-a-feather' logic, Alex has assembled a surprisingly multifaceted group to make tastefully crafted and varied music that runs heavy on the ensemble, which is made of of some of the world's finest musicians without anyone claiming 'soloist' status- in other words, Planetary Coalition, out 11/11, is a band record. The result is a mixture of sounds from all corners of the world, creating a sound that's as varied as the world's cultures. 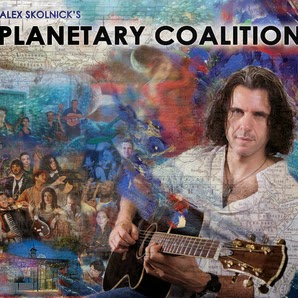 “A seriously cross-cultural acoustic album has long been on my bucket list,” states Skolnick, who forged a new sound for metal as the lead guitarist in Testament, went on to study jazz at the New School, and is often tapped as one of the world’s best players. “I wanted to pay tribute to the many diverse sounds from around the world that I loved.”Alex Skolnick 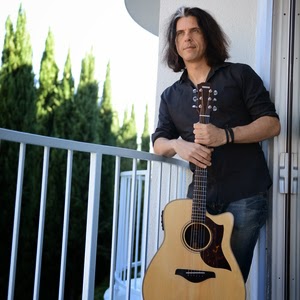 For Alex Skolnick, the step from metal and jazz guitar guru to world music instigator has proven remarkably small. Skolnick had toured the world, connecting with fans and fellow musicians from Argentina to Turkey and beyond.