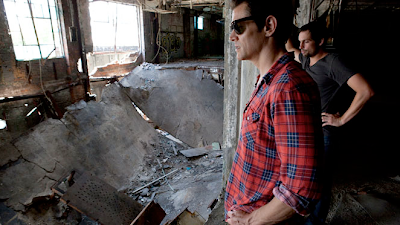 Once the fourth-largest metropolis in America—some have called it the Death of the American Dream. Today, the young people of the Motor City are making it their own DIY paradise where rules are second to passion and creativity. They are creating the new Detroit on their own terms, against real adversity. 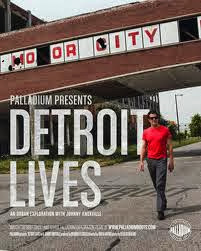 In it, Knoxville cruises the streets in a vintage Cadillac convertible talking to various local names -- Slows BBQ owner Phil Cooley and the Dirtbombs' Ko Melina and Zack Weedon among them -- and highlights what's being done to move the city forward -- instead of harping on where the city went wrong. "I can't believe there's nothing positive here, so we came to see what else is going on," the "Jackass" host says in the opening.