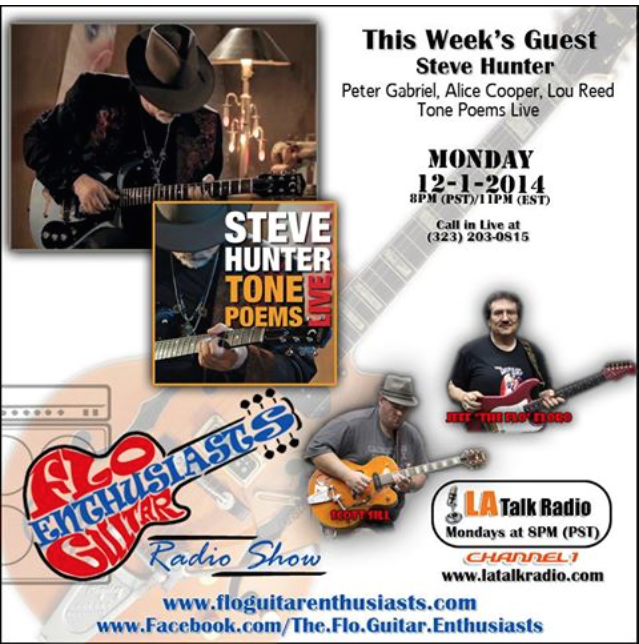 ‪#‎FLOGuitarEnthusiasts As you know, our show is all about tone, and this week's we really deliver it! But tonight we are also going to experience something else that goes along with great tone - taste, and our guest delivers both! Scott and Jeff welcome back Steve Hunter, who has been one of the most in demand session players and touring guitarists ever, recording and touring with Lou Reed, Alice Cooper, Peter Gabriel, and many others. And, Steve has had success also as a solo artist. We talk to Steve about his latest project, "Tone Poems Live," a live in-studio recording and video featuring Tony Levin on bass, Phil Aaberg on keyboards, and Alvino Bennett on drums and percussion. We will discuss the gear, Steve's tone, and the recording of this epic performance. Join us, 8pm Pacific time, 11pm Eastern time, at www.latalkradio.com on ch 1!
at 4:50 PM