Just got this lp tonight and have to say...I can't stop playing it! It has bite and soul together which is quite rare these days....Have a read and BUY THEIR RECORD! xoK

The Jones is a Detroit based rock and roll band. Oversimplified? Perhaps, but the essence of The Jones and why they are quickly becoming noticed is in that statement, and it is simply that they are indeed, a rock and ROLL band. Not just a ‘rock band’ as that definition has become far too vast in scope, but instead a true believer in the, groove-heavy rock and roll of the genres golden age. 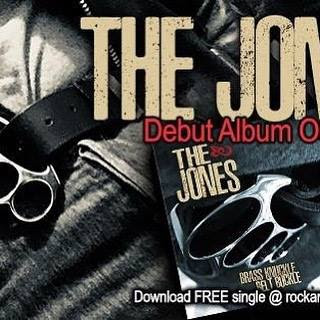 Not one of a myriad of sub-genres that have splintered off the original bliss that WAS rock and roll, but a true black and blue rock and roll band that is held up by the bones of classic rock pillars such as The Yardbirds,The Rolling Stones, Black Crowes and now by torch-bearers like Rival Sons and Greta Van Fleet.

The Jones was birthed from the dark hiatus forced upon Detroit band Bazooka Jones, whose tongue-in-cheek delivery of their own brand of dirty, punker-pop had critics comparing them to The Cramps and The Knack.

When Bazooka Jones had to call a time out due to bass player Killer Clyde Varneys illness, guitarist/songwriter Chris Jones looked for an outlet and way to release built up steam and began to write. “I had a strong desire to lose myself in the type of rock and roll that initially addicted me to the genre. I soaked in
1971-1973 for a bit, and started sketching. Organically. Quickly. Not giving it too much thought about what was ‘in’ at the moment. I’ve never cared for the latest fashion and wasn’t going to start now.”

He was joined by Bill Henrickson, premier, Detroit area drummer and the result would become The Jones. 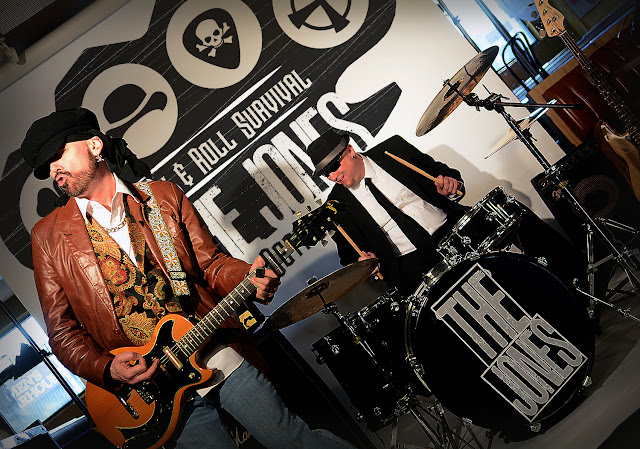 Their debut album ‘Brass Knuckle Belt Buckle’ is a twelve pack of groove loaded rock and roll that reminds us that true rock doesn’t care about the flavor of the day, but instead holds fast to its blues and funk roots. Crunchy guitar, attitude and hooks that could lift a tank. “It was really tiring of all the over-thinking that was happening in rock today.


C’mon people, it’s only rock and roll, it’s not that difficult to grasp really....groove/hooks/attitude.


The recipe could all fit in a fairly small tattoo. Plug it in, make it happen” says Jones. The album was completed and began getting notice even before it’s release. “Somehow a couple of the per-release copies got out and the next thing I know people are telling me they heard it on the radio, getting played on Detroit's WDET and WHFR and snagging the number one spot on Radio Indie Alliance.”

Synch licensing for an upcoming tv show and midwest tour dates are in the works.