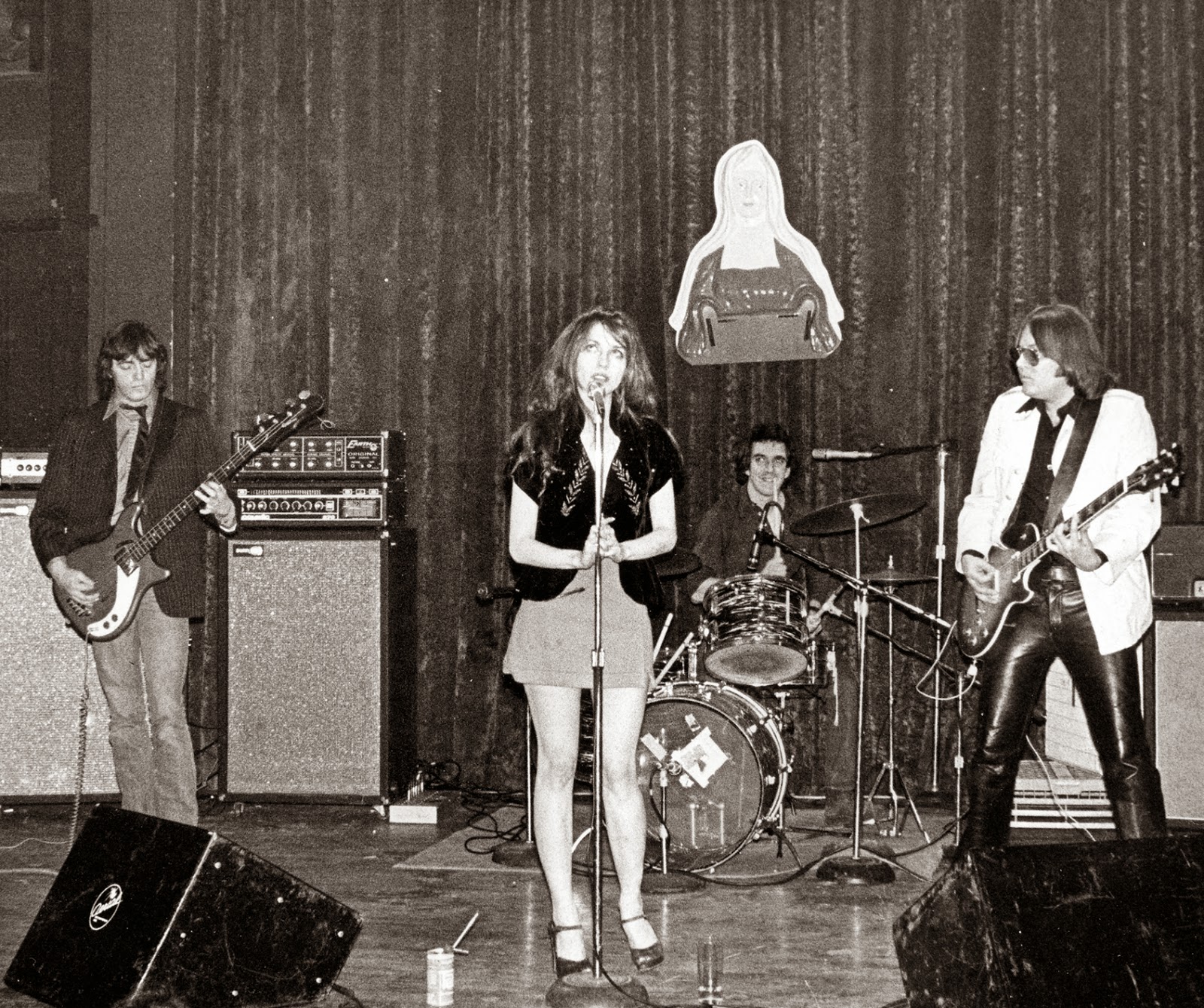 “Motherfucker it’s comin’ out of your pay”

The Destroy All Monsters story began as an art project in around 1974 with the meeting of University Of Michigan (based in Ann Arbor) art students Mike Kelley, Jim Shaw, Carey Loren and front-person (most commonly known as) Niagara. Their love, respect and interest for all things trash, outside, artistic, unconventional, free, unfettered and noisy brought them together and paved the way for sonic excursions and sound treatments that should most probably be described as un-easy listening, or even – as a fitting tribute to their hero Godzilla – monstrous; unless of course you have an ear for that sort of thing. An artistic and musical mix up of Sun Ra (a Detroit area favourite), The Velvet Underground, Beefheart, comic books, Beardsley, Man Ray, countless B-movies (gangster, monster, exploitation) and a healthy distrust and distaste for authority and the mainstream and you’ll very nearly have a half-cup of the kool aid the Monsters were drinking.

After a close encounter at a one of their (very few) performances you may have found yourself in love with the bands mixture of cheap organs, effects, feedback, moaning, saxophone, violin, clanging, bashing, squealing, squalling and their interpretations of classics like ‘Nature Boy’ or even Sabbath’s ‘Iron Man’. Alternately you may have wished you skipped dropping that second hit of purple micro-dot.

“The art collaboration was a group of us that jammed in a basement for about a year,” explains Niagara. “No one ever heard or saw us, except at a college art show. The earlier stuff was quirky and funny, in an anti-music way. We invented noise music, so they say.”

Hiawatha Bailey is a long-standing face on the Ann Arbor/Detroit scene, a close friend of the band who worked as road crew/sound man for Destroy All Monsters. As a performer in his own right he also shared many bills as a member of The Cult Heroes. He recalls seeing an early DAM show at the college: “It was kind of ’50s beatnik and way out in a way.”

It is after the departure of founder members Shaw and Kelley that Larry and Ben Miller joined the Monsters and helped to set off a newer, jazzier and refined approach to the art sonics of the earlier incarnation. But it was once former Stooges and MC5 members Ron Asheton and (a freshly released from prison) Mike Davis joined the gang that all bets were off and Destroy All Monsters became a more fully-fledged rock band with Niagara front and centre sipping on her (now legendary) can of Tab, her wild mane streaked and piled atop her head, and dressed in some of the finest mini-skirts, heels and leopard print brassieres the budget of an aspiring artist will allow.

“Mike (Davis/MC5) and I were in together at Lexington,” recalls Hiawatha. “After I was released I ended up staying at a friend’s place at Whitmore Lake on about 100 acres... Mike came up there for New Year after being at his father’s place in Detroit... I had set up some space to play... More people ended up coming over and Ron told me about Niagara.” It was up at this property that the new high-energy version of Destroy All Monsters first began to get it together.

It is without doubt that the signing on of Ron Asheton and Mike Davis and their contributions musically brought Destroy All Monsters out of the artistic shadows and onto the much larger world stage. The increasing profile of all things “punk rock” and the influence of Asheton’s and Davis’s former bands on the new “punk” groups – even though their previous bands had only been broken up a few years at that point – allowed Destroy All Monsters to get their mugs in magazines like Creem, Rock Scene, Bomp and others. Asheton’s knack for a crafty, hypnotic riff and his experience working with one-of-a-kind front persons clearly also helped broaden Niagara’s often monochromatic vocal styling’s and appeal.

You could say that Ron and Mike brought a bit more “chrome” in general to the Destroy All Monsters camp (pun intended). As interesting as some of the ideas of the early DAM incarnation were they were still a group of young artists exploring and learning how to apply their chosen aesthetics. Nothing wrong of course with artistic experimentation and it certainly works for Destroy All Monsters on the early tracks like ‘From Edgar Cayce’ or ‘Silver Noise Kill Kill’.