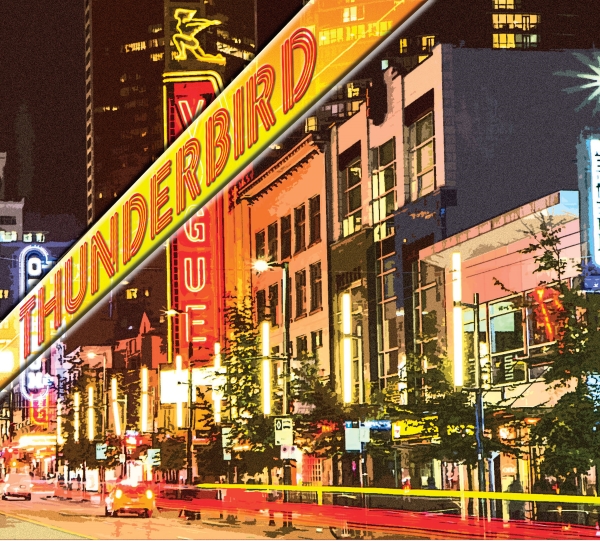 Canadian hard rockers Thunderbird are releasing their anticipated self-titled third album on Delinquent Records on April 25, 2018! “Thunderbird” was recorded in Vancouver BC, produced by Marc LaFrance and Kelly Stodola and mixed by famed engineer Mike Fraser.

Says lead singer & producer Marc LaFrance, “The album is like a collection of short stories. I am singing the songs as different characters, or telling their tales. A gallery of rogues from the dark side!”

The songs were written during 2016, after the band finished their last album “Heavyweight”. Recording began for a third album late 2016 at Vancouver's Armoury Studios with famed engineer Mike Fraser (AC/DC, Aerosmith, Van Halen). Sessions continued through the first half of 2017 at several Vancouver studios with other veteran engineers including Ken Burke, Kris Siegers and Mick Dalla-Vee. The finished album was mixed by Mike Fraser at The Armoury and mastered by Adam Ayan (Def Leppard, Foo Fighters, Queen) at Gateway Mastering. 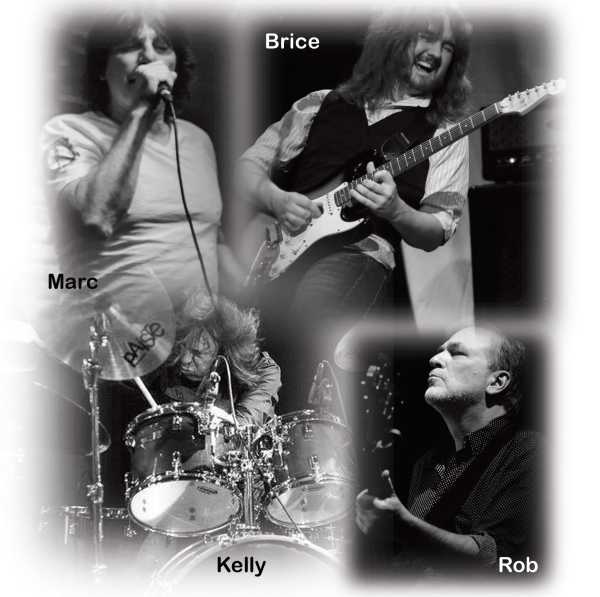 Thunderbird features:
Marc LaFrance (Vocals/Producer)
Very experienced, well-known and highly regarded in the music industry, Marc is not only a singer but also a drummer, songwriter and producer. He records and tours internationally with Randy Bachman and Bachman Turner as well as his own band Cease & Desist. He has contributed to over 100 albums, and countless sessions on recordings by Motley Crue, David Lee Roth, Bon Jovi, The Cult, Loverboy, Glass Tiger, Alice Cooper, Blue Murder, Scorpions, Cher and many others.

Rob Becker (Bass)
Award-winning bassist Rob Becker has been an active part of the Vancouver music scene for decades and maintains a busy schedule of touring and session work. He has recorded and performed with many artists including Colin James, Patricia Conroy, Barney Bentall, Jim Byrnes, Ridley Bent and Lee Aaron to name a few. He can be seen performing regularly in the US and Europe and has recently been on stages in Scotland, England and Australia. His extensive background in playing live and in the studio, combined with formal musical training, makes Rob musically versatile.

Kelly Stodola (Drums/Producer)
Kelly is immersed in session work and live performance in many diverse styles and has been heard across North America on alternative college radio and mainstream hard rock stations as well as country television. Credits include Lauren Starchuk, Version 3, The Blue Voodoo, Featherz Edge, The Steve Sainas Band and Magnus Rising. He continues to keep a busy schedule on the Vancouver music scene and looks forward to many more years of making music.

Brice Tabish (Guitars)
Brice Tabish may be only in his mid-twenties, but knows more about classic hard rock and metal than people who were there at the time! He is a real student of the genre and lives and breathes it. Already a seasoned player on the Canadian scene, Brice tours with 'metal queen' Lee Aaron and has recorded with the likes of Andrew Oldham (Rolling Stones). He performs live regularly in the Vancouver area with Las Divas and the John Pippus Band.

The songs and lyrics will be available after release on the band's YouTube channel:


Here's what the press have already said about Thunderbird:

“Aggressive energy and raw edge...Hard rocking and based on some smoking riffing” - Music Street Journal (USA)

“Hard rock veterans, Thunderbird are keeping the genre alive and well, and are doing so with original, hand-crafted material.” - The Ark of Music (USA)

“Buckle your seat belt...A refreshing sound that harkens back to the glory days of hard rock music...helping to keep the torch burning for fans that still crave that classic rock sound that will never die.” - Metal Nexus (USA)

“Thunderbird know how to rock and they do it with style.” - Middle Tennessee Music (USA)

“Blasting through your speakers with riffage of AC/DC-level intensity...The guitar is chunky and virtuosic, the drums thunderous with machine-gun-like fills.” - Coyote Music (USA)

In closing the band has this to say to their fans worldwide, “Keep on Rockin'!”

For more information: http://facebook.com/thunderbirdtheband
at 8:01 AM No comments: