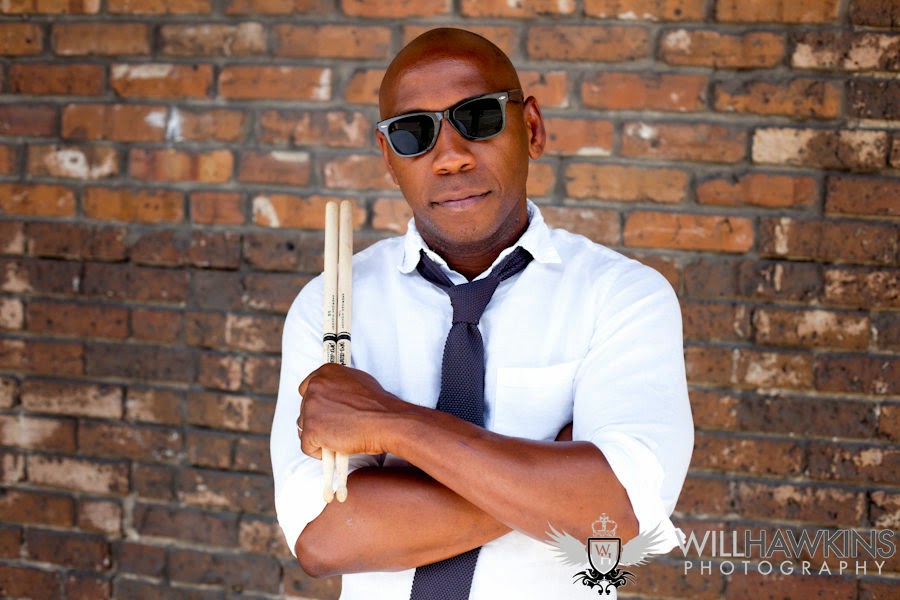 
April 22nd, 2015 - New York, NY - Skoota Warner has been called "The Drummer's Drummer" due to his ability to play anything from ballads to rock, funk to R&B, pop to hip-hop, jazz to blues and everything in-between. All of these influences, and the help of a few good friends, created his new solo album 'Vignettes.'

The musicians who collaborated in the process are as diverse as one could expect from DJ Logic to Jorma Kaukonen of Hot Tuna who said “Skoota Warner is one of the very best rock drummers I have ever worked with, and I’ve worked with plenty over the last 50 years. Whether Skoota is behind the kit or in front of the band… quite simply, he gets it done… every time!  That’s right… every time! It was an honor for him to ask me to play on his session. I’ll do it again any time!"
Recorded at OWG Studio and Home Studios in New York City ,  ‘Vignettes’ is a collection of songs that Skoota describes as an eclectic mix of rhythms and genres of music that have greatly influenced him:  “It’s a labor of love composed of snippets of everything I love.”  A truly collaborative effort with a diverse group of guests, the album was created both via file sharing and live in the studio.

Also on the record is David Fiuczynski of Screaming Headless Torsos:  “Working with Skoota is an absolute blast!  He plays with this infectious joy and has the greasiest, most beautiful pocket in the business!  As far as I’m concerned, Skoota is the Cadillac of drummers!!!”
Click here to play Man Of Value (Cleared for posting):

After high school Skoota moved to New York City to chase his drumming dreams. He started out as a street musician playing for tips in front of The Plaza Hotel.  Here, he caught the attention of Pepeu Gomes and Baby Consuelo, Brazil’s top pop artists.  At only 18, Skoota left for Brazil where he played gigs with Pepeu and recorded several albums.

After two years, he returned to New York, sharp from his South American experiences, landing him gigs with blues musicians Johnny Copeland and Johnny Johnson as well as joining the house band for the famed Apollo Theater’s Amateur Night; backing up R & B, Funk, and Hip-Hop talents such as Keith Sweat, Big Daddy Kane, Biz Markie, Doug E. Fresh, and Special Ed.  Skoota became known for his impromptu breakbeat rhythms on stage.


In 1996 Skoota released his first solo record 'NGA Style' on Popular/Radikal Records which charted on Billboard's Hot Rap Singles.  The same year, he and three other friends formed the band Ra, an alternative metal band that saw success with the release of their first EP after WAAF in Boston championed the band by putting their track Do You Call My Name into heavy rotation. This led to their debut album for Univeral Records 'From One' getting to #14 on the Billboard 200 in 2003.

Since the nineties, Skoota has played for some of the hottest artists of all time - Santana, The B’52's,Lionel Richie, Cyndi Lauper, Mary J. Blige, Patrick Stump, the Brecker Brothers, Matisyahu,Yerba Buena and Philippe Saisse. He was also a member of Dave Koz & The Kozmos, the house band for The Emeril Lagasse Show. In 2009, he began touring with Jefferson Airplane founding members, Rock and Roll Hall of Fame guitarist Jorma Kaukonen and bassist Jack Casady of Hot Tuna fame and also currently plays in Cyndi Lauper's band.

Why such a long wait to make another solo album? Skoota explains: "I write music all the time and really missed recording and producing my own songs. I’ve experienced a lot personally and musically over the past twenty years and felt the time was right to put out another CD.  Getting to work with my very talented friends was fantastic and made the project come to life."


11. Before I Let Go My Zydeco (Feat. Donna Angelle and Sara Devine)