ROCKIN THE WALL: 25TH ANNIVERSARY OF THE FALL OF BERLIN WALL DOCUMENTARY

Rockin' the Wall – 25th Anniversary of the Fall of the Berlin Wall - Announcing US Theatrical Tour & DVD and Digital Release! 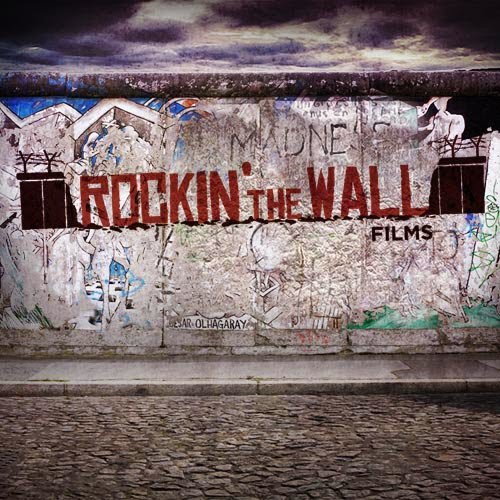 Studio City, CA - Lightyear Entertainment and Specialty Studios, in association with Rockin' the Wall Studios announce the Consumer release of “Rockin' the Wall” on November 4th, 2014. And a US Fall 2014 Theatrical Tour in commemoration of the 25th Anniversary of the Fall of the Berlin Wall. The feature length documentary offers an entertaining exploration of the power of rock music as a force for social change & liberation.

The film by Larry Schweikart and Marc Leif is based on Schweikart's book “Seven Events That Made America America.” It shows how music become a liberating force behind the Iron Curtain and helped give strength to the anti-communist revolution.

The documentary features interviews with several well-known rock musicians, including David Paich (Toto), Robby Krieger (The Doors), Jimmy Haslip (Yellowjackets), and Rudy Sarzo (Quiet Riot), and Mark Stein (Vanilla Fudge), as well as individuals who experienced life behind the Soviet controlled side of the wall.

The official motion picture soundtrack for “Rockin' the Wall” includes more than a dozen original or newly performed songs, featuring powerful re-makes of 60's and 70's classics “Ball of Confusion,” “People Got to be Free,” and “Train Kept a Rollin'” as well as original songs by Mark Stein of Vanilla Fudge, Peter Rivera, and Mother's Finest, as well as all songs performed in the film.

“Music has the power to change the world!” - David Paich (Toto)

Schweikart is going 'on tour' with the film and will be participating in post screening discussions providing audiences with a rare opportunity to get an even better understanding of this monumental moment in history.

(All dates and locations are posted on the film's website: www.rockinthewallstudios.com)
at 12:34 PM No comments: