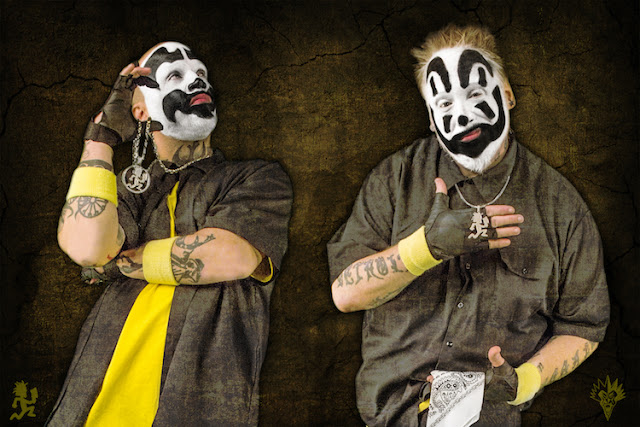 FANS WILL GET AN EXCLUSIVE BONUS LP, FLIP THE RAT, WITH PROOF OF PURCHASE OF FEARLESS FRED FURY

Los Angeles, CA (January 22, 2019): Insane Clown Posse, one of the best-selling independent groups of all time, proudly announce the release of their brand new full-length album, Fearless Fred Fury (aka “FFF”), on February 15, via their own label, Psychopathic Records.

FFF is the fourth Joker’s Card to be released from the second deck. Fans can pre-order the album now HERE.

There will be FFF listening parties held on release day (see list below). Local performers will play at these events, and a Psychopathic Records artist or host will be at each event.

The admission cost is simply to purchase a FFF album. Fans can buy tickets in advance, then they’ll exchange the ticket for a copy of the record at the event.

Additionally, fans can get an exclusive bonus album, Flip the Rat, with their purchase of FFF. When fans buy a physical copy of FFF, there will be a one-time-use promo code located on a card inside. Flip the Rat is not available anywhere else.

Fearless Fred Fury took over two years to create, and the end result is well worth the wait. ICP hasn’t released an album since 2015’s The Marvelous Missing Link (Lost/Found). Raw, terrifying, and uncompromising, FFF is a testament to the creativity and musical prowess that have made Insane Clown Posse true pop-culture icons.

According to ICP’s Shaggy 2 Dope, “I'm so proud of FFF! We were able to sit back and take our time on this record. Because we took our time, we came out with one of the best records in the deck of Joker Cards we've ever produced. FFF varies from all the different records we have done. 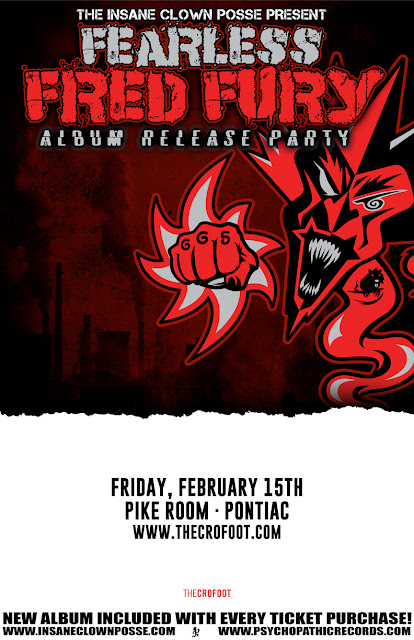 Instead of being any type of inspirational or trying to help the little man out by doing the right thing, this time we're like, ‘It's time to fight back and take what the f*ck is ours!’”

Violent J continues, “Yes, FFF’s album's theme or message is to fight back! Are you unhappy with something about your life? Fight Back! Too skinny? Too fat? Fight Back! Hate your job? Fight Back! You’re the only one who's ever going to take command of that vessel that is you and steer it to wherever you want to be in life. Every Joker’s Card album has a message to it, and the whole FFF flavor is a definite favorite of mine.”

FFF's final track, “I Like It Ruff," is the most disturbing work of ICP's entire career. Because of the sadistic sexual nature and the extreme violent content that follows, the band wishes to advise a warning: "Continue listening at your own risk."

Celebrating over 20 years together, Insane Clown Posse has released 25 albums and sold nearly 12 million copies worldwide. ICP emerged from Detroit’s underground music scene in the early ‘90s, with a hardcore hip-hop style comprised of musical stories and a unique mix of controversial and cartoonish lyrics.

The face-painted duo of Violent J and Shaggy 2 Dope have smashed through the ceiling of the music industry’s expectations, amassing their own dedicated legion of millions of fans. ICP has consistently released a steady stream of albums, compilations, music videos, wrestling promotions, films, outrageous events, and signature merchandise. Insane Clown Posse's annual Gathering of the Juggalos has grown to become one of America's most eclectic and celebrated summer music festivals.

More release parties to be announced soon!
at 10:08 AM No comments: 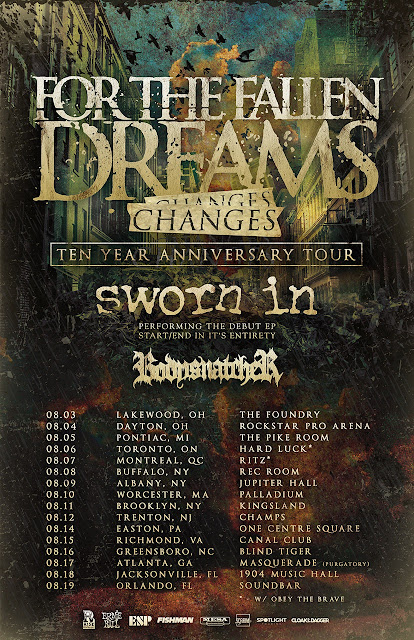