THE DEACON OF ROCK BITES BACK!! STEVE HUNTER'S NEW CD! 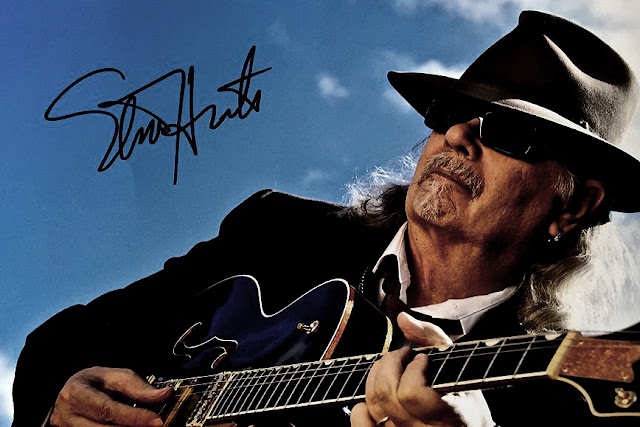 Our dear friends Steve and Karen Ann Hunter have released a new album
Guitar legend Steve Hunter's “Before The Lights Go Out”. We have our copy and just keep playing it over and over. Steve's unique guitar style is such gorgeous music. Thank you Steve and Karen!! xoK

Here is the official press release from Glass Onyon below:


The Deacon Of Rock Bites Back!

“Before The Lights Go Out” is long time Alice Cooper/Lou Reed Guitarist Steve Hunter’s latest solo album. The cover art and title make a statement about his failing eyesight, but don’t make the mistake of thinking this is a quiet wave goodbye. As soon as you put on the first track, you will know that this is more like a Blues Rock Declaration of Independence! There are sexy grooves, luscious guitar tones and melodies galore.

As with all Hunter’s releases, there is some diversity and sound imagery, not least of which is Tienes Mi Corazón where alongside his nylon string improvisation comes the sound of his own heart. And listen out for Joe Satriani adding his fire to the heat of “Mojo Man.”

Also joining Steve on a couple of tracks are two great Bass players: Erik Scott can be heard on “Mojo Man,” Erik is also an Alice Cooper alumni. On “Under The Bodhi Tree” is Andy Stoller. Steve and Andy toured together with Tracy Chapman during the “Telling Stories” album period, most recently Andy has been touring with Ann Wilson of Heart. 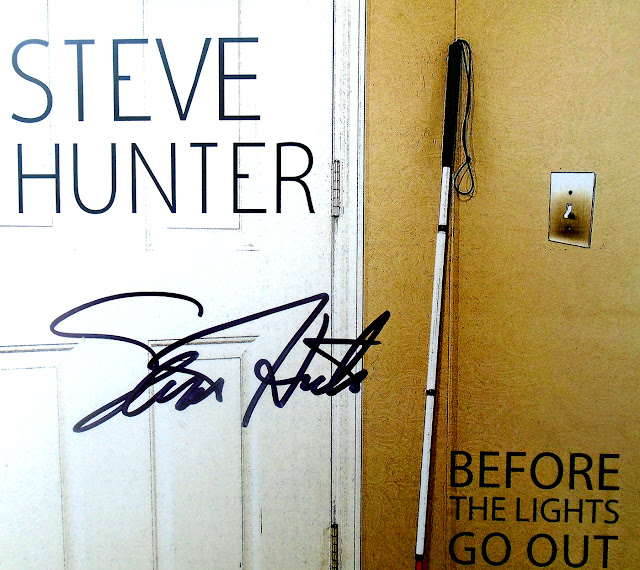 Says Steve, “This album was a real joy for me on many levels. A big part of the inspiration and motivation that kept me going; was from all the people out there who had faith in me and encouraged me through the entire process with their donations and comments. It was really a wonderful experience having you all be a part of it. It’s my deepest hope and desire that you all enjoy the music on this album as much as I enjoyed making it. Thank you and God bless!”


Steve Hunter is his own man; he has been around the block with a forty-five year career.

From his 1973 solos on Alice Cooper’s “Billion Dollar Babies” album, his legendary acoustic work on Peter Gabriel’s “Solsbury Hill,” his “Intro” to Lou Reed’s “Sweet Jane” and his searing opening solos on Aerosmith’s version of “Train Kept A Rolling” Most recently he can be heard on Alice Cooper’s 2017 album “Paranormal” making this his ninth Cooper album appearance. The Deacon is not done yet but his life is evolving! He has challenges playing live now but his honed skill, tone, power and soul, is dished up on this hot plate of guitar driven instrumental tastiness.


Order your copy today!
Before the Lights Go Out

Tracks:
1. On The Edge Of Uncertainty
2. Mojo Man
3. Summer’s Eve
4. Cinderblock
5. Softtail Deuce
6. Tienes Mi Corazón (You Have My Heart)
7. Ice Storm
8. Under The Bodhi Tree
9. The Other Side Of The Coin
10. Happy Trails (vocal Karen Hunter) 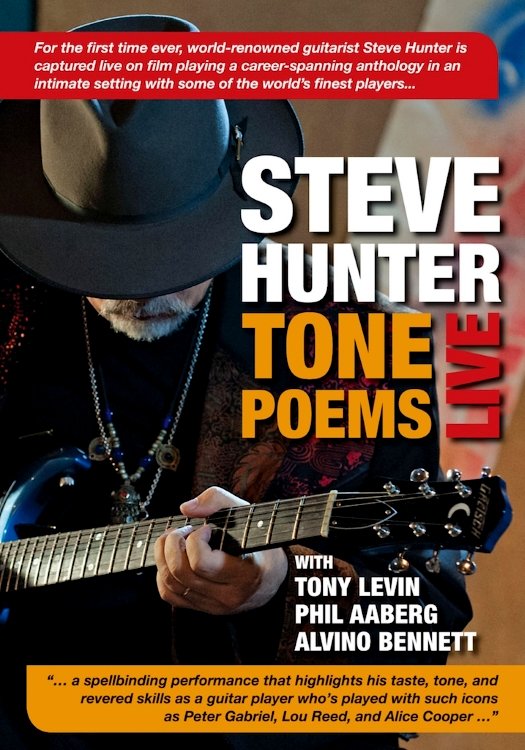 “Steve is a wonderful musician with great chops and a big heart.” - Peter Gabriel

Los Angeles, CA - For the first time ever, Blues Rock Guitarist Steve Hunter, renowned for his work with Peter Gabriel, Lou Reed and Alice Cooper, is captured on film playing a career-spanning anthology in an intimate setting with some of the worlds finest players. 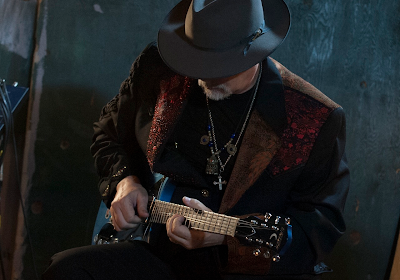 They rehearsed for two days and filmed on the third day as though it were in front of an audience. Fourteen tunes, each played twice, with no overdubs added later. The material was chosen from most of Steve’s solo albums plus a few covers, including ‘Solsbury Hill’ ‘What’s Going On’ and Stevie Ray Vaughan’s ‘Riviera Paradise’.

“The soulful notes that Steve Hunter plays have the perfect balance of fat warm tone, taste and personality” - Steve Vai

This is the first time Steve Hunter has ever been filmed doing his own material plus material of his own choice. Steve is now legally blind and all though not out of the question, touring has become more of a challenge. The recording session was produced and recorded by Brian Brinkerhoff and Paul Lani. 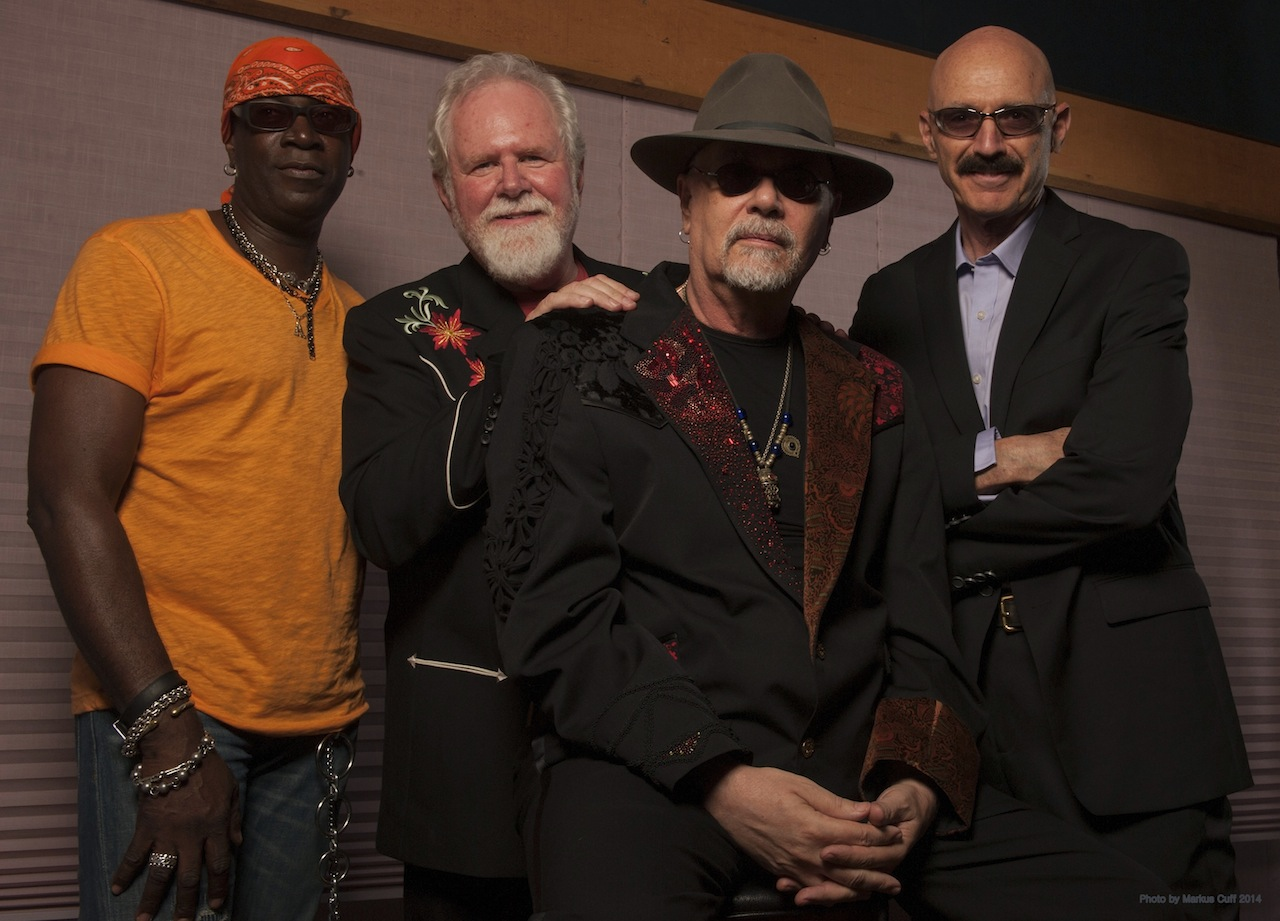 Tony Levin: “Steve is one of those wonderful musicians who speaks from the heart”

Phil Aaberg: “There’s something about the subtlety, the texture and the tone quality that he gets with an individual note, to me that’s a great guitar player”

Jason Becker: “I can't put into words how much your soul comes out of your fingers. Everyone should see and hear this DVD”!

Watch some of the DVD: https://www.youtube.com/watch?v=TvG1x5og8eg