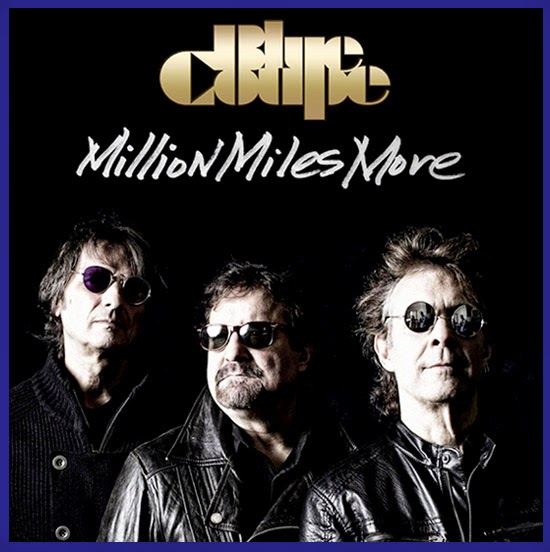 I was playing a show with my band a couple of years ago at Bowery Electric, just a block away from the old CBGB's. Al Bouchard, BOC drummer, showed up. After the show I joined him at the bar and we had a good time catching up. (The last time I had seen him was when Radio Birdman played in NYC in 2006) 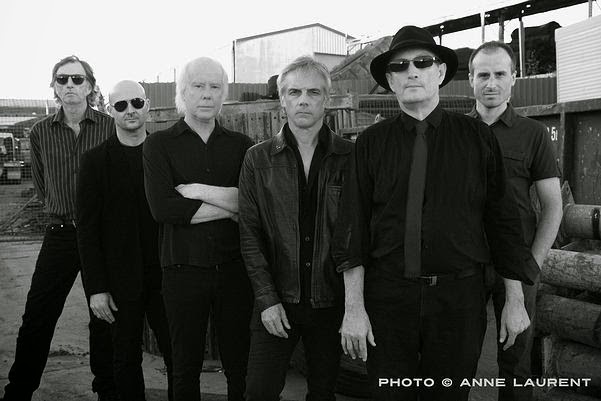 He told me he about his band, Blue Coupe, with his brother Joe and Dennis Dunaway, the original Alice Cooper bass player. BOC and Alice were two of my favorite bands. (We named our first album Radios Appear after a BOC line from the song "Dominance and Submission") 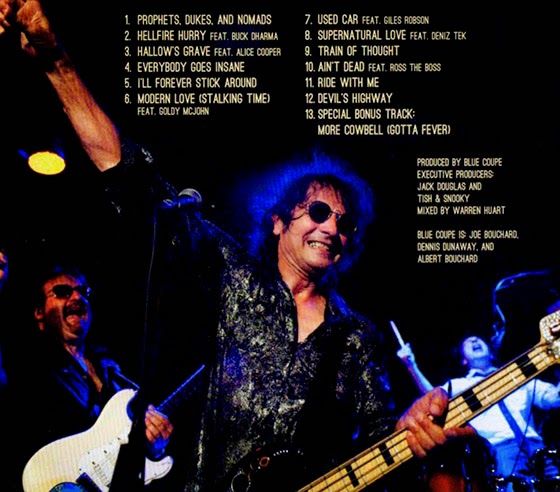 Over the years I've been inspired by and covered many of their songs. I was intrigued by the idea of "Blue Coupe". I had already heard about them from pal Andy Shernoff, who had done a few shows with them up in Canada, and was writing some material for them. Al asked if I would be willing to contribute some guitar to the next album which was to be Million Miles More. I said sure thing. 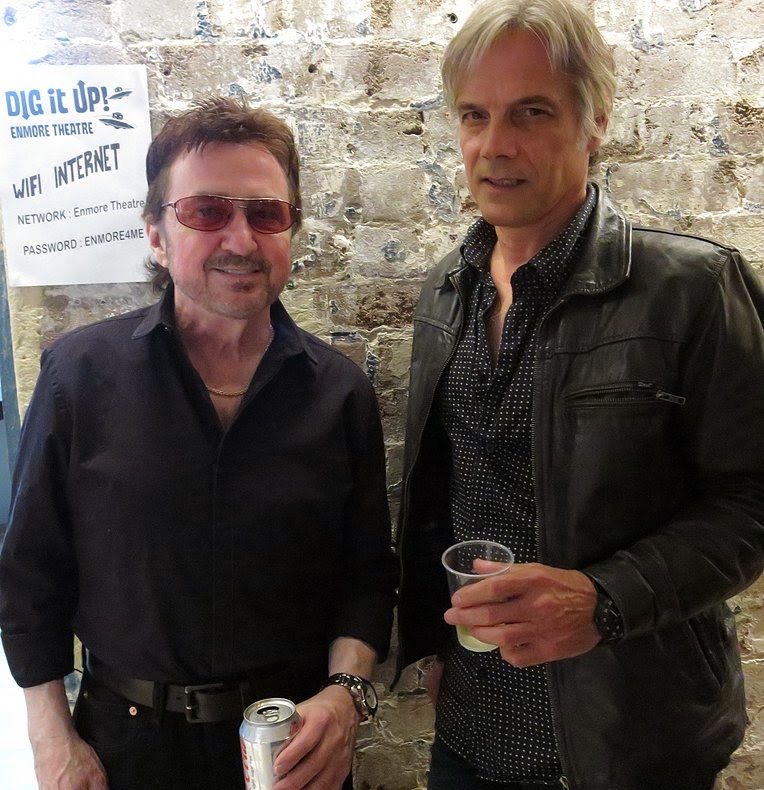 A couple of months later Al sent me audio files for the track, "Supernatural Love", a beautiful pop song written by Andy. It was right up my alley. I spent an afternoon in Bob Brown's studio recording guitar parts for it, sent it back, and some months later it showed up on the album. I was pleased and honored to get to play on an album with these icons of rock and roll, and to be a featured guest along with guys like Buck Dharma, Alice Cooper, and Ross the Boss.

These days, it's common to be recording not in the same room or same city, but often, not even in the same country as the other musicians. Sure is convenient, but not very good for comradeship or photo opportunities... so, unfortunately, there are no photos ! Deniz Tek