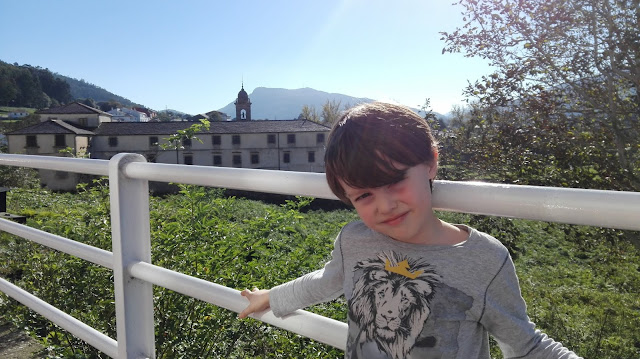 I pick Pony Boy up from the bus stop after school most days.

If it’s sunny I wait sitting on a brick wall swinging my legs and looking out over a 12th-century convent to the low green coastal mountains, disappearing into soft haze.

The bus swings round the corner pretty much right on the button and Pony Boy bursts out, talking a mile a minute about how he didn’t do anything at school. 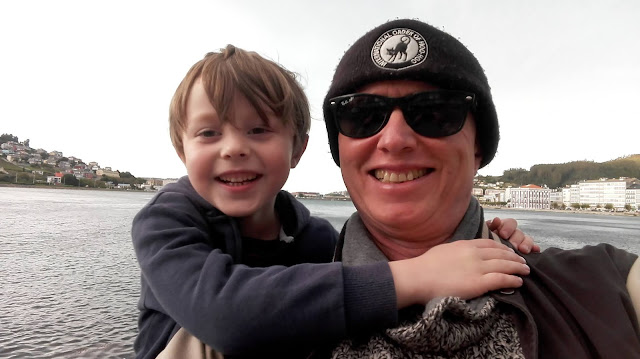 We’ll stop at a bar on the way home. Spanish bars aren’t the frosted glassed sleazy dives we used to stand in fear and wonder outside of as kids in northern Canada. He’ll continue his monologue over hot chocolate and churros, stopping occasionally to talk to one of the patrons in whatever language suits them, which in this joint usually means “Deep Galego”.

Most of the old folks in town know Pony Boy. On those sunny days they’ll all be out sitting along the walkway beside the bay in the precious sunshine. He’ll stop and say hello to them, making sure that the ones who don’t see so well know it’s him. He shakes their hands or gives high fives. They’ll talk for a while about this and that while I stand back and watch.

If we don’t notice them when we walk past, they’ll wave and yell “Hola!”. He waves back and yells, telling them where we’re going.

We seem to have become a fixture. If I’m out on the street by myself, people I don’t even know will ask “You’re by yourself today? Where’s your boy?”

As we walk along he keeps up a running monologue, mostly about the various ways you can defeat zombies or the mechanical attributes of the robots he likes to build. 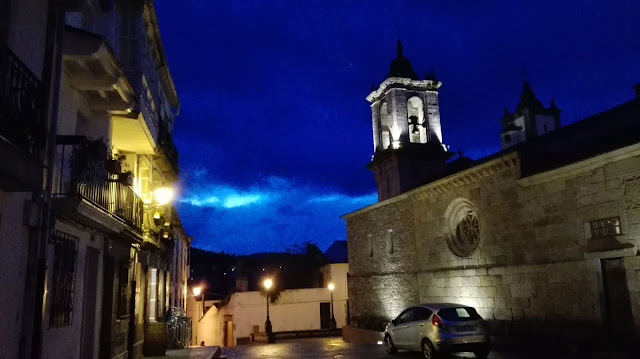 We’ll usually end up walking along beside the water to the music school and we’ll stand outside for a while, playing by the antique cannons and listening to the students clamouring away.

Violin concertos, bagpipes, rock bands...it’s the luck of the draw on any given day.

Some days we’ll walk further along the waterfront to the sports centre.

In July you can forget about swimming for a few weeks. Viveiro is home to Resurrection Fest, one of Europe’s biggest metal/thrash festivals. When that’s on, it’s impossible to get to the pool. It’s annoying.

A couple of years ago Motorhead did their final concert there. Last year Iron Maiden played. This year it was KISS and Scorpion. 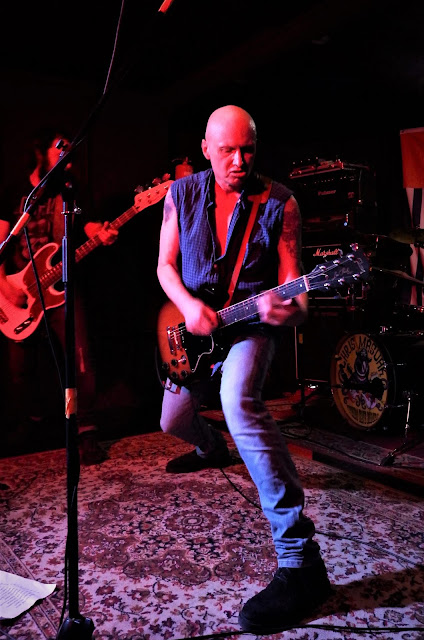 We can hear it all from my place at the far end of the bay..

During the festival our medieval fishing village is choked with people. At first the locals were worried about all those strange kids with tattoos, piercings, dressed in black.

These days, they don’t even bother calling in any extra police. The 60,000 concert goers cause less trouble and are infinitely more polite than any couple of drunken Brits!

In August there’s a giant festival stage set up in the town plaza. Every night music drifts out across the water and echoes against the hills.

The bars are overflowing and while you listen to the concerts you can fill up on the free tapas!

The other night I was making my way back home after playing a Rock 4 West Papua benefit. It was 4 AM and the streets were still buzzing with activity. Some kids recognised me and yelled “Hey, Masuak!”

Without even trying, Viveiro Rocks!