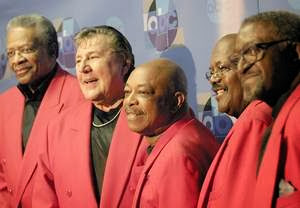 DETROIT NEWS:
The Funk Brothers, Motown's famed backing musicians, will be getting a star on the Hollywood Walk of Fame on March 21 in Los Angeles. Percussionist Jack Ashford and guitarist Eddie Willis, as well as several of the late Funks' family members will be there to bask in the glow of the Tinseltown honor. "This is a once in a lifetime opportunity; I couldn't miss this," said Joe Hunter Jr., son of the late pianist Joe Hunter, the first bandleader for Motown's band in 1959. He scraped up the money to fly out with his wife. "Too many people sacrificed to make this happen." 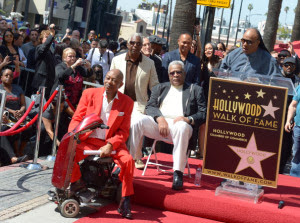 The march of time has depleted the ranks of the Motown band over the years since their 1960's heyday. Most of the Funks were older than the Motown stars they backed up, having come to the "Snakepit" recording studio at 2648 W. Grand Blvd. as seasoned pros from Detroit's vibrant jazz scene.


Hunter had already been touring for years backing up Hank Ballard & The Midnighters, Little Willie John and other R&B greats before setting foot in Motown's studio. Several key members of the group were gone well before Allan Slutsky's book about Motown bass legend James Jamerson, "Standing in the Shadows of Motown" came out in the late 1980s. Jamerson died, largely unknown, in 1983, and drummer Benny Benjamin had passed on years before that in 1969. FULL STORY HERE