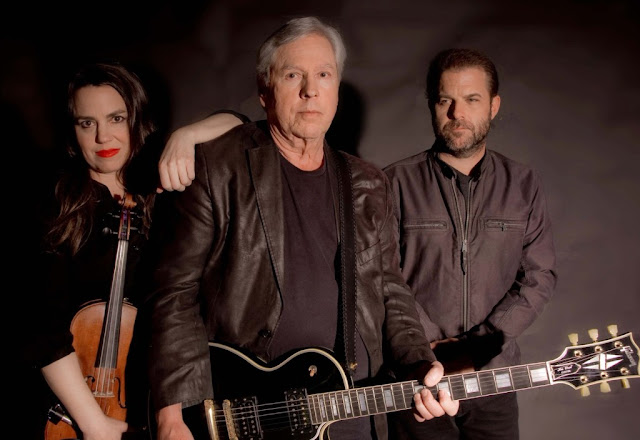 James Williamson of The Stooges has started a new band with Frank Meyer of The Streetwalkin' Cheetahs and Petra Haden of that dog. It's called James Williamson & the Pink Hearts and they will be releasing their debut album Behind The Shade on June 22 via Leopard Lady records. Order it Below. 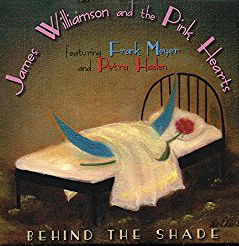 Behind the Shade by James Williamson & the Pink Hearts will be released on LP+CD, standalone CD, and digitally by Leopard Lady Records on Friday, June 22, 2018.

The origins of the Pink Hearts stretch back to 2012 when Williamson was searching for backing singers to appear on what would become the final Stooges album, Ready to Die (2013). Latter-day Stooges bassist Mike Watt suggested his friend Petra Haden to Williamson. “Petra came in with her violin and blew me away with her playing and singing,” recalls Williamson. “Months later when we recorded the basic tracks, I included her on what would become Ready to Die’s closing track, ‘The Departed’.”