VOICE OF ADDICTION TOUR STOPS IN DETROIT 9-27 AT SANCTUARY! 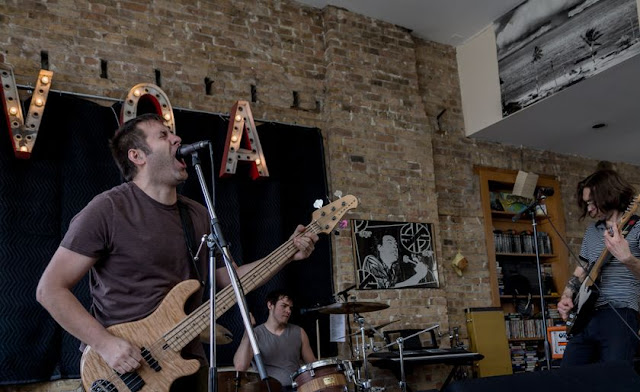 The exasperation and rage Ian “Johnny X” Tomele felt about our new bizarro America is fueling an explosive new chapter in the life of Chicago punk powerhouse Voice of Addiction. 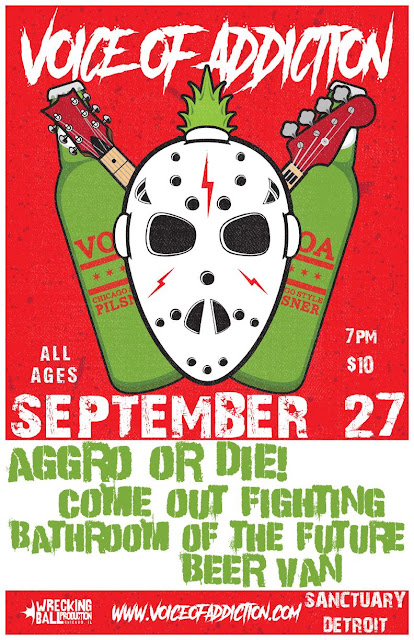 While raging against the machine with enough spit, grit, fire and angst to fill the deplorable 24 hour news cycle, the singer covers the waterfront of problems plaguing us.

Kicking them off is “Rustbelt,” an explosive rant about the despair people in his hometown of Cleveland felt during the time he was growing up, when the jobs they counted on for years were suddenly lost to economic circumstances beyond their control.

The track is included on Revolution Vol. 1, a new compilation spotlighting 12 of today’s hottest punk bands on Bongo Boy Records.

Hitting and fraying more than a few nerves in the punk press, the album’s insane ongoing critical acclaim continues to add momentum to a dynamic slate of happenings throughout 2018 – including a summer West Coast tour with a whole new lineup, filming live performance videos at Portland, OR’s Bridge City Sessions and the highly anticipated release of “Punk Band,” a full length documentary chronicling the band’s crazy 2016 Midwest and West Coast Tour.

Voice Of Addiction are politically charged and socially conscious Chicago based punk-rockers. V.o.A. has been around over a decade doing 1,200 shows across the U.S. & Canada. Having 6 official releases & independently selling 7,000 physical copies (as well as being involved in countless compilations, and digital sales) these boys have proven they are a force to be reckoned with.

And a feature length documentary from the last west coast tour "Punk Band" is due to be released in 2018.