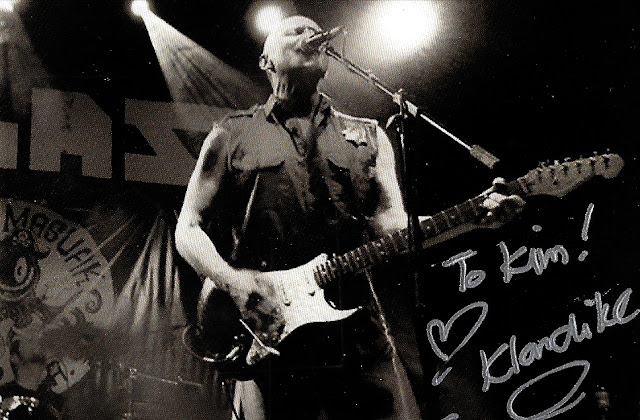 Chris "Klondike" Masuak is a pioneer of Australia's underground rock and roll scene, a guitar hero and a member off the Australian Rock and Roll Hall of Fame.

Canadian-born and Australian-raised, he joined seminal Sydney band Radio Birdman as a teen, went on to Australia's hardest working act, the Hitmen, and tasted US chart success with the Screaming Tribesmen.

Masuak honed his craft in the teeming Oz pub rock scene and now divides his time between Australia and Spain.

"Bruita" is his third solo band album on Sydney label I-94 Bar Records. It's a return to his rock-pop roots and shows his songwriting smarts and soulful yet powerful guitar style.

"Brujita" is a return to hard rock-pop roots for Masuak. Propelled by a nimble engine room and Klondike's scorching guitar, it's a rock and roll record tempered by his trademark melody lines and pop smarts. It features 12 tracks (two of them exclusive to the CD edition) and most of them are instant anthems.

From the rollicking "Viveiro Rocks" to the raucous ode to Detroit's diva, "Niagara", this is an album of high-energy rock-pop rifferama. From the stinging Birdmanesque "No Younger" (based in part on a song Chris wrote for the Birdmen back in 1996) to the Flamin'-Groovies-meet-the-Dictators swagger of "Another Lost Weekend" (a re-recorded version of a vinyl single) to the acidic reflection of "Bird Brain", it's a gem. 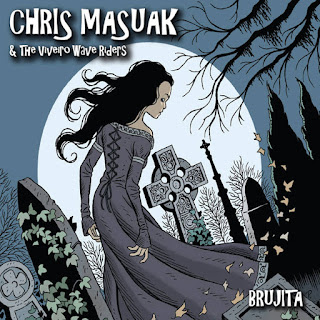