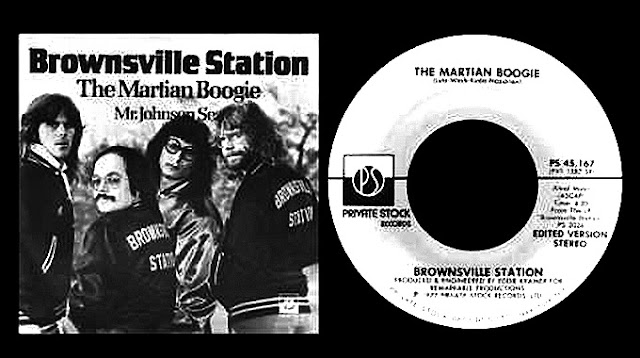 and finally - here's to you Cub -
a great musician, a great musicologist, and a great friend until his dying day.
at 12:34 AM

"Lady Put The Light on Me" should have been a hit. It sounded commercial enough without being 70's Stadium cheese. H-Bomb played that great "It rocks and yet it swings' beat , comparable to Brian Downey of Thin Lizzy'. British Pub Rock gods , The Pirates , recorded it , too. But , as great as "The Martian Hop" is , it probably hit the shut can with a lot of American DJ's , becaus eit would have been deemed a Novelty (Which it is , but , it rocks hard.), and , if there were no folders of white powder enclosed with promo copies , good luck.